Bags of the Month: A Forgotten Treasure!

Coming upon something great that you didn‘t expect is always fun. I was surprised at what I found on our website one day!

The full set of 12 Bags of the Month. All photos by Joe Coca

Do you ever go up in your attic or dig into your stash and find something you don’t remember having and wonder where it came from? That’s the feeling I had about 3 weeks ago when I happened upon some old posts on our website that were all titled “Bag of the Month.” I found a few that were created in 2007 and others from 2008. I did a little more digging and eventually found a whole year’s worth, as in 12. As a result of moving from the old website to HandwovenMagazine.com, the posts had lost some of their important parts, but what wasn’t lost were the free PDF downloads.

With some help from our intern, Elliot, I was able to refresh and clean up the 12 posts, which meant adding headers and short descriptions. The selection of bags is incredible: They run the gamut from tiny to large, from simple to complicated, rigid-heddle plain weave to 8-shaft intricate patterns. There are a couple woven on peg looms, one that is woven shibori, and still another one that is woven Saori-style.

I’ll start with the first three and work my way through the whole shebang, three at a time. All of these patterns are available as free downloads. Take your pick or pick all 12. Follow the links to the posts with the downloads. 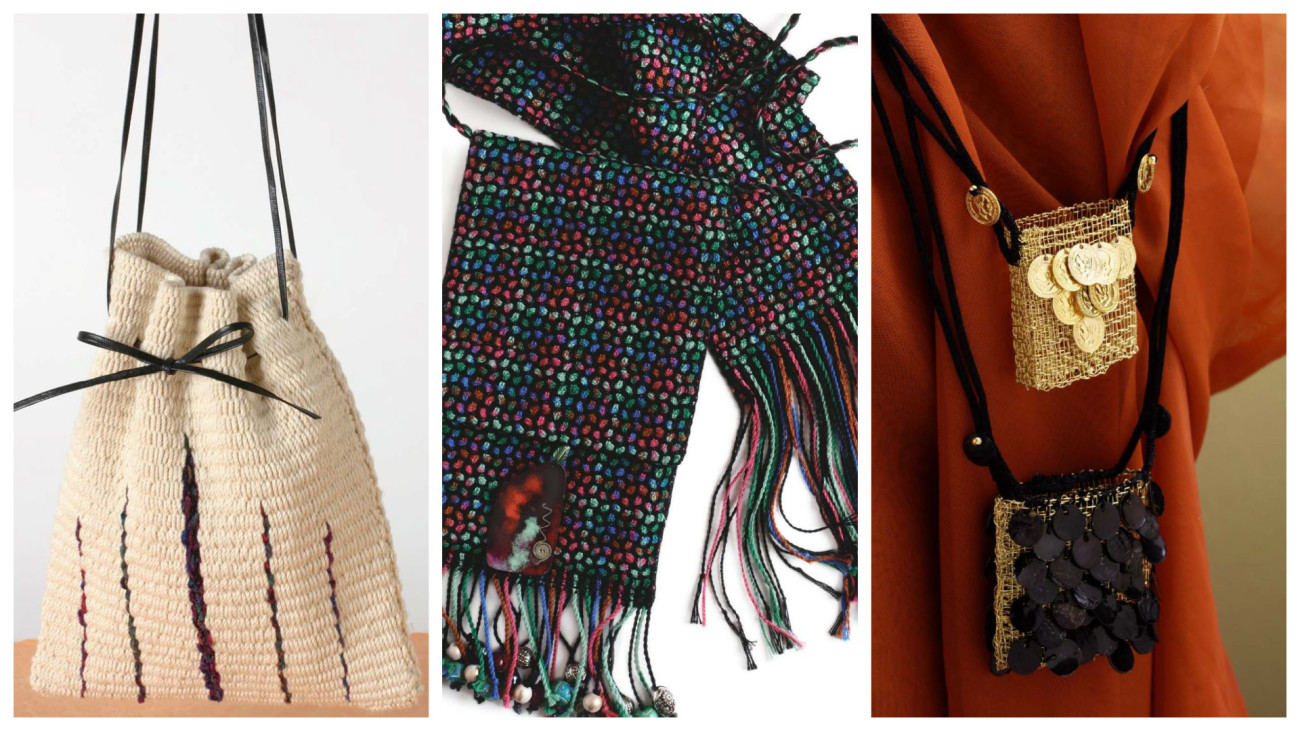 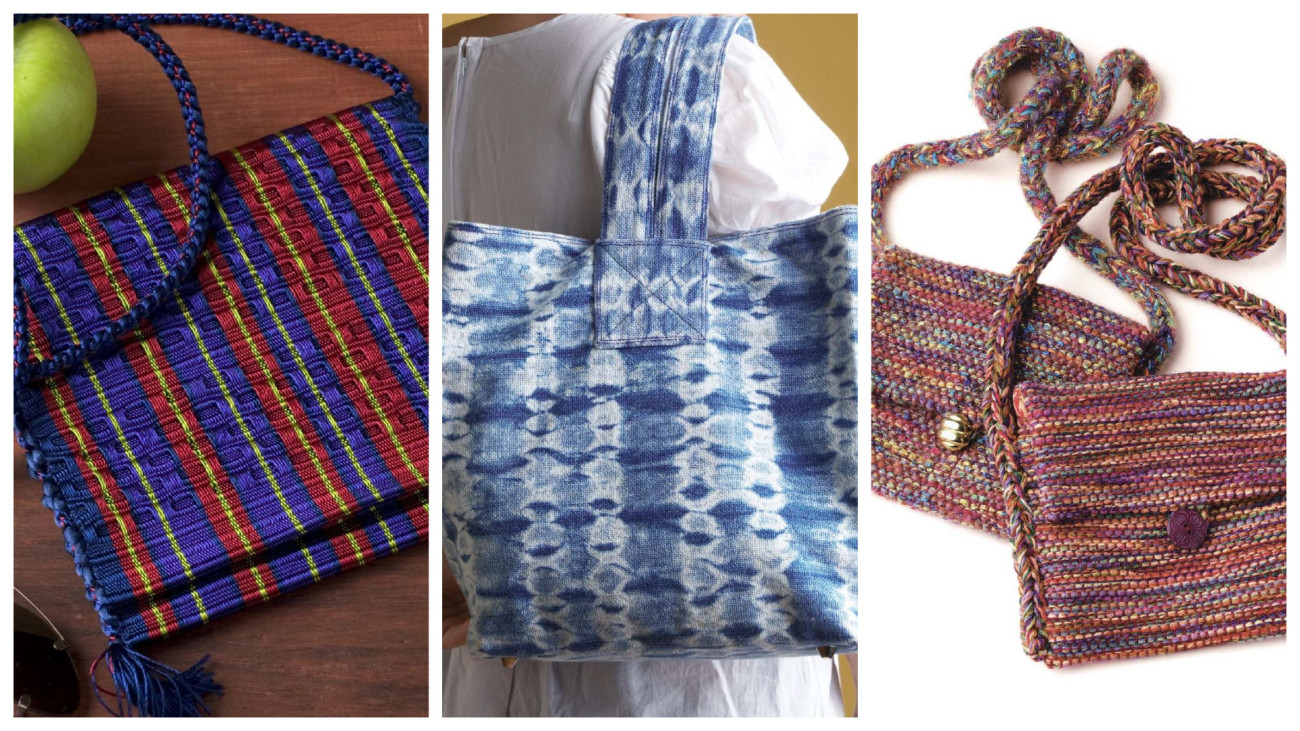 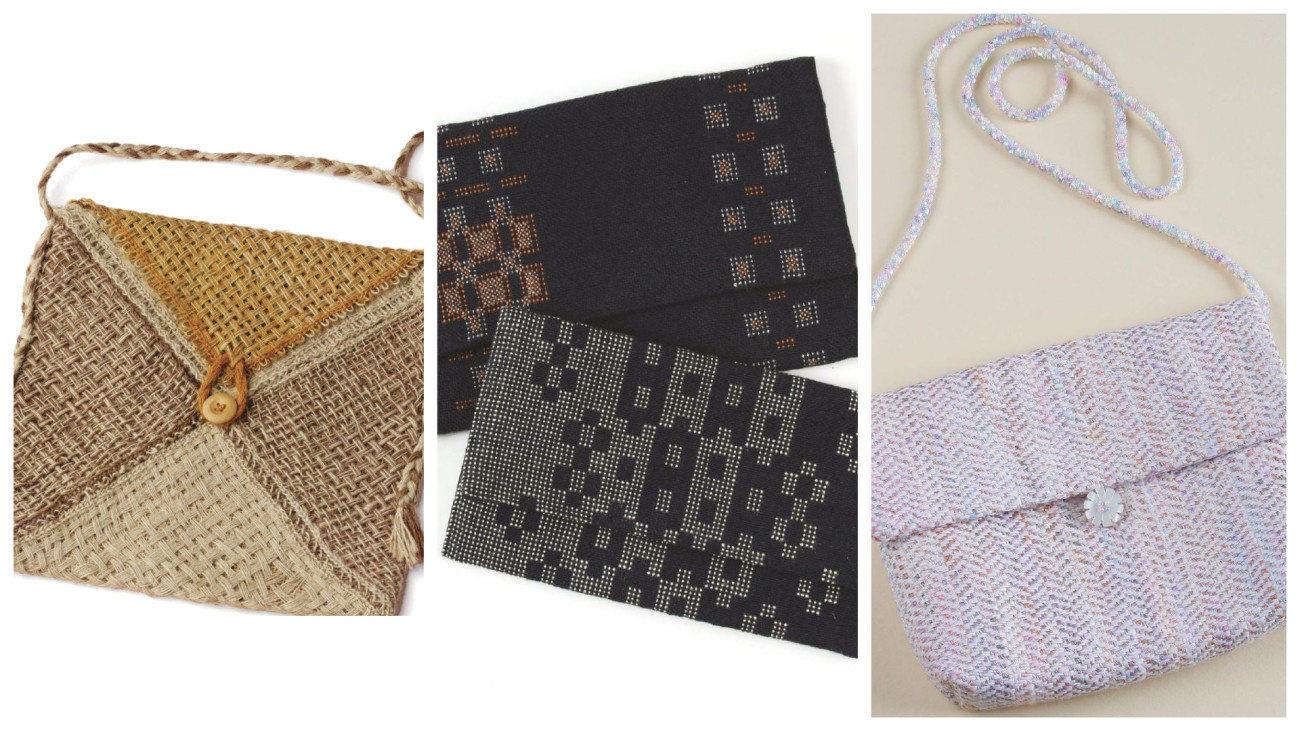 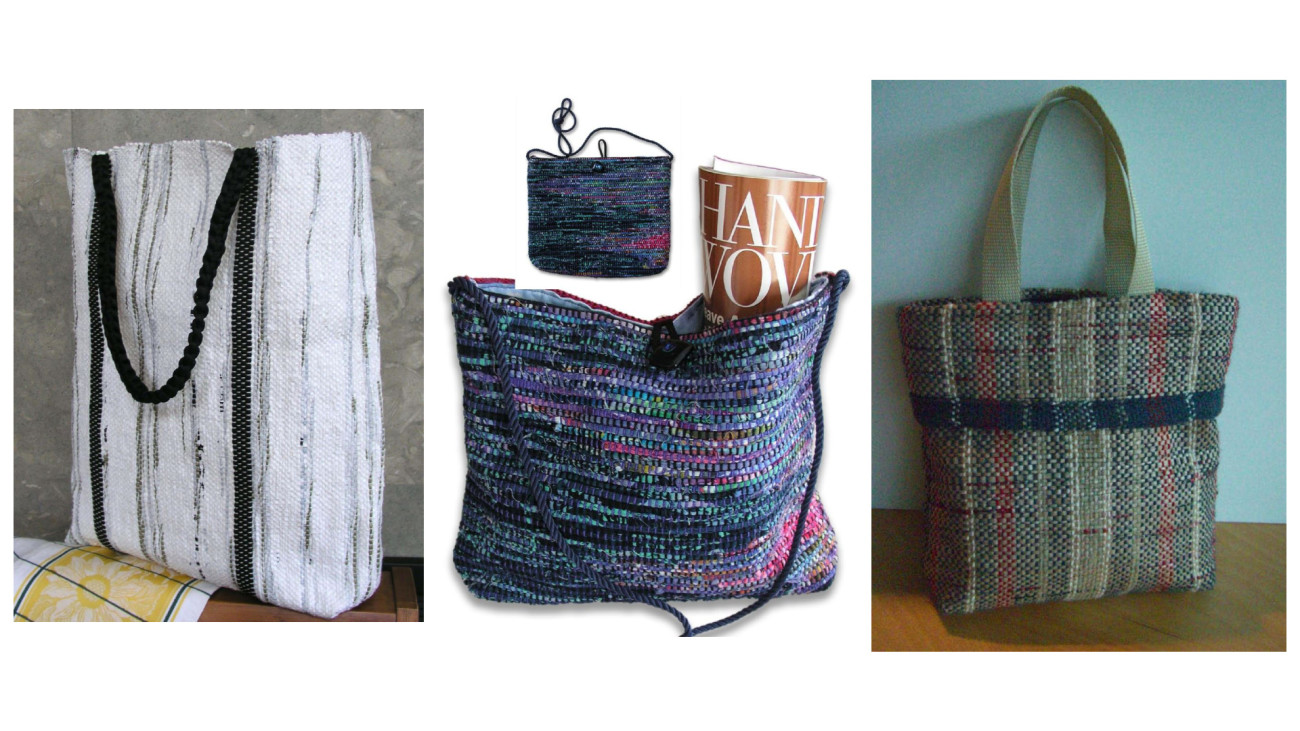 A lot has happened since 2008, so I can’t guarantee that the yarns specified in the patterns are still available, but I can assure you that with a little searching and perhaps some sampling on your part, you’ll be weaving fabric for bags in no time.