Weaving Linen and Links to the Past

During this video shoot, I learned three very important things: Tom is a remarkable host who handles any setback in stride; pillowcases can work as lighting baffles; and flax and linen are really, really cool.

Tom Knisely demonstrates hackling flax on the set of his course Weaving with Linen.

Last August, I traveled to south-central Pennsylvania to Red Stone Glen, the fiber arts center owned and run by Tom Knisely and his daughter, Sara Bixler. I was there to tape two new workshops, including one on weaving with linen. It was a challenging shoot. Our videographer fell ill en route and spent the week in a hospital 200 miles away (along with all his equipment); our backup videographer had great cameras but no lighting setup. It was 102 degrees outside and rained so much that we had flood warnings the first two days. During the shoot, I learned three very important things: Tom is a remarkable host who handles any setback in stride; pillowcases can work as lighting baffles; and flax and linen are really, really cool.

Before you can weave with linen, you need linen yarn, and making that yarn takes a lot of work. Flax was an important crop in America until the cotton gin ruined everything, and most households would have had handspun, handwoven linen items in daily use. For the video, we wanted to show how flax would have been manually processed and spun into yarn prior to actually weaving with it. 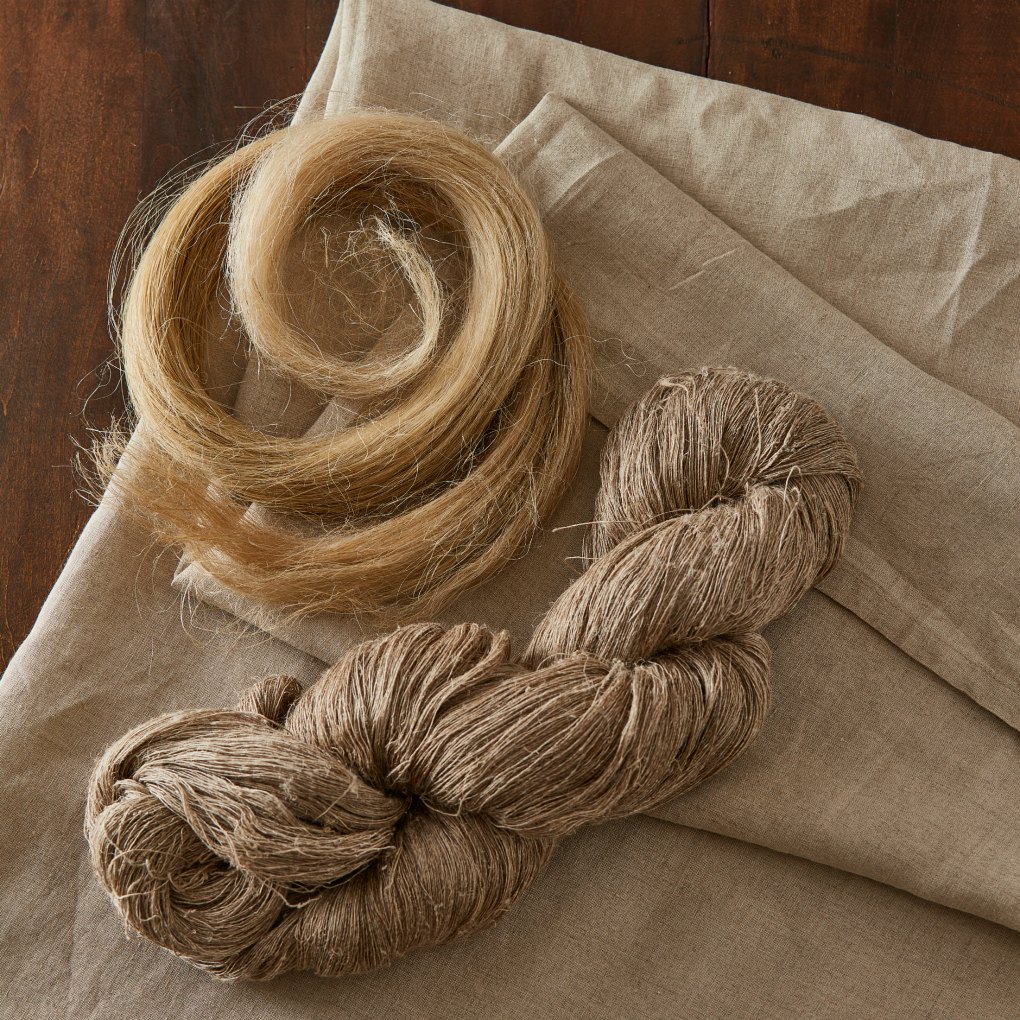 Turning flax into linen thread is a messy, exhausting business. In the video, Tom ripples, breaks, scutches, hackles and basically mauls flax plants into finer and finer fiber, ending with something akin to a horse’s tail. Tom then spins that flax into a smooth thread so fine that it’s almost invisible. 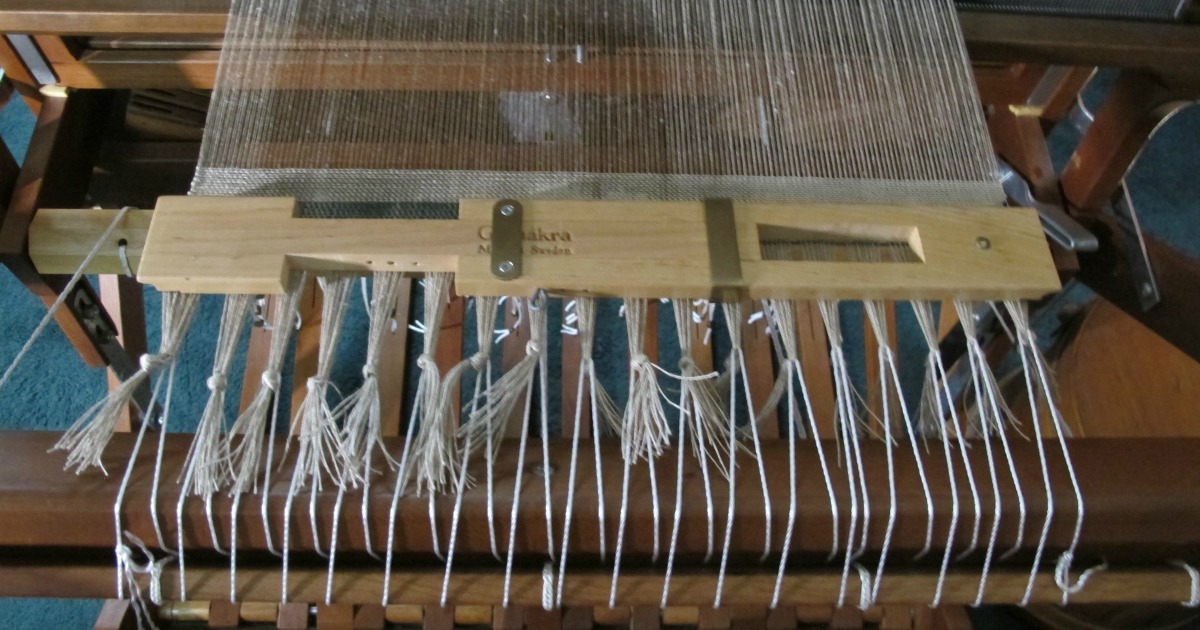 When you’re weaving linen, using a temple and dampening your warp can be a big help.

Why is all of this in a video on weaving? Linen is a notoriously troublesome fiber to weave. Showing how it’s made gives insight to how it will behave as thread and on your loom. With the preliminaries out of the way, Tom discusses different linen threads, shows how to wind bobbins and pirns, and demonstrates how to warp your loom and weave with linen for a more satisfying weaving experience. Hint: Consider buying a temple.

For those who know Tom, this deep approach should come as no surprise. Tom was a spinner before he was a weaver, giving him a remarkable appreciation of how a yarn’s production affects the finished cloth. He is also profoundly aware of fiber art’s connection with the past. Tom uses tools that Pennsylvanian blacksmiths made for local farmers more than 200 years ago, and he processes flax in much the same manner as they did. Toward the end of the video, Tom shows a linen feedbag from the mid-1800s. It had been used, discarded, reclaimed, patched, and used again for decades—a fitting metaphor for the fiber arts. Weaving with Linen does more than show you how to weave a tricky fiber; it’s also a connection with the spinners, weavers, and artisans who came before us.

Weaving with Linen is available as a streaming workshop that you can watch anywhere, anytime.