Weaving is missing from the romantic movie genre. We need to fix that.

Photo by Jamie Street on Unsplash

Someone recently asked me what my guilty pleasure is, and I responded that I watch romantic holiday movies when I get stressed out. You know the kind. Movies where the handsome guy that the heroine meets in the first scene but has a conflict with is the same guy she is kissing in the last scene as the movie credits start to roll. Okay, I get that they are predictable, but I get unpredictable from plenty of other places in my life, including from my loom. I wish there were such a thing as a romantic weaving movie. I haven’t written the entire plot yet, but here are some key points.

According to romantic holiday movies, no one really wants to live in a city; cities are just necessary evils. In my movie, the heroine’s loom will be housed on the second floor of a charming post-and-beam building with wooden floors in a small town where it snows, but miraculously the snow never melts or gets dirty. The heroine’s best friend is a dyer/spinner who owns the coffee shop/cupcake bakery next door. The heroine is able to run the yarn store on the first floor of the post-and-beam building in between weaving extraordinary rugs and scarves that she sells to galleries, all the while hanging out with her best friend and complaining that no one understands weavers.

There has to be some sort of trumped-up conflict, so in my romantic weaving movie, that will be when the heroine admits to her friend that she could never respect someone who weaves on a rigid-heddle loom. Of course, you can be certain that the handsome man sitting to her right in the coffee shop will be a rigid-heddle weaver who sells hand-dyed scarves at amazingly high prices at the Saturday farmer’s market. He calls the heroine out on her ignorance and declares his own distain for fancy twills. 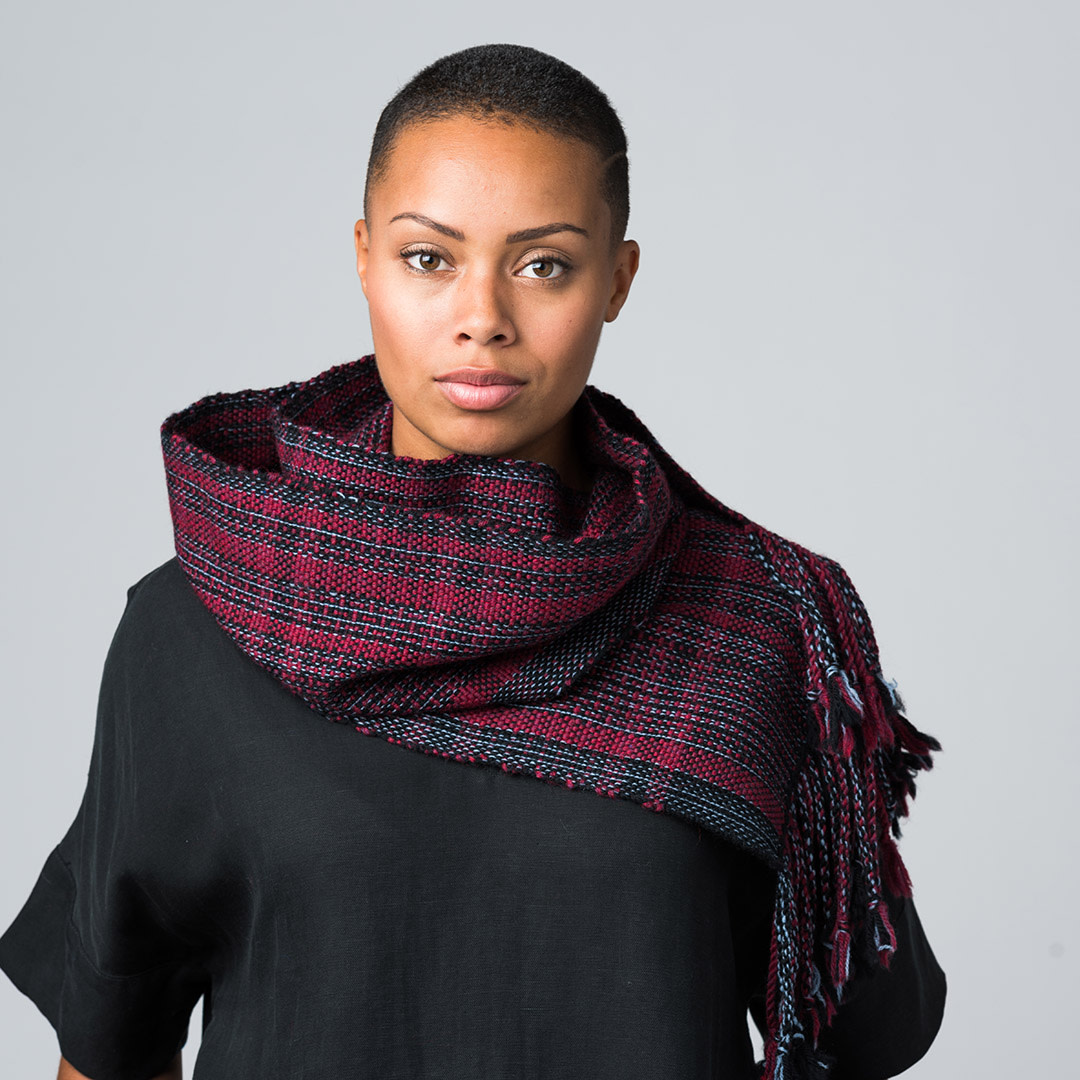 All is forgiven when the heroine’s new rescue dog eats all of her tie-up cords, there is a Texsolv shortage, and she has a major delivery of scarves due in three days. It’s all hands on deck as the best friend works to spin and dye enough yarn for the scarves, and the two weavers work side by side on their rigid-heddle looms. Cue the movie credits.