Twills Will Always Be A Thing: Check Out this List from the Handwoven Archives!

I’ve came upon this source list of twills from 1985. Nearly 35 years later, these terms and descriptions remain pertinent.

Suzie Liles used a diamond twill to get the little diamonds that are surrounded by plain weave in her Folk Art Towels from Handwoven March/April 2014. Photo by Joe Coca.

Lately, in preparation for the 40th anniversary of Handwoven, I’ve been looking through some of the older issues and came upon this source list of twills from 1985. Nearly 35 years later, these terms and descriptions remain pertinent, and although sometimes there is overlap between the terms, they are useful to know. If you haven’t woven a twill project lately, I encourage you to revisit it.

Straight twill (also regular, biased, diagonal, direct, continuous, simple, basic, plain) is characterized by diagonal parallel lines where warp and weft are equal weights. Straight twill may be right-handed or left-handed, although traditionally, in both commercial and handwoven fabrics, straight twills are right-handed. Threading is 1, 2, 3, 4, or straight draw. The opposite face will have a diagonal in the opposite direction.

Herringbone twill (also point, chevron, vertical herringbone) is threaded to a point (e.g., 1, 2, 3, 4, 3, 2, 1) and treadled straight (e.g., 1, 2, 3, 4). The term herringbone probably comes from the fact that the pattern resembles the spine of a fish; herringbone often refers to the exact meeting of diagonals, but they may also be broken.

Broken twill (also dornik, herringbone, broken point) is, most commonly, one with staggered reversals of diagonals (e.g., threading: 1, 2, 3, 4, 1, 2, 4, 3, 2, 1; treadling is straight). A broken twill can also refer to one where the diagonal direction is not maintained for more than two picks and the changes are staggered so that no diagonal is developed.

Nancy Dunlap combined two types of twills, a reverse (point) twill and an undulating twill in her Fusion Sparkle Shawl that was in Handwoven January/February 2019. Photo by George Boe.

Fancy twill is a general term for a variety of twill weaves that may be combinations of simple twills, irregular patterning, diaper, or twill damask.

Even twill (also balanced) is one where the number of shafts raised and lowered is equal, such as in 2/2 or 3/3 twill. Equal ratios of warp and weft usually show on both faces of the fabric.

Unequal twill (also unbalanced) is one where the warp and weft ratios are unequal, as in 2/1 or 4/1 twill. One face of the fabric will have a warp-emphasis; the other will have a weft emphasis (also called warp and weft dominant, or warp- and weft-faced). 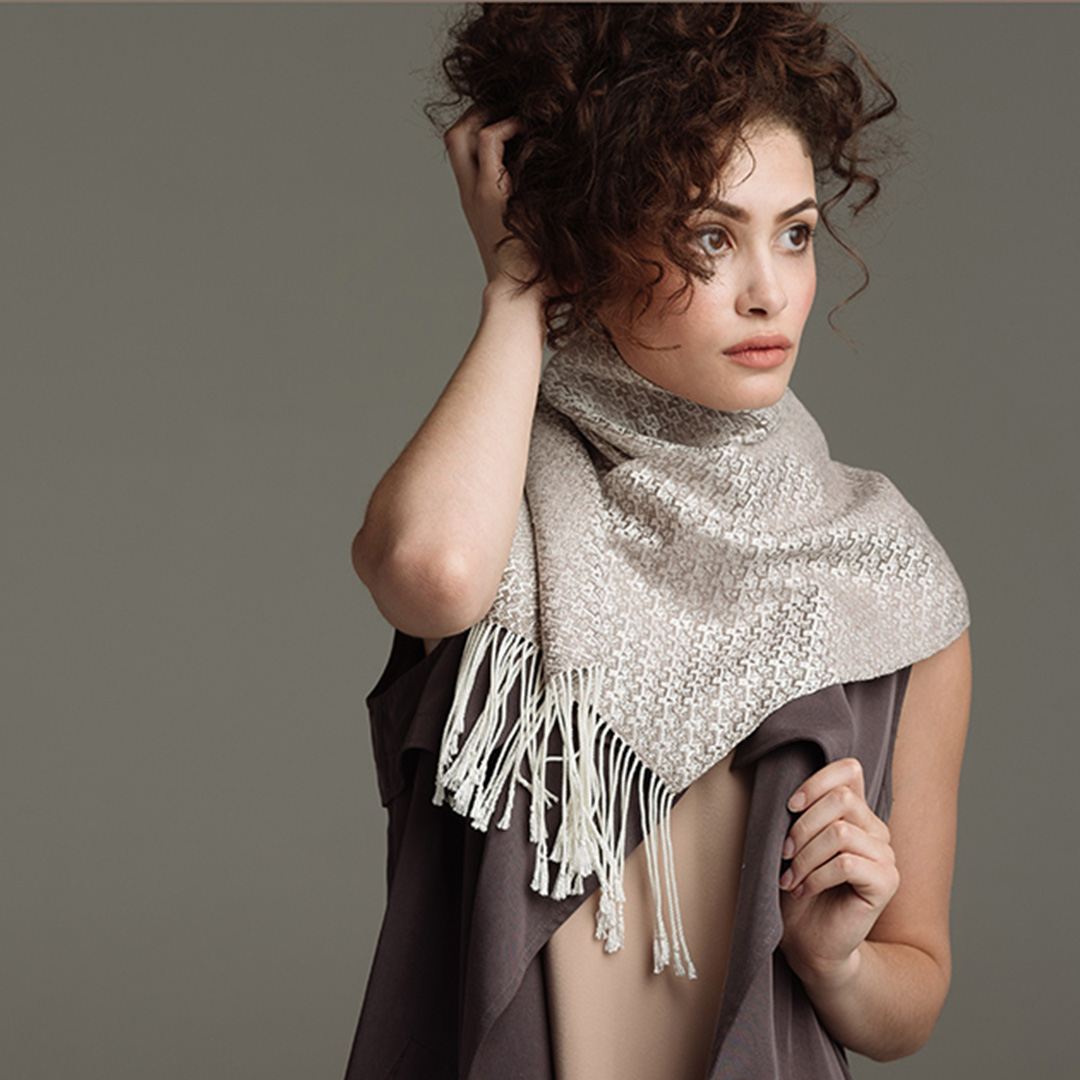 Laura Fry used a fancy twill to weave the Silk Wall of Troy scarf that was featured in Loom Theory: Eight and Over Eight Scarf Collection. Photo by Caleb Young, Good Folk Photography.

I haven’t woven some of these twills—such as a skip twill—but just reading the descriptions makes me want to start a new towel project. But before I do that, I’ll need to finish up my 3/1 unequal twill and plain-weave napkins! Twills will always have a place in my weaving repertoire andHandwoven.