On July 14, France celebrates Bastille Day (or as they call it “Quatorze Juillet”), the anniversary of the storming of the Bastille prison in 1789 that marked a turning point in the French Revolution—well, the first of their revolutions, anyway.

On July 14, France celebrates Bastille Day (or as they call it “Quatorze Juillet”), the anniversary of the storming of the Bastille prison in 1789 that marked a turning point in the French Revolution—well, the first of their revolutions, anyway.

Joseph Marie Jacquard was still a decade away from developing his famous punchcard-driven loom, though earlier inventors had developed mechanically controlled looms as early as 1725. The Bastille sits less than two miles from the famous Manufacture des Gobelins, then weaving tapestries for royal use, which suspended operations during the Revolution. (Their patron losing his head put a damper on production). But in 1789, you could hear the real story of textiles in the clicking needles of the tricoteuses. 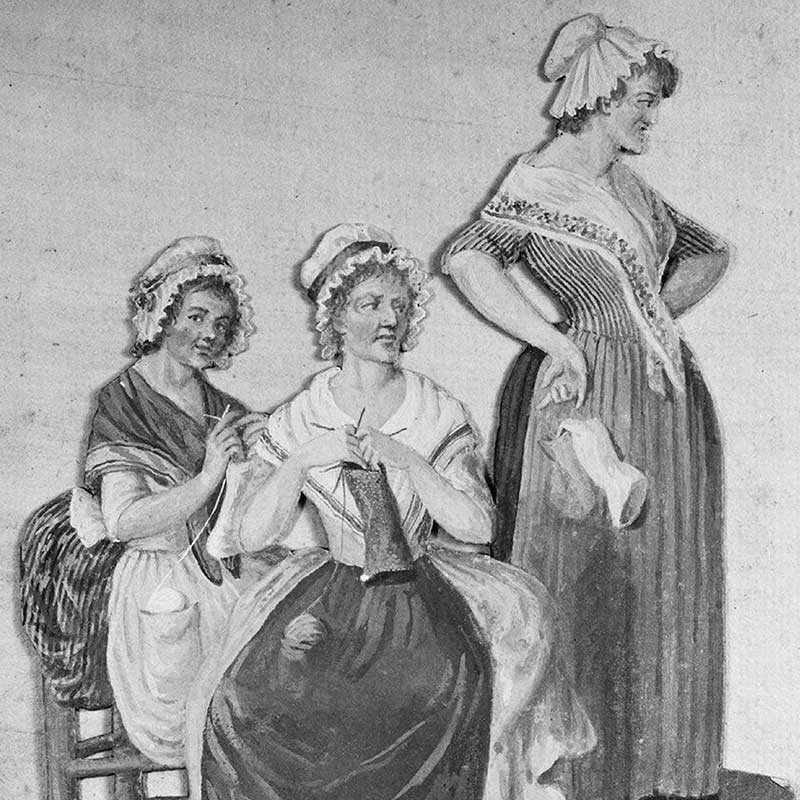 Months after the storming of the Bastille in 1789 but years before the guillotine began its steady rise and fall in 1792, women marched on Versailles to protest that famously expensive bread and actually drew Louis XVI to leave his palace and move to Paris. The “Mothers of the Nation” earned a place of honor for years. Eventually, they took up positions beside the guillotine during executions, knitting away. Tricoter is the French verb for “to knit,” and a tricoteuse is a woman who knits.

The fearsome Madame Defarge of A Tale of Two Cities sticks in most people’s memories as the merciless, bloodthirsty knitter recording the fates of the nobility in her knitting. And someone had to make all those red Phrygian caps for the revolutionaries. 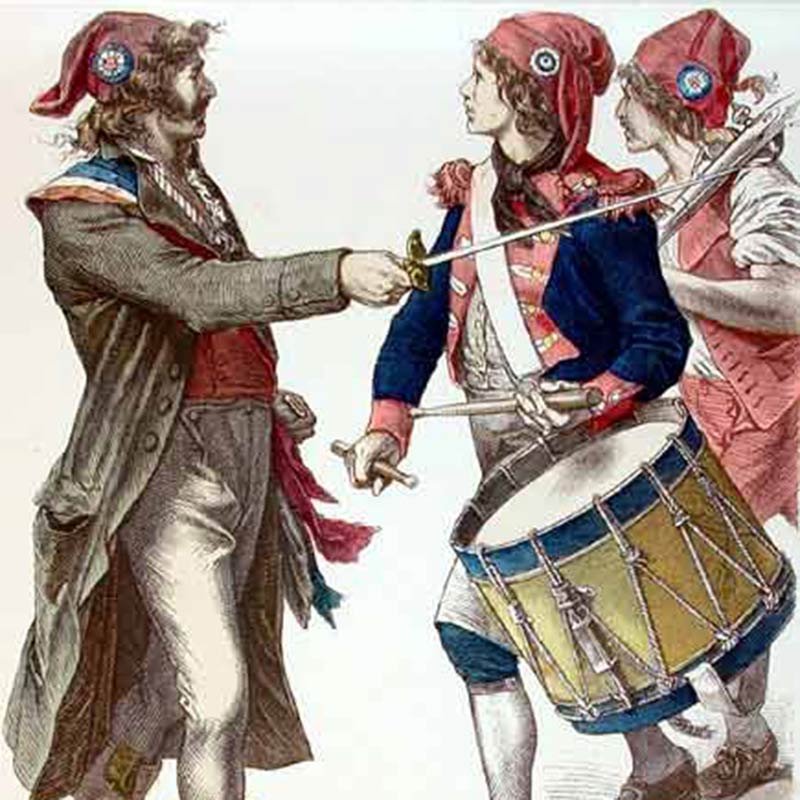 The tricoteuses weren’t the only ones knitting their way through a revolution. Across the ocean a few decades earlier, American women began hosting spinning bees to process local wool rather than pay the high taxes on British imports. The Daughters of Liberty, as these groups were called, would spin and weave or knit their wool. Very quickly wearing homespun became a political statement—one that would not have been possible without these fierce fiber workers.

Back across the ocean and decades later, famed English suffragette Emmeline Pankhurst knit in prison as she fought her own revolution: women’s suffrage. (Well, some women’s voting rights at least—you can read more about Emmeline and her suffragettes in the 2014 special issue Unofficial Downton Abbey Knits).

Back in France during World War II, British spy Phyllis Latour Doyle was able to hide secret messages with her knitting. She would talk to German soldiers and then, using silk yarn, would carefully knot a code that could be translated by British intelligence. The silk was carefully hidden in her knitting kit and appeared to be just another bit of yarn.

The list of spinners, knitters, and others who used their fibery crafts as a means of resistance goes on and on. So even if you don’t celebrate Bastille Day, take some time to think on all those who cleverly used cloth to rebel and perhaps start a revolutionary project of your own.