While they're mostly known for their carvings and paintings, ancient Egyptians also created beautiful textiles. A selection of these gorgeous textiles are currently on display at the Textile Museum at George Washington University.

Hanging with depiction of the goddess Hestia Polyolbus from sixth-century Egypt.

From William Shakespeare’s Antony and Cleopatra to the more modern Mummy franchise, popular culture has long been obsessed with ancient Egypt. The history and art of medieval Egypt, on the other hand, is perhaps less well-known. For those curious about what life was like during that time period full of change, The Textile Museum at George Washington University in Washington, D.C., is hosting the exhibit Woven Interiors: Furnishing Early Medieval Egypt.

Woven Interiors features some spectacular decorative pieces of cloth from the early medieval period, some of which are around 1,700 years old and in remarkable condition considering their age. According to Senior Curator Sumru Belger Krody, these textiles survived partially because of Egypt’s dry climate and partially because they were so treasured. Their owners took great care of these textiles and were sometimes even buried with them.

It’s easy to understand why the pieces on display were so loved. Mostly tapestries, they are intricately woven to showcase religious iconography, animals, intricate geometric designs, and scenes from stories. The colors are surprisingly vivid given their age, with bright reds and deep blues dominating. 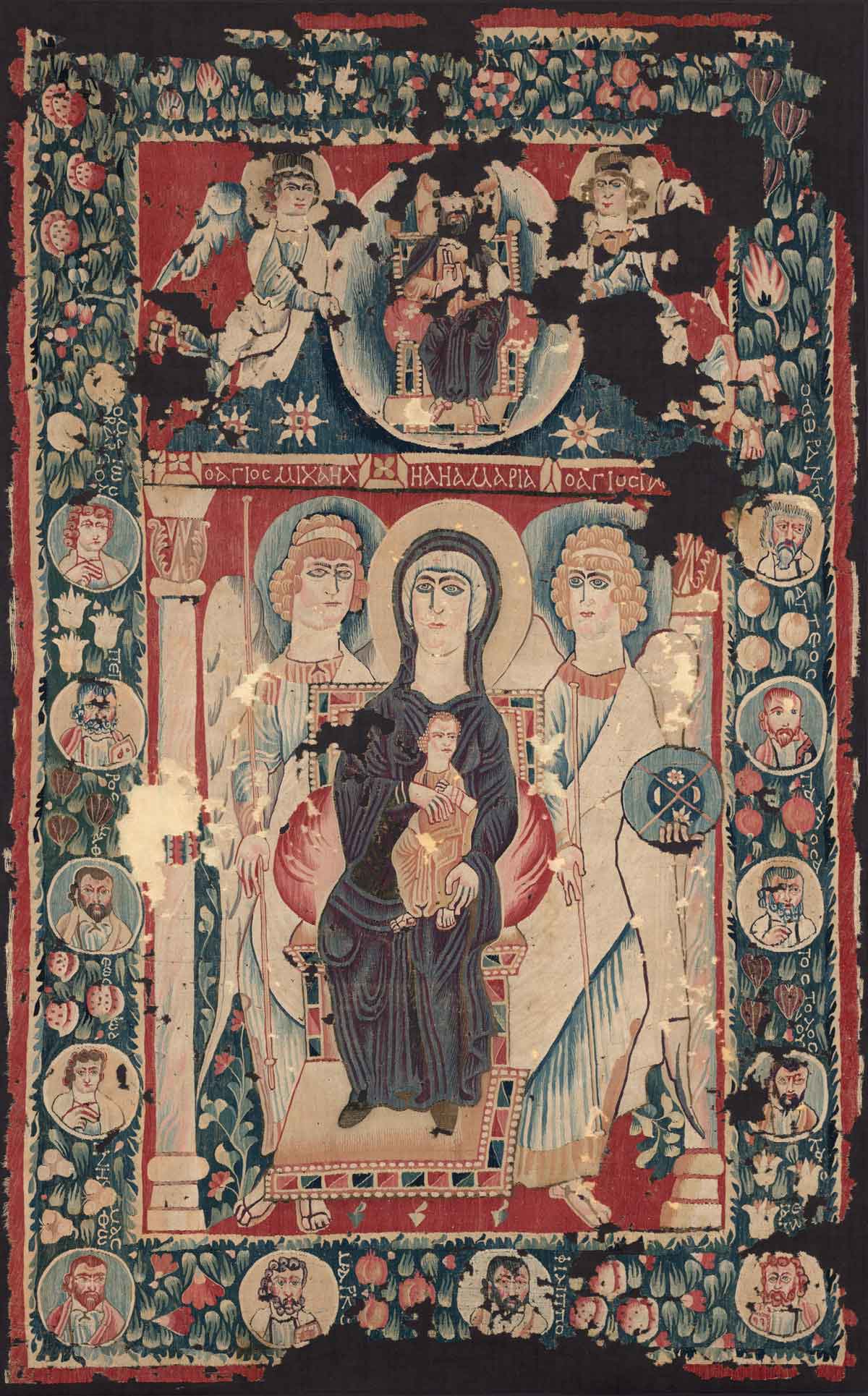 Hanging with depiction of Virgin and Child from sixth-century Egypt.

The exhibit follows the history of Egypt beginning in the fourth century CE when the country was part of the Eastern Roman Empire (what modern historians refer to as the Byzantine Empire) and ending in the twelfth century CE. According to Krody, during this time Christianity expanded to Egypt, where it existed side by side with pagan beliefs as it slowly grew in popularity over the next few centuries and was eventually surpassed by Islam. This plurality of religions is evident in the textiles on display. For example, one hanging from the sixth century shows the goddess Hestia in her divine glory, while another from the same century features the Virgin Mary and baby Jesus in a similarly glorified fashion.

Woven Interiors runs from August 31, 2019, through January 5, 2020. If you go, Krody recommends viewing the textiles in the exhibit on their own before going back through to read the informative panels. She also hopes visitors will leave the exhibit with an understanding and appreciation of how people today are similar to their early medieval counterparts. After all, while textile design and production may have changed over the centuries, the very human love of decorating one’s home in beautiful cloth has stayed the same.