There are 14 possible tie-ups for a 4-shaft loom, and all of them can be accomplished with just four treadles--even if the draft is for six treadles!

I would like to weave an overshot draft on my 4-shaft loom, but my loom only has four treadles. The draft requires six treadles. Is there any way I can do this?

You can do this very easily. It turns out that there are fourteen possible tie-ups for 4-shaft drafts, and you can do them all with four treadles. You tie up the treadles using what is called a “direct tie-up.”

That means that each treadle is tied to raise one shaft. Then, you step on the one, two, or three treadles you need to raise the desired shafts. When three treadles must be depressed, you can step on two of them with one foot and the remaining treadle with the other foot; compare the two tie-ups shown here.

If we had more feet, we could do the same thing on eight shafts. 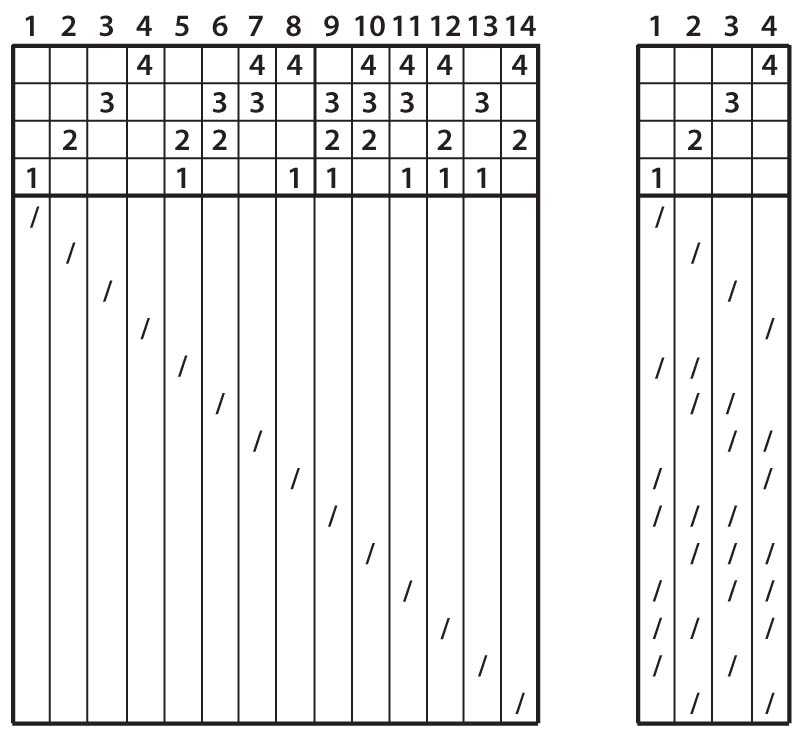 14 possible tie-ups for 4-shaft drafts, all of which can be woven with four treadles. You can weave any draft for a 4-shaft loom with just four treadles, by pressing multiple treadles with one foot.

This will only work with jack looms, however. Countermarch and counterbalance looms won’t allow the same flexibility of stepping on treadles together.