Women's Suffrage Is Something to Celebrate.

2020 is the 100th anniversary of women getting the right to vote. Shouldn't we be celebrating?

Women suffragists picketing in front of the White House. Photo in public domain.

I was a bit disappointed in myself the other day for not remembering that 2020 is the 100th anniversary of the ratification of the 19th Amendment, the amendment that gave women the right to vote. I was also disappointed that I couldn't find many references to it while looking for fiber shows to include in the What's Happening department of Handwoven May/June 2020. I am happy to say that the Avenir Museum of Design and Merchandising, the fiber museum at Colorado State University in Fort Collins, Colorado, has a show in Spring 2020 on how clothing shaped perceptions of women’s rights activists in the United States.

I toyed with the idea of scrapping my issue plans for November/December 2020 and making it all about suffrage instead, but frankly, I’ve already received some pretty great proposals for that issue which is about two-sided weaving, so I’ll stay the course. I also wasn’t sure how I was going to tie weaving and suffrage together into a cohesive package. I guess I could say there are two sides to every story, but I don’t believe that is true when it comes to women having the right to vote. On the other hand, I wouldn’t mind seeing some beautiful handwoven pieces that celebrate women and their accomplishments. 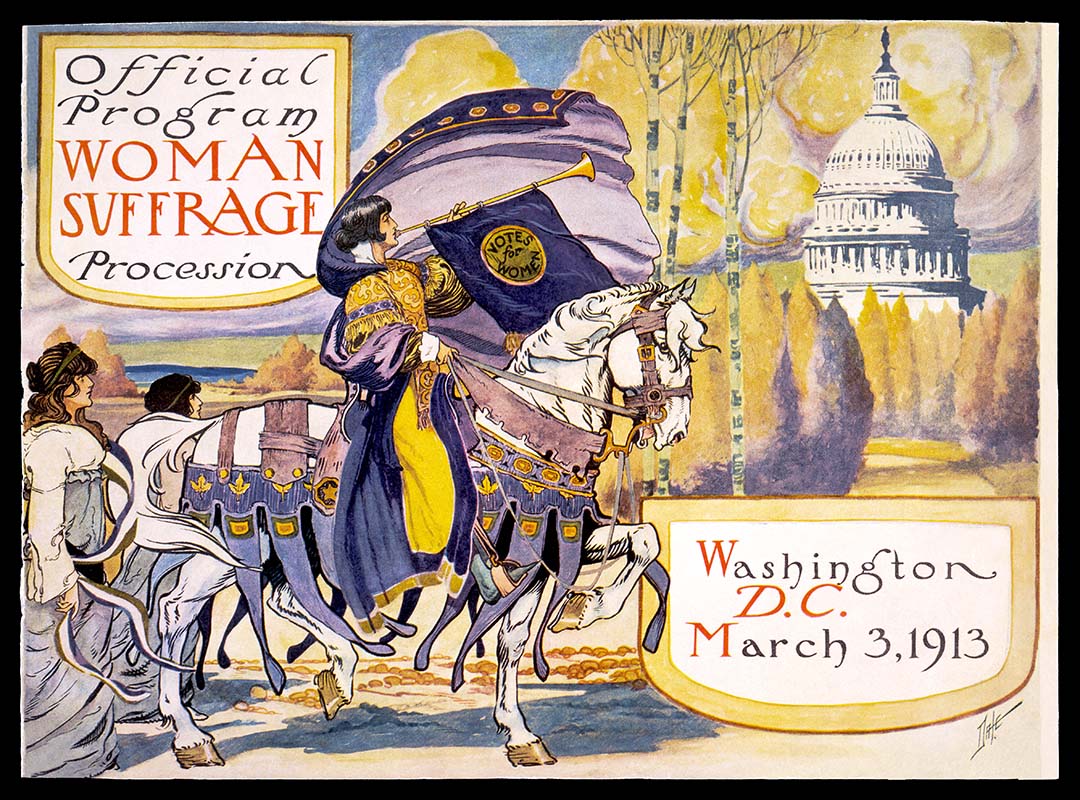 In reading about suffrage, I was intrigued a lot, but here are a few things that jumped out at me: