When Weaving Plans Take a Detour

Sometimes better things happen when you have to change your plans.

A simple scarf with a simple plan that needed to be even simpler.

Recently I wrote about how many times my best laid plans in weaving haven’t worked out as I expected, as in the stashbuster that required buying another cone, and the too colorful warp that seemed like a good idea until I saw it on the loom. The other day I was thinking about it and I realized that although I wrote that piece about projects that got messed up in one way or the other, there have been other times when having to change my original plan was for the better.

Case in point, the scarf in the photograph above. I put the warp on my loom in Colorado in May. Things were going a little “haywire” at work so I was hoping a simple project would add a soothing tone to my life. I used 20/2 and 10/2 cotton from Lunatic Fringe Yarn’s Gray Matter series in the warp and planned on weaving it with the same greys in the weft plus a couple of bright colors of 20/2 cotton. My sett was 30 except for the crammed dents of 10/2 cotton.

Threading and sleying helped me focus and stop fretting. Threading for plain weave isn’t difficult but it takes just enough brain power to keep you in the moment. I hemstitched and started weaving according to my plan of weaving a checkerboard pattern with regular squares and raised stripes of the thicker cotton.

I was just about at the halfway point when I realized I was moving. Not moving as in weaving too fast, but moving everything in my apartment back to California. Life got a bit too busy to weave as I packed and prepared to move. I was in a quandary. Not only did I like weaving the scarf, I wanted to have it and didn’t want to lose it when I broke down my loom for the move.

On moving day, I was still at the halfway point, the movers were coming at mid-day and I had maybe two hours to finish. I changed my weave plan and instead of changing colors every 2 inches I started changing colors every 5 inches. I also stopped worrying about picks per inch since I wasn’t trying to weave the smaller even squares. I just wove as quickly as possible. I normally would have woven to 70 inches but stopped at around 60 inches, threw in some picks of scrap yarn and cut the scarf off my loom. 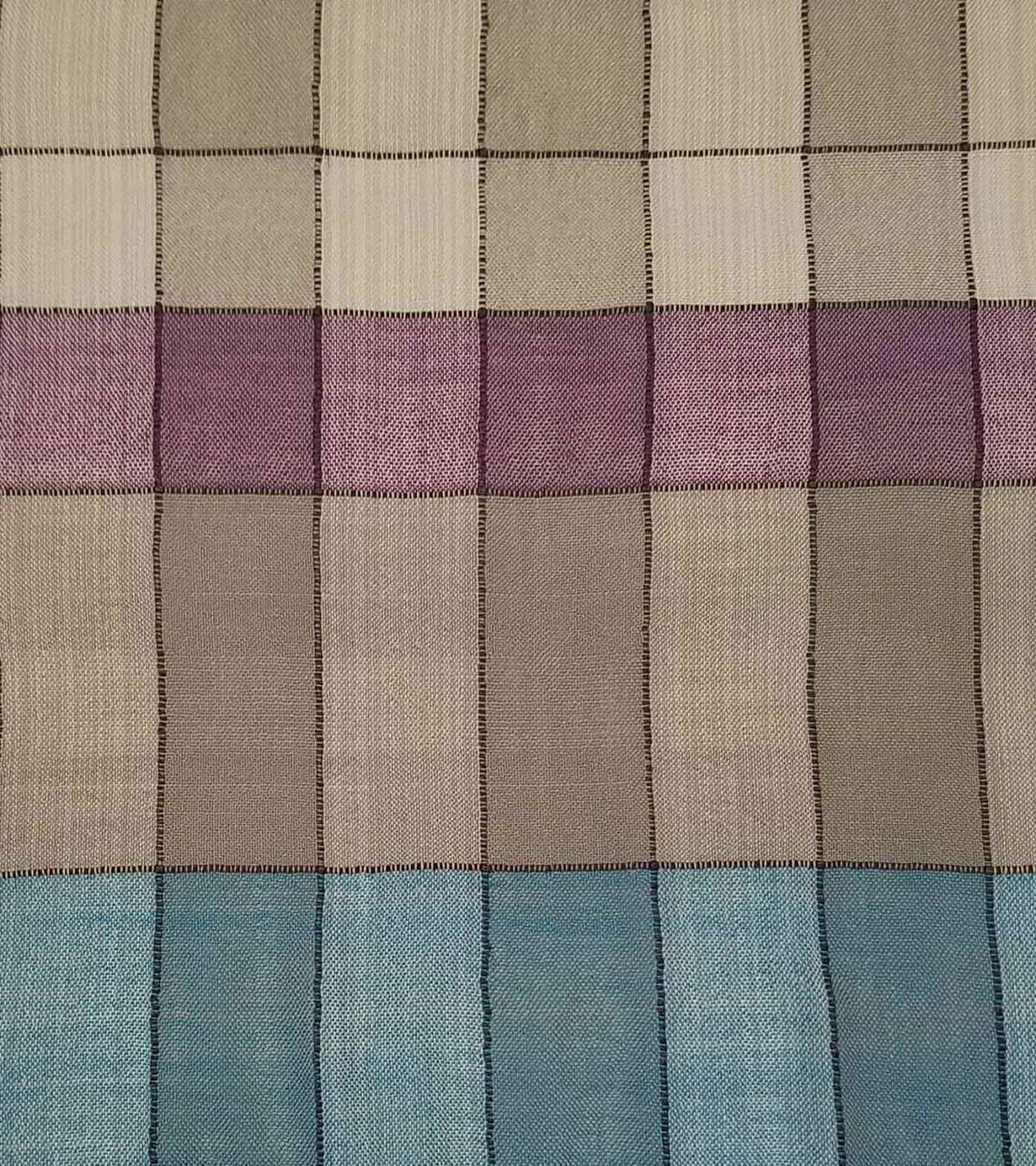 The transition point from weaving "perfect" squares to 5 inch rectangles.

Last week I showed the scarf to my study group and told my story. There was universal agreement that the scarf I wove was better than the one I planned. It is more interesting than the perfect squares I was envisioning.

I won’t stop planning projects based on this experience, but it did open my eyes to the fact that sometimes better things happen when you have to change your plans.