The November/December 2015 issue of Handwoven was dedicated to two shuttle weaves. Some of our favorites to be sure!

The Mermaid Scarf by Lisa Rayner uses freeform overshot on a rigid-heddle loom. All photos by Donald Scott

One of the best parts of my job is the people I work with, and Christina Garton is one of them. I was browsing around our website and found this post by her, describing guest editing an issue of Handwoven in 2015. Today Christina is the editor of Little Looms, and still very fun to work with. - Susan

Around this time last year when Anita and I were planning the 2015 issues of Handwoven, I suggested doing an issue devoted to two shuttle weaves. Some of my favorite weaving projects had been two shuttle designs--including a set of pinwheel napkins featured in the May/June 2014 issue of Handwoven--and some of my favorite projects featured in Handwoven had also been two shuttle designs, from elegant overshot to modern looking deflected doubleweave designs. Anita thought it sounded like a splendid idea and offered me the opportunity to guest edit. 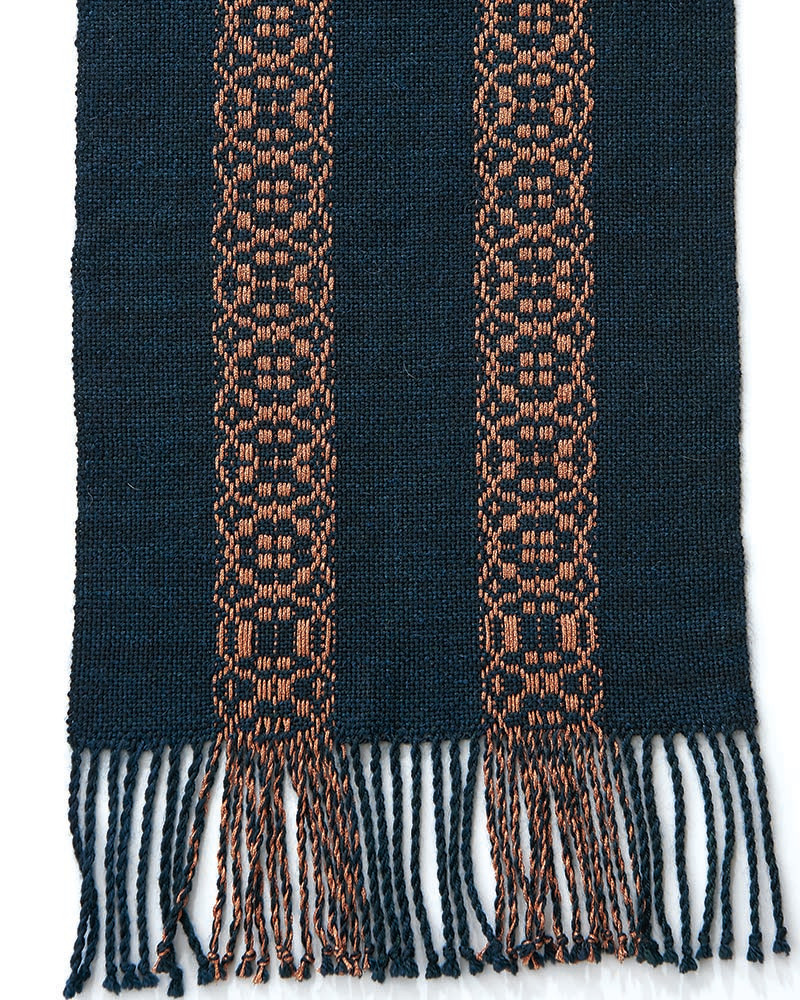 Guest editing this particular issue of Handwoven was an absolute blast. When choosing projects, weaving editor Sarah Jackson and I chose projects from a variety of two-shuttle structures including overshot (including a free-form overshot shot scarf that can be done on a rigid-heddle loom), shadow weave, rep weave, Bateman Boulevard, and more. The projects are, in my extremely biased opinion, absolutely stunning. There’s even a turned-overshot project from Deb Essen that uses a supplementary warp and turns what would normally be a two-shuttle projects into a one-shuttle project that’s a snap to weave. 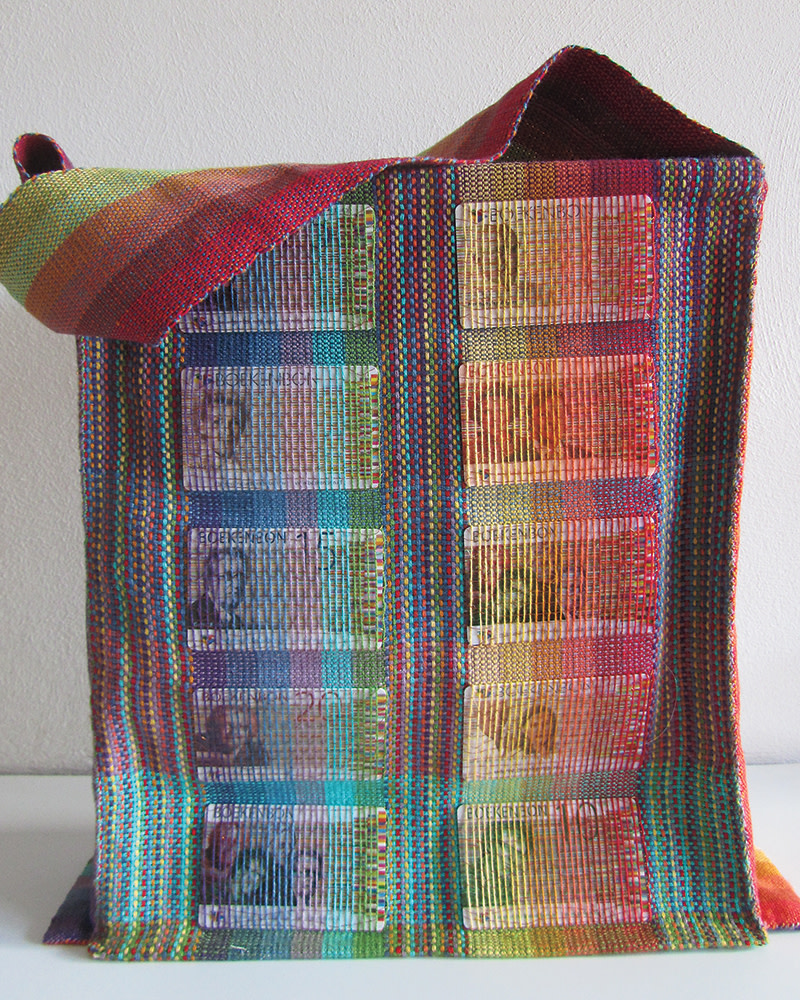 When choosing articles, I knew I wanted something nice and technical, so I turned to Madelyn van der Hoogt who wrote an excellent article on understanding overshot. I was also extremely lucky that Pattie Graver’s excellent book Next Steps in Weaving came out around the time we were putting the magazine together, which meant I was able to excerpt part of her chapter on summer and winter, a structure I love but didn’t understand nearly well enough. (If you’d been thinking about getting Pattie’s book, but are still on the fence, do check out the excerpt in this latest issue as it will give you a great idea of what the rest of her truly amazing book is like.)

Throw in another article by Madelyn on weaving many overshot patterns using just one threading, a creativity-inspiring article by Anneke Kersten on designing a colorful doubleweave “book” bag stuffed with used gift cards that would have otherwise ended up in the trash, a delightful Notes from the Fell by Tom Knisely that will make you appreciate the floating selvedge, and an excellent Yarn Lab by Liz Moncrief that will have you contemplating weaving dish towels in bamboo.

I really do think this is an issue with a bit of something for everyone, from the color-and-texture weavers to the structure-and-pattern weavers (and all of us who fit somewhere between the two). Whether you are a lover of two-shuttle patterns, or have wanted a reason to give a two-shuttle project a try, I think you will genuinely enjoy this newest issue of Handwoven, and once you’re done with it, I’d love to know what you think!