I was delighted to see Madelyn van der Hoogt listed as the inspiration for Ann Weymouth’s Tied Overshot Journey Runner in the March/April 2019 issue of Handwoven.

When doing an issue dedicated to Americana, it’s easy to focus on not just the patterns, but also the weavers of old—for example, Mary Meigs Atwater, Marguerite Porter Davison, and Mary Black. But, as we well know, American handweaving is alive and well and has many modern champions, including our very own editor emeritus Madelyn van der Hoogt. Madelyn was my first editor when I started at Handwoven nearly eight years ago, and she remains one of my favorite modern-weaving designers (her black-and-white silk scarf is one of my all-time favorite projects), so I was delighted to see her listed as the inspiration for Ann Weymouth’s Tied Overshot Journey Runner in the March/April 2019 issue of Handwoven. Here’s what Ann had to say about her design: 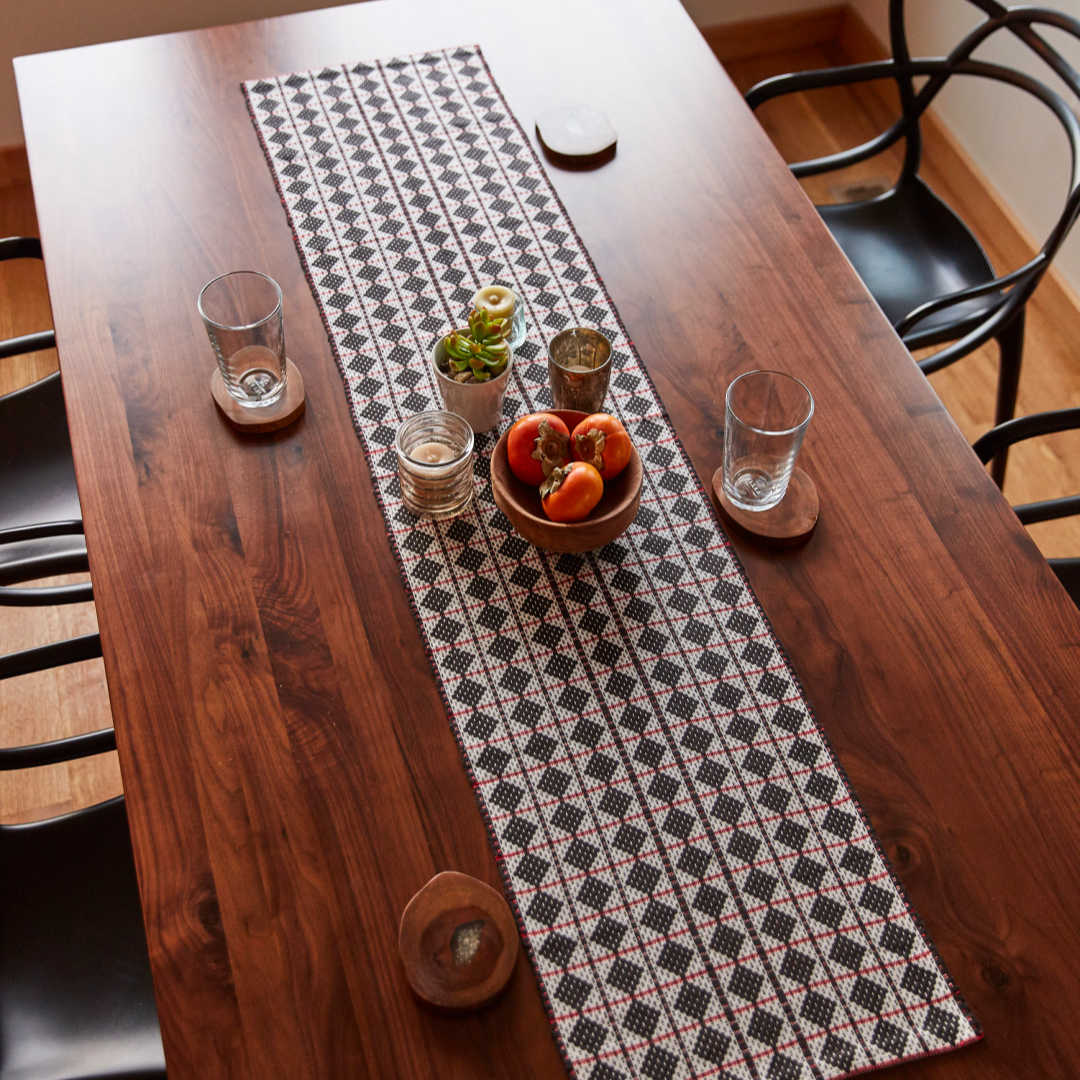 When our guild decided to honor Madelyn van der Hoogt for her contributions to the weaving world through our guild exhibit at Midwest Weavers Conference, I did some research to decide on my contribution. While researching, I found an article in Handwoven written by Madelyn that explains tied overshot in wonderful detail. In the article, she mentions that tied overshot “is relatively new in our weaving vocabulary, first appearing in the 1970s.” It is a tied-unit weave with regularly spaced tie-down warp threads. Because of the tie-downs, tied overshot opens up the possibilities of designing a utilitarian fabric with much larger design areas than found in traditional overshot.

Over my 40 years of weaving, I have woven a lot of traditional overshot pieces, but this was a new structure to me. Because I like to challenge myself when weaving, I chose tied overshot for my contribution to the exhibit. To develop my draft, I reviewed other weaving publications that contained tied overshot patterns to get a better understanding of the structure and then played with the draft s using weaving software.

Besides learning about tied overshot for this runner, I also learned a lot about finishing lyocell, which I hadn’t woven with before. To get a luxurious feel to the fabric, I cold-mangled it when it was damp. I don’t have a mangle in my studio, so I used some good old Yankee ingenuity, pulled out my maple rolling pin, and substituted it for a mangle.