Weaving may have its roots in the past, but it is also a modern craft.

Modern magic made the photo shoot for Handwoven September/October work. Pattie Lamb’s Seaside Magic in Turned Twill scarves were gorgeous even in a humble garage. Photos by Matt Graves

Weaving may have its roots in the past, but it thrives in the modern world. Here is an example of what I would call “modern weaving,” the theme of Handwoven September/October 2020:

Currently I‘m weaving towels based on huck lace and two overshot drafts, one from Mary Atwater, Orange Peel, and the other from Bertha Gray Hayes, Sweet and Lovely. The overshot drafts date back to the early 1900s and perhaps earlier. (Mary Atwater calls Orange Peel an “Old American” draft that she attributes to Colonial weavers.) I used a blended draft that I developed by hand on paper with a pencil. Although what I wove yesterday was basically an 8-shaft draft, I wove on my 24-shaft AVL loom with a Compu-Dobby that is hooked up to a laptop. When I wove the sections that were plain weave with only one shuttle, I watched season 7 of The Mentalist on my Kindle.

The projects in the issue can be separated into two main categories: modern materials and modern drafts, although some could be placed in both. For modern materials, there are projects woven with a bamboo blend, glitter camo fabric, Tencel, and the old/new fiber that has recently become popular, hemp. In fact, two projects were woven in hemp: Jennifer Miller Comstock used a rigid-heddle loom to weave houndstooth fabric for a bento bag, and Cynthia Newman turned to a 4-shaft summer and winter draft to weave hemp towels. 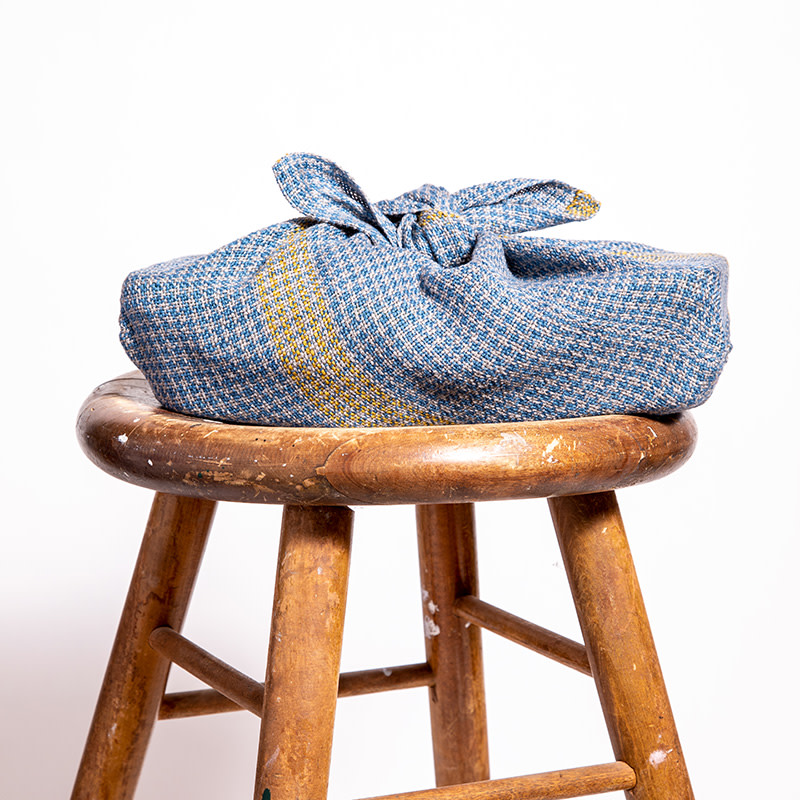 Many of our designers worked with weaving software to develop their drafts and get the look they wanted whether it was combining the elements of two overshot drafts into one or reworking an arc motif into ellipses such as Debra K. Sharpee did in her corduroy rag rug. Pattie Lamb wove Tencel and silk scarves that she designed using weaving software after seeing an example of turned twill with stripes that seemingly moved back and forth from front to back (see at top.) 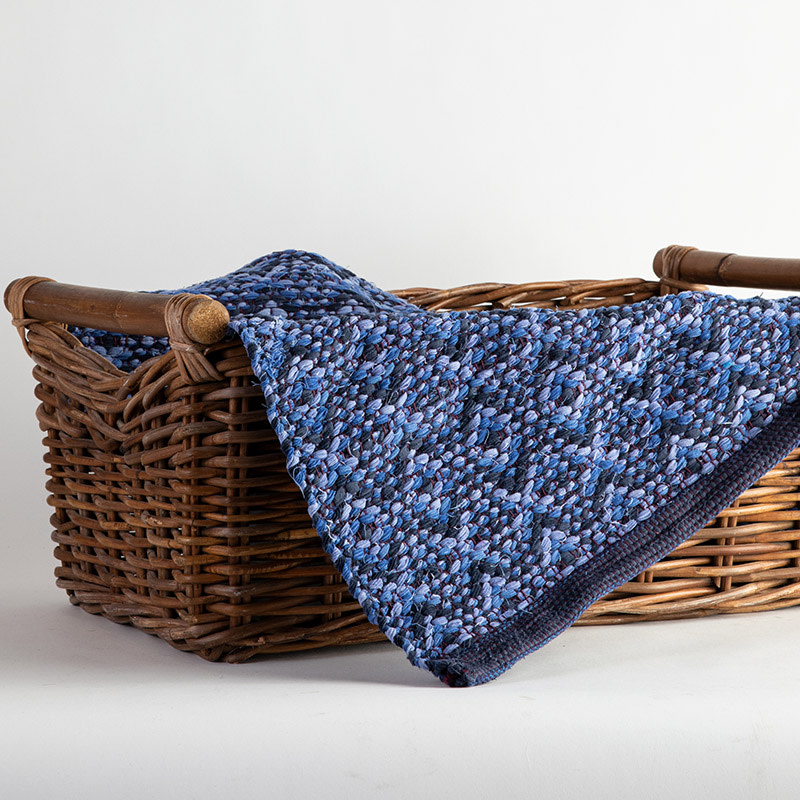 Check out this latest issue of Handwoven. I think you will agree that while weaving is a craft rooted in the past, it will also be part of our future.