The Oldest Fabric in North America

Because fabric deteriorates so easily, it doesn’t stand the test of time the way metal or stone artifacts might, so when archaeologists find even small bits of ancient fabric, it’s a big deal.

Christina Garton a year ago

Historical marker for the Windover Archaeological site near Titusville, Florida. Photo by Lisadays.

Anytime I learn about a new—or, at least, new-to-me—discovery of ancient fabric, I get excited. Bits of fabric are found usually because there are special environmental circumstances involved: extremely dry caves, melting glaciers, and peat bogs. The latter environment is where archaeologists found the oldest-known fabric in North America.

When I think peat bogs, I think Ireland and Scotland (and the lovely smell of peat bricks as they burn), but, as it turns out, there are also peat bogs in Florida—specifically, the Windover Archaeological Site, just a few miles from Cape Canaveral. At the site, you can find the Windover Pond, where a thick layer of peat lies under 6 feet of water. In that peat, archaeologists found the well-preserved remains of 168 individuals and, with them, 86 pieces of fabric estimated to be between 7,000 and 8,000 years old. 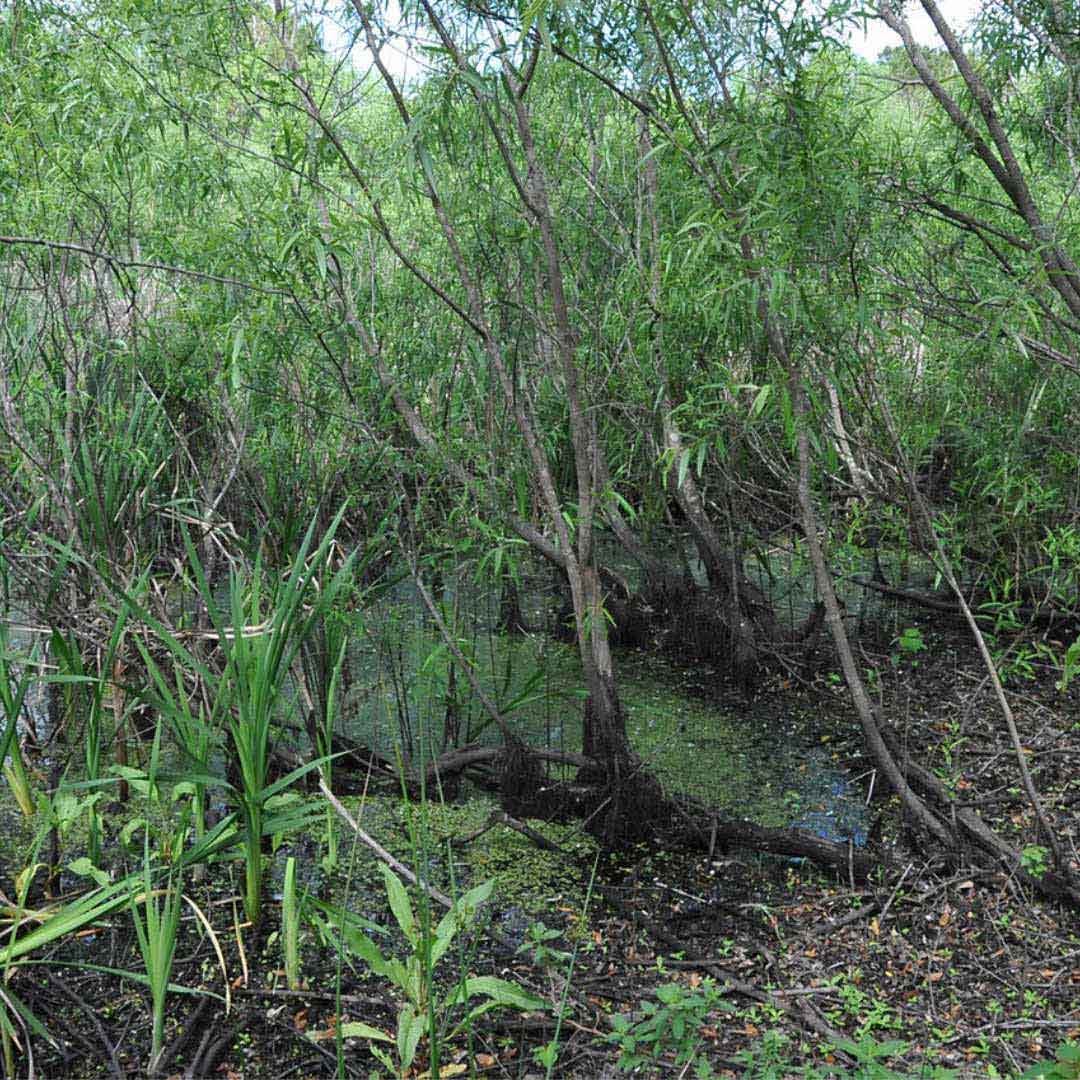 Beneath this pond is the peat bog where archaeologists found the oldest fabrics in North America. Photo by Roy Klotz.

As you might expect, one can’t simply extract these pieces of ancient fabric from their bog home and take them straight to a lab for analysis. Before the archaeologists could properly study any of the artifacts found in the bog, the items had to be properly stabilized. In the case of cloth, this means removing salt by soaking the pieces in deionized water that was changed frequently. Once the salts were removed from the fabric, the cloth could be studied.

These pieces of ancient fabric were believed to be used for everyday important items: clothing, bags, blankets, and the like. It was spun from local plant fibers with both S- and Z-twists. Some fabric was twined, while other pieces were woven in balanced plain weave. The weavers probably used frame and backstrap-style looms when weaving and twining these fabrics.

Now, if you’re like me and enjoy reading academic articles about archaeological finds that go into great detail about what was discovered and how it was stabilized—the kind of articles that, without blinking, throw around phrases such as “parylene stabilization”—then I highly recommend “Perishable Industries from the Windover Bog: An Unexpected Window into the Florida Archaic,” from the January 2001 issue of North American Archaeologist.

If learning about ancient fabric gives you the urge to start making, check out Carol James’s adorable Bog Baby Vest, from the March/April 2014 issue of Handwoven. This vest, made using the sprang technique, is based on another bog fabric find.