The Darker Side of Crinolines

When crinolines were combined with the flammable fabrics of the day, stepping too close to the fireplace could set a skirt alight, resulting in severe injury and, in some cases, death.

This satirical cartoon from Punch’s Pocket Book, published in 1857, features an inflatable crinoline. Caricature by John Leech. The crinoline was a frequent target in Punch, a popular British humor magazine.

Anybody who has seen Disney’s recent live-action movie Cinderella or the masquerade ball scene in the 1986 David Bowie/Jim Henson movie Labyrinth (one of my favorites) knows the beauty of a crinoline-formed dress. The graceful image of a woman gracefully descending a staircase—with hooped skirt gently swishing back and forth—makes crinolines seem like the epitome of elegance.

Crinolines started out as underskirts made from a stiff fabric woven of linen and horsehair, but they later turned into monsters of wood and whale bone. While crinolines were, in many ways, an improvement on wearing the layers of heavy, starched petticoats previously needed to create the same amount of volume, they came with their own set of problems. While many crinolines were fairly springy, women still had to be aware of how they sat down so as to avoid showing their undergarments or being buried in a pile of ruffles. Crinolines could also be caught in the wind causing the wearer to fall and hurt themselves and their dignity. 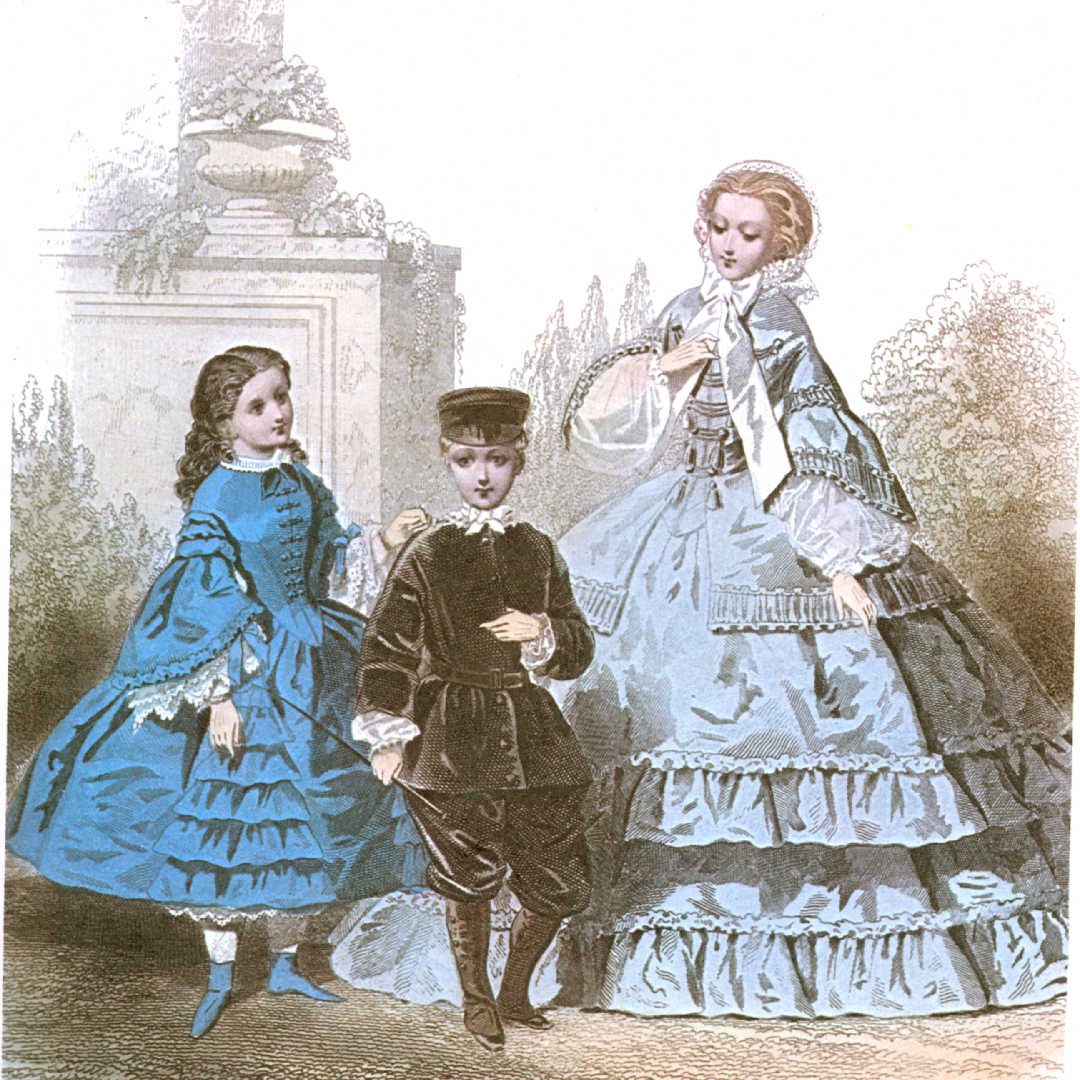 This French fashion plate from 1858 shows a mother and daughter wearing crinolines.

Crinolines also had more-serious safety concerns. It was not uncommon for them to be caught in wagon wheels or machinery, which would at best injure the wearer and at worst kill them. As if that weren’t bad enough, when crinolines were combined with the flammable fabrics of the day, stepping too close to the fireplace could set a skirt alight, resulting in severe injury and, in many cases, death. Famed nurse Florence Nightingale even criticized the fashionable undergarments in her Notes on Nursing, calling them an “absurd and hideous custom.”

So, while crinolines might make for a lovely silhouette in the movies, it’s probably a good thing this fashion trend is no longer. And of course, if you want to read more about the dangerous fashions humans have embraced over the years, make sure to check out my other blog about the deadly green dye beloved by the Victorians and Alison Matthews David’s book Fashion Victims: The Dangers of Dress Past and Present.