Indian fashion is far more than just saris. Learn about a few of the other Indian garments you might see in movies or read about in books.

A woman wears a sheer, red dupatta on her head and over her shoulders. Photo Credit: Ayyappa giri on Unsplash.

When you think about Indian textiles and fashion, it’s hard not to immediately think about the iconic sari with its yards of beautifully woven fabric artfully draped around the body. Of course, India is an enormous country with a multitude of cultures as well as a thriving fashion industry. While it would take writing articles every week for at least a year to make a dent in covering the list of traditional and modern Indian fashion, here are a couple garments you might see in movies or references to in books.

The inspiration for this article actually came from a book—specifically the wonderful Ayesha at Last by Uzma Jalaluddin, a retelling of Pride and Prejudice in modern Toronto. At one point, a character wears what's referred to as a “dupatta shawl.” Not familiar with this textile term, I looked it up and discovered the duppata is a beautiful shawl traditionally worn on the head and around the shoulders or worn around the neck like a more typical American-style shawl. If you’ve seen a Bollywood film, you’ve probably seen a dupatta carefully adorning the head of a beautiful heroine. 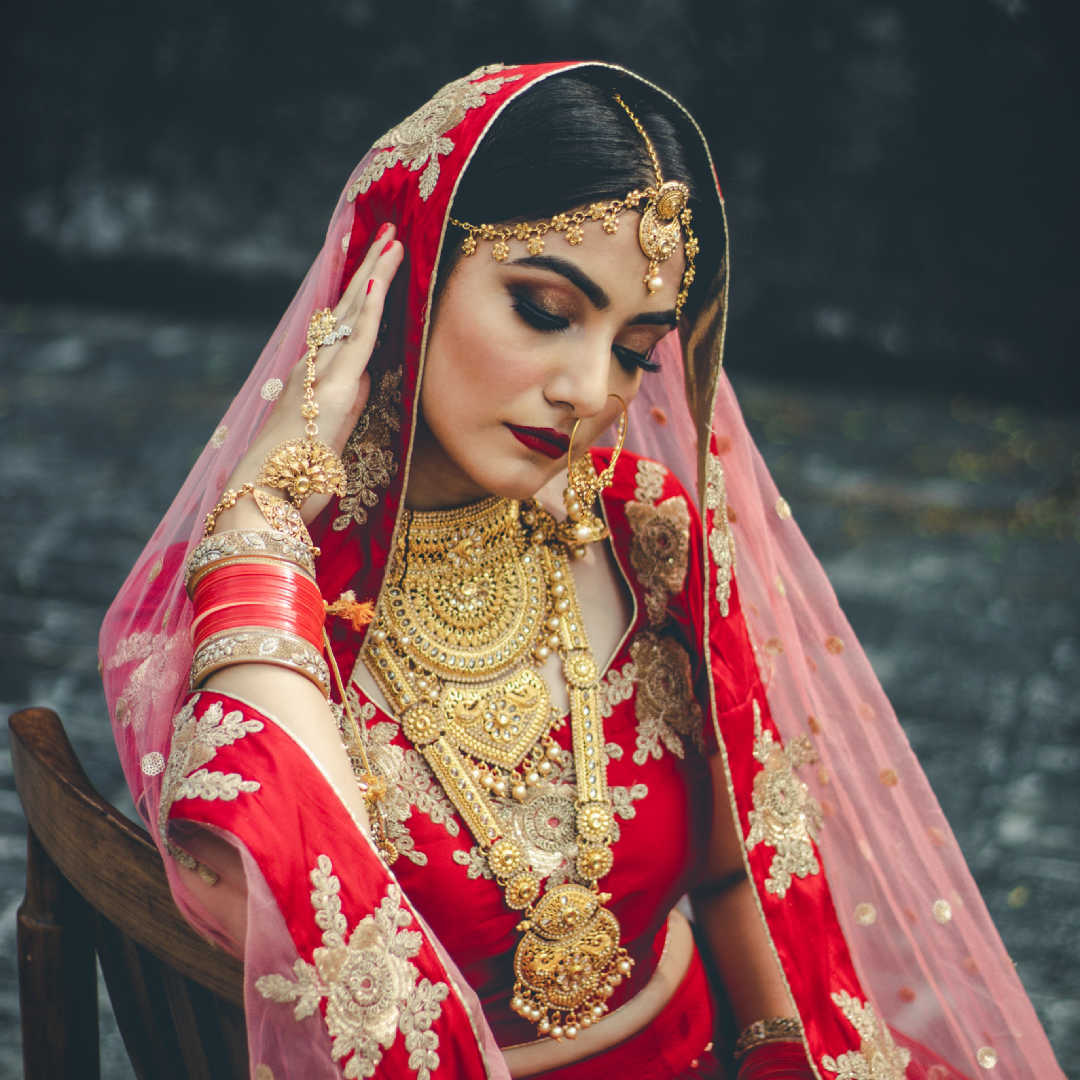 This elaborate dupatta features a decorative band around the edges and golden embroidery throughout. Photo Credit: Dollar Gill on Unsplash

The word dupatta comes from the Sandskrit for “double” (du) and “strip of cloth” (patta), and evidence of the dupatta can be found in ancient carvings from the Indus Valley Civilization, medieval Buddhist manuscripts, and other historical artwork. Dupattas come in a wide range of fibers, weave patterns, and densities. You can find elaborately woven, heavy silk duppatas; very simple cotton duppatas woven in plain weave; as well as gauzy dupattas trimed with a more elaborate woven band. 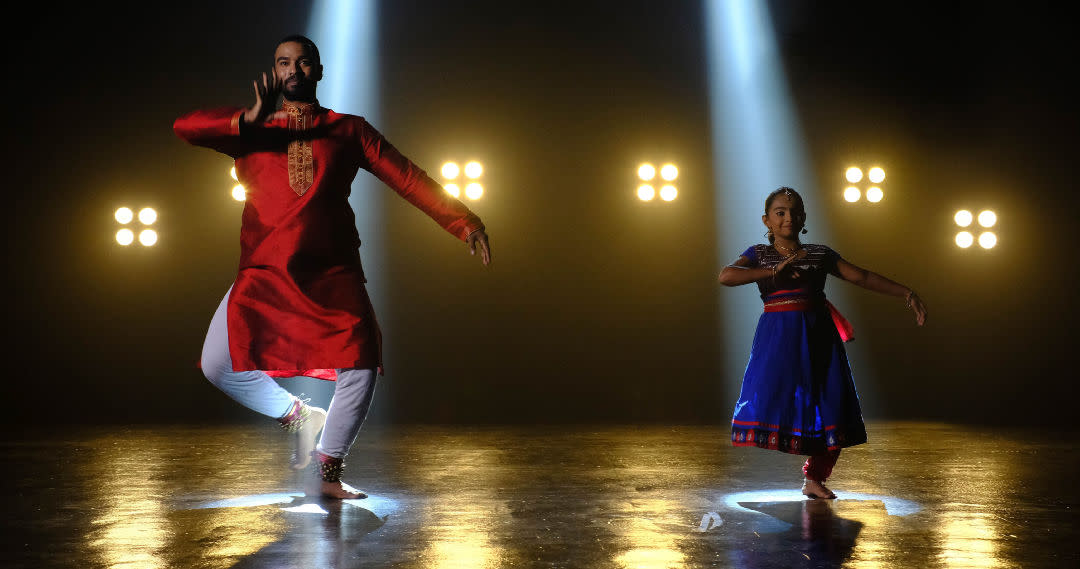 A man dressed in a red kurta dances next to a young girl. Notice the decorative embroidery around the neck and down the chest. Photo Credit: Nik Radzi on Unsplash

Another commonly seen garment is the kurta. Worn by both men and women, the kurta is a long, collarless shirt, similar to a tunic, that’s typically worn with trousers or leggings. While the dupatta has ancient origins, the kurta is far more modern in that it first became fashionable during the Mughal Empire (1526–1857). While kurtas can be beautifully woven, many of the fancier kurtas feature strips of elaborate embroidery around the neck and down the chest. Sometimes you’ll see a kurta paired with a loose pair of trousers that resemble cotton pajama pants. In this case, the outfit is often referred to as a salwar kameez.

This is, of course, by no means a definitive list of garments you might see being worn around India today, but hopefully it will help you identify garments beyond the sari. Look for future blogs to cover other garments including the churidar, the lehenga, the choli, and so much more.