Something for Everyone in Handwoven March/April 2020

Someone once told me that experienced weavers didn’t read Handwoven. I beg to differ.

When I was not yet the editor but was working as a tech editor, someone told me that experienced weavers didn’t read Handwoven. I had to bite my tongue. We were in a room full of experienced weavers, and I could have thrown a ball of yarn in just about any direction and hit someone that I knew was either a subscriber and/or was a frequent contributor. It just wasn’t worth it.

After 20 plus years of weaving, I would say I’m an experienced weaver, and I can tell you without a doubt that I learn things from every project and article that we publish in the magazine, and I have incorporated much of what I’ve learned into my own weaving. It is a perk of the job. I love pretty weaving as much as the next person, but I love weaving that is clever and pretty even more. The March/April 2020 issue is full of pretty weaving but is also full of a lot of great ideas.

Here are a few things I learned while working on the issue:

• Even though we often think of shadow weave as being woven with the same two colors in both warp and weft, Deanna Deeds instead wove her beautiful California Quail Call Scarf using weft colors that had similar values but weren’t the same colors as her warp. I also wasn’t aware that there was such a thing as a sound spectrogram that represents sounds visually. Deanna used one that represented the sound of the California quail as the basis for her draft.

• Not all fancy-looking pick-up on a rigid-heddle loom requires two pick-up sticks and the resultant need to re-pick ends over and over as you weave. Stefan Moberg used one pick-up stick to create a two-sided weave in his Spider-Weave Scarf. He simply used the same pick-up pattern in different ways. In addition, I wouldn’t have thought that wool singles would hold up on a loom, but he proved me wrong. 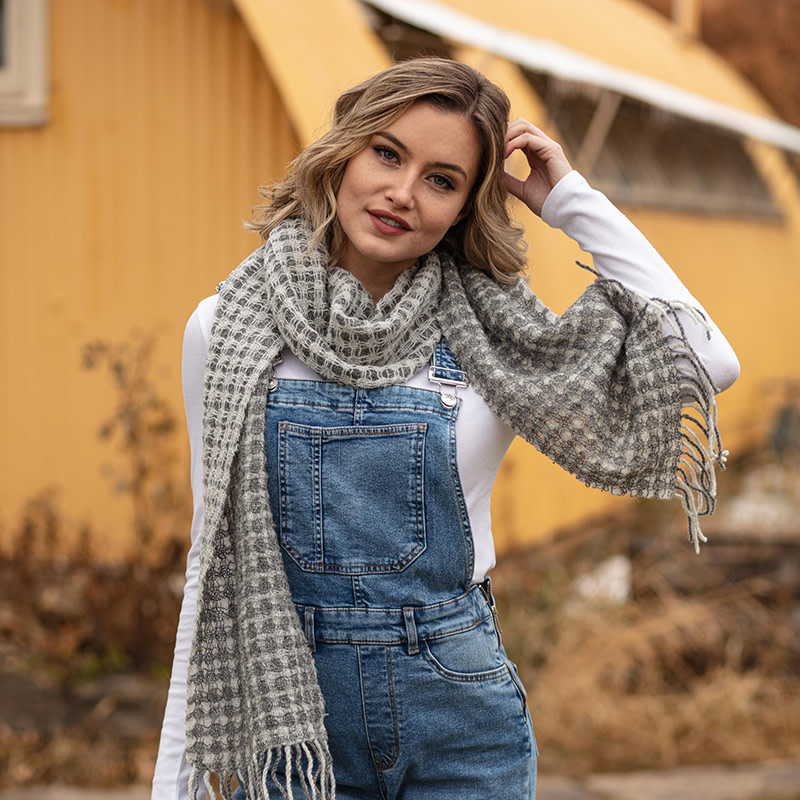 Stefan Moberg's clever use of just one pick-up stick on a rigid-heddle loom intrigued me. For multishaft loom weavers, we included a 4-shaft draft that weaves the same pattern. Photo by George Boe.

• You can dye yarn without fancy equipment. Elisabeth Hill’s article about using Bengala Mud Dyes was interesting to me. I, too, am only an occasional dyer and don’t have the equipment in my home to safely enjoy dyeing yarn. I was intrigued by her success with safely dyeing yarns without having to use large amounts of water or heat. To me, it seems like the perfect fun spring outdoor project to do alone or with a group of friends. 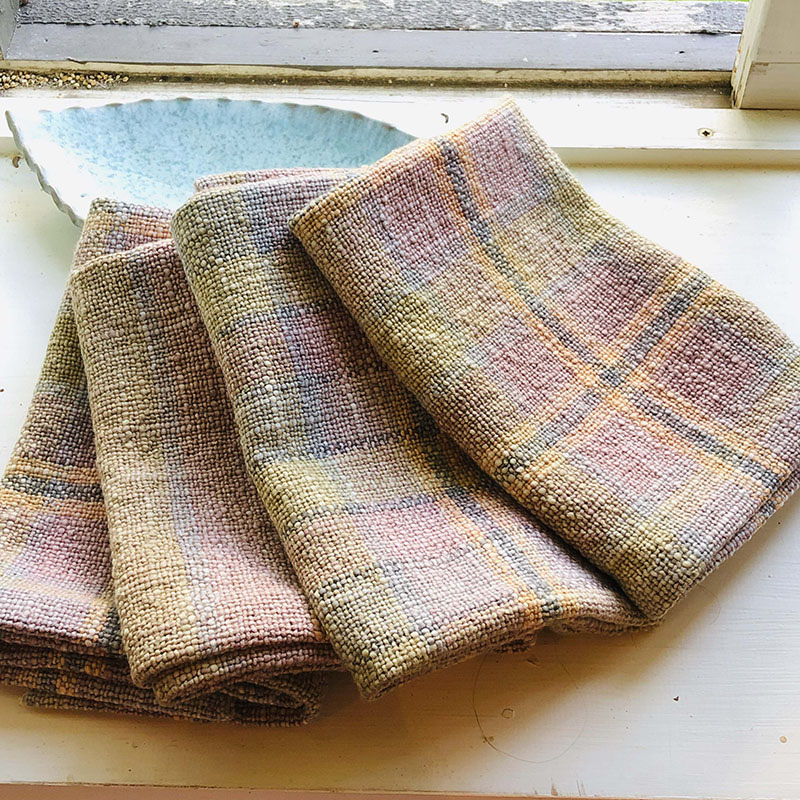 Handwoven March/April 2020 has something for all weavers, experienced or not. If nothing else, where else are you going to find a recipe for Tom Knisely’s favorite Walnut–Brown Sugar Cookies?