In her Rose Circles Bed Runner in the March/April 2019 issue of Handwoven, Rosalie Neilson takes the traditional coverlet and turns it on its head, all while paying homage to its history.

I love the look of traditional “American” coverlets, with their natural dyes, delightful overshot, and summer and winter designs. In her Rose Circles Bed Runner in the March/April 2019 issue of Handwoven, Rosalie Neilson takes the traditional coverlet and turns it on its head, all while paying homage to its history. Here’s what Rosalie had to say about her design: 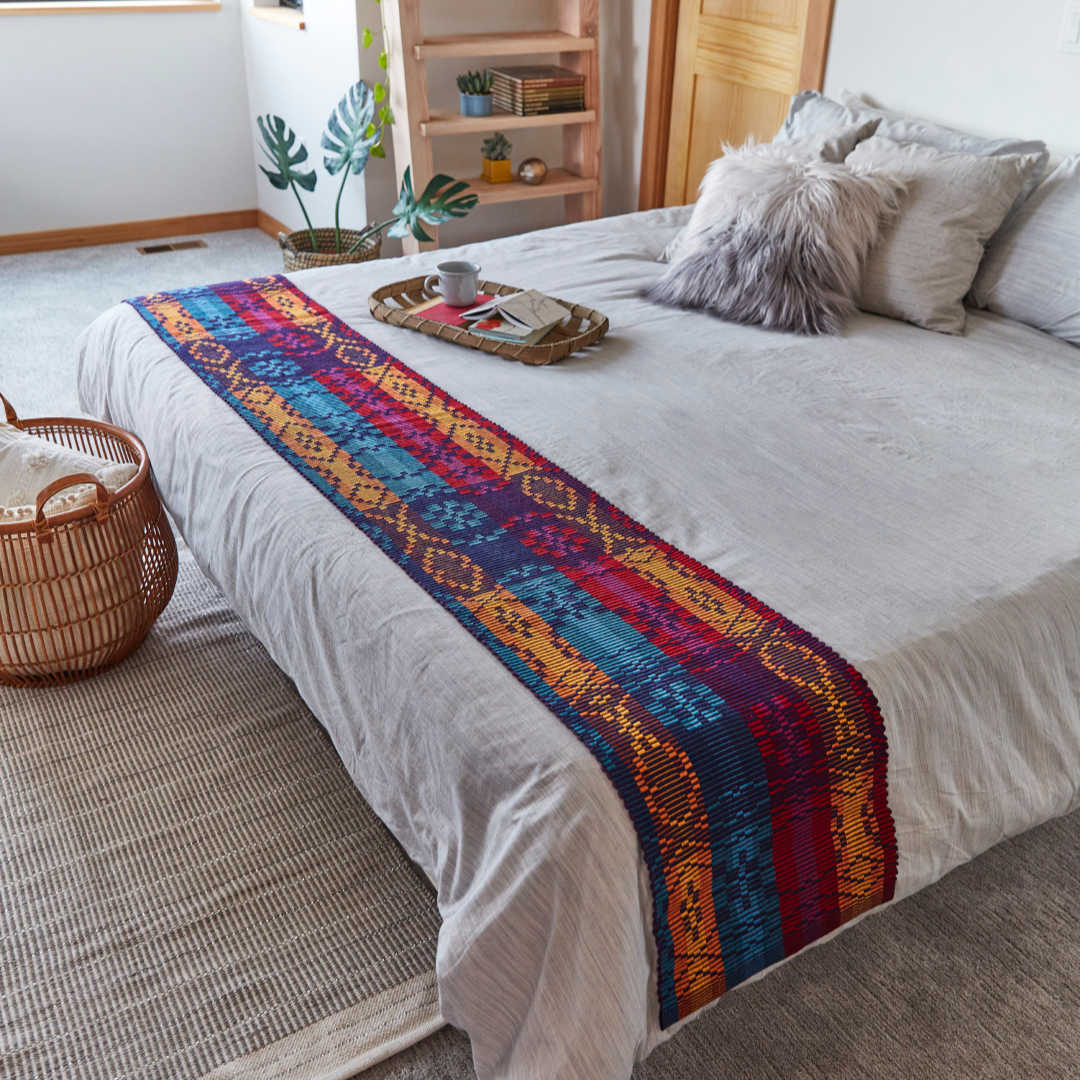 When it comes to handweaving the word “Americana” conjures up the amazing array of coverlets woven generations ago in New England and the Appalachian Mountains. These coverlets, woven in overshot, summer and winter, and doubleweave, share a rich vocabulary of similar motifs.

When I first started weaving, I faithfully copied the threading and treadling of the Whig Rose pattern in Mary Black’s book New Key to Weaving. At the time, I knew very little about block design theory. The overshot patterns appeared magically as I wove the checkerboard motifs known as Star and Rose. When I started accumulating weaving books, I began to see how these two motifs were arranged in a wide variety of coverlet patterns.

Because my favorite weaving technique is warp-faced rep, I designed a bed runner using the Star and Rose motifs, arranging them in my own style. I wove the initial motifs in a compressed fashion to acknowledge that early handweavers spun their own yarns, and achieving a “square” motif was often not possible. I also chose two different shades for each of the three colors, yellow, blue, and red, to acknowledge that the yarns were hand-dyed and that the dyelots often did not match in the same coverlet. The stars and roses changed colorways as well. The stars are woven in the background colorway (purple), while the roses are woven in the pattern colorway. The resulting bed runner appears in a checkerboard style, with alternating sections of pattern and background colorways.