I am a keiki o ka aina—born and raised in Hawaii, descended from immigrants brought to the islands to work on sugarcane plantations. As I became interested in weaving, I harked back to family memories of palaka, the Hawaiian term for a particular plaid fabric, usually blue and white.

The history of palaka in Hawaii is really a reflection of Hawaii’s past, from its first European interaction to the present. Pre-European Hawaiians dressed in tapa (also known as kapa), a beaten cloth made from paper mulberry, but after European contact, they rapidly adopted harder-wearing woven cloth and dress. It is one garment in particular, a sailor’s shirt or “frock” as it was called, that was apparently transliterated as palaka, and the name shifted to mean the coarsely woven fabric from which the shirt was made. Most recently, the term palaka became identified with the specific cotton twill blue and white block design we know today. At least one source credits the name as a simple transliteration of “block,” but this is debatable.

Originally, the palaka fabric was imported from England and America. Research on early American fabrics shows many similar plaid patterns. Hawaiian and Portuguese workers adopted palaka shirts in the 1890s, and by 1922, palaka clothing was being produced for the plantation stores. The Japanese who came to the islands between 1885 and 1924 to work the fields brought their own clothing traditions to Hawaii; among them were skilled tailors who purchased palaka fabric and made the long-sleeved palaka jackets whose checked patterns were reminiscent of their own traditional checked goban-ji fabric. As a girl, I remember seeing Japanese workers going off to work in the cane fields dressed in denim pants and long-sleeved palaka tops, a necessary protection from the sharp-edged cane leaves. Palaka tops were similarly worn in the pineapple fields to protect workers from the sun and the spiky pineapple leaves. 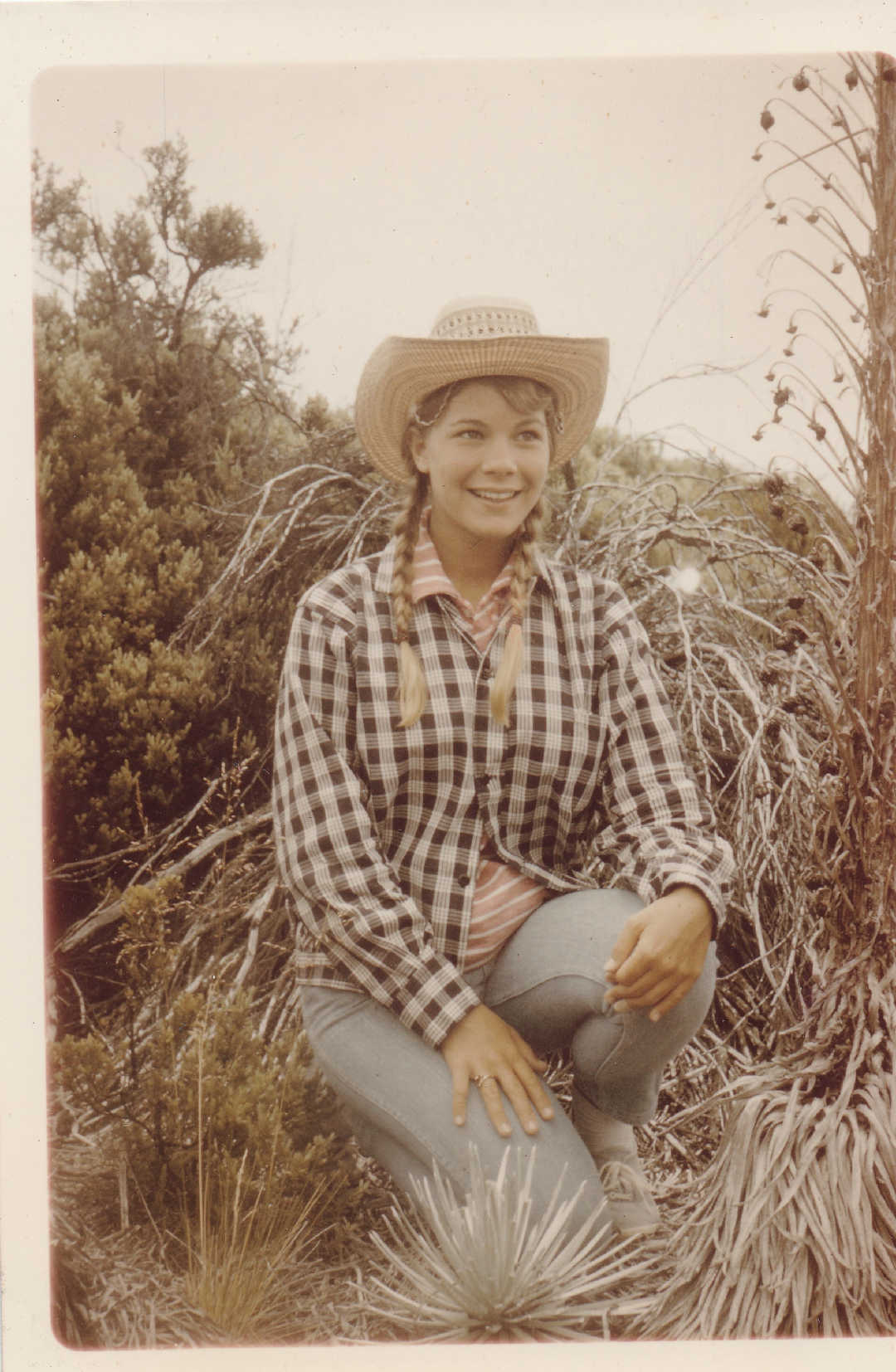 The author’s sister, Susie, wearing a palaka shirt in 1968. The shirt is similar to those worn by plantation workers and was probably purchased at Hilo Dry Goods. PHOTO BY CLIFF DAVIS.

The tough twill fabric was also adopted by the Hawaiian cowboys, the paniolos (the first cowboys in Hawaii who came from Mexico and spoke "Español," hence the name), who wore loose-fitting button-front shirts made of palaka. These in turn morphed into aloha shirts in popular culture, extending the appeal of the fabric to the wider population in the 1950s. Gradually, aloha print material replaced palaka as a fashion item, but its appeal as a hardwearing, comfortable fabric was recognized by surfers, and palaka board shorts were the fashion statement for a while. My mother was a good seamstress and produced palaka clothing for the whole family, as did my mother-in-law.

In “A Reflection on the Checker Past of Hawaiian Denim,” Taylor Hall concludes his research with the following: “From 1910 to 1940 Hawaii invented its culture and identity . . . and palaka was the clothing the people chose to wear when it was time to build . . . and even when it was time to relax. It’s not a pattern made for money or excitement but to endure the hardships of work and appeal to the eyes of men and women burnt by the sun and hands stained by the earth. . . . It is unique because with all its initial differences in class, culture and race, palaka dressed every person . . . and told the rest of the world: I am Hawaii.”

Palaka fabric continues to be available today, serving a niche market of local residents, but it is a far cry from the tough cotton twill of days past. These days, it is much lighter in weight and is a cotton/synthetic blend. It is also now available in a variety of colors, but it is the classic blue and white that most appeals to me.