More Weaving on the Weekends

Staying in might spur you to try new techniques such as the weft color blending I used in my scarf.

The second half of the scarf after the transition from lavender to gray. Only 26 inches to go! Photo by Susan E. Horton

The advantages of being a weaver quickly come to light when you need to stay close to home and avoid large gatherings as we’ve been advised to do in response to the outbreak of the novel coronavirus (COVID-19). Unfortunately, it means not attending guild meetings, but there are other ways to continue to interact with other weavers and learn new skills. Weavers are very active on the Web, on Facebook, Pinterest, and Instagram—not to mention their own websites. There are courses, videos, books, and magazines (one in particular comes to mind!) to download to watch and read.

I spent the past weekend working on the scarf I wrote about last week. It’s on my rigid-heddle loom, which lets me move it into the living room so I can listen to the news on TV as I weave. I wove a lot and am now in the home stretch with only 26 inches to go. It’s pick-up using two patterns, so the weaving isn’t very speedy but is satisfying nonetheless.

I started the scarf using lavender but wanted to end with gray, so I used an idea I got from a scarf pattern by Trudy Sonia in Handwoven March/April 2016 for my transition from one color to another. With thinner threads that are very similar in value, you could simply weave for an inch or so alternating the two colors as I did here using 60/2 silk, and the transition will look almost seamless. But I’m using doubled 8/2 Tencel with an ppi of 12, so I needed another solution. 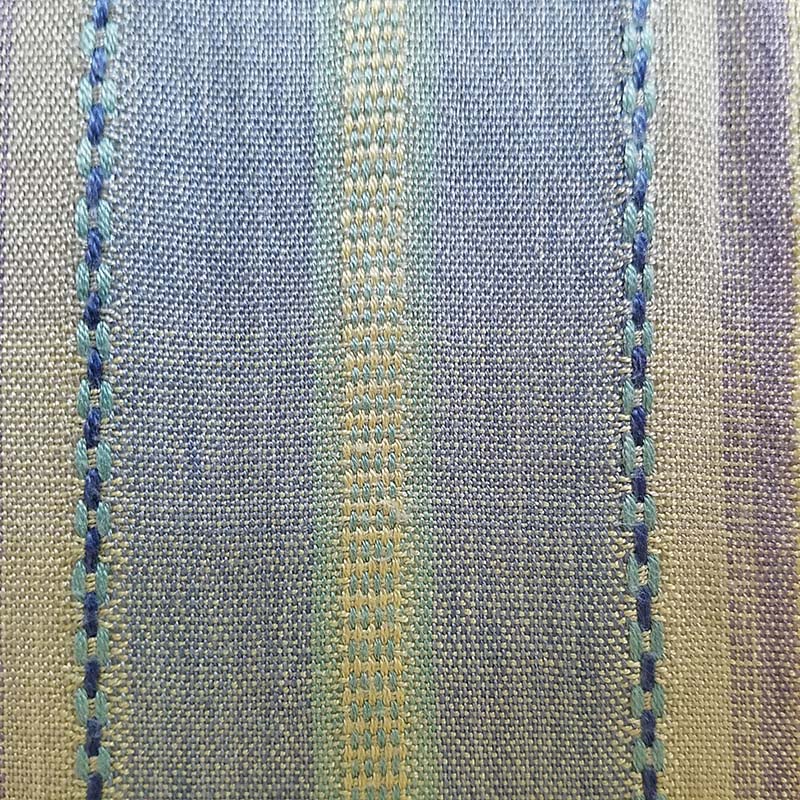 With only 26 inches to go, I’ll be weaving a bit in the evenings with the hopes of working on the fringe next weekend.