Women would sometimes wear these muslin dresses in all kinds of weather—rain or shine. According to some sources, this led to an increase of respiratory illnesses dubbed “muslin disease.”

Steel engraving of Marie Antoinette before her execution.

When most people think of Marie Antoinette, chances are that images of an elaborately dressed woman with a gravity-defying coiffure come to mind. While the doomed queen certainly dressed in the latest French fashions while at court, she preferred a simpler style when visiting her country estate. During one of those trips to the country, Antoinette was painted wearing a simple (and scandalously thin), white cotton dress.

The Louise Élisabeth Vigée Le Brun painting, titled Marie Antoinette in a Muslin Dress, stirred controversy and started trends. The dress was so simple that there were some who assumed the queen had posed in an undergarment. The muslin dress was also made from Indian cotton, and because India at this time was a British colony, wearing cotton was seen as highly unpatriotic. Of course, as many people were shocked and appalled by the “lewd” painting, many more women decided to instead follow the Queen's lead and trade their elaborate silks for simple, white cotton dresses. Far more comfortable and much cooler, the little white dress was the little black dress of its day. 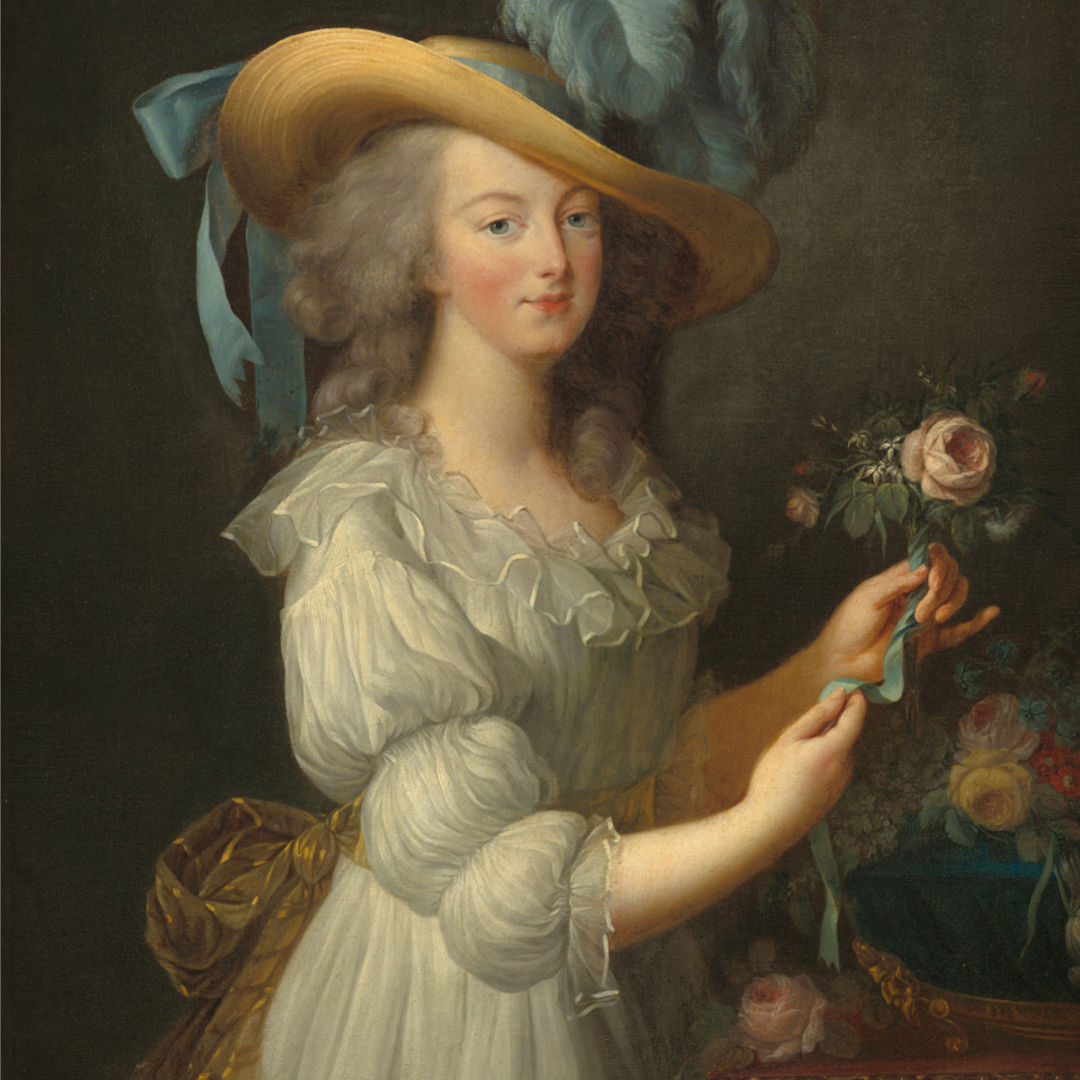 The painting Marie Antoinette in a Muslin Dress by Louise Élisabeth Vigée Le Brun might seem harmless by today's standards, but it caused no small amount of controversy when first exhibited.

Even after Antoinette’s execution, the legacy of the white muslin dress lived on, but in post-revolution France, it suddenly took on a new, patriotic meaning. Ironically, even though it was a queen who made muslin fashionable, cotton was seen as the fabric of the common people. More and more people, wanting to distance themselves from the nobility of old, chose to eschew silks and velvets in favor of cottons and wools.

Cotton’s rise in the world of fashion wasn’t all positive. Women would sometimes wear these muslin dresses in all kinds of weather—rain or shine. According to some sources from the time, this led to an increase of respiratory illnesses dubbed “muslin disease.” (There are also some modern sources that claim women would wet their dresses before going out so that they could, ahem, show off what was underneath, but I haven’t been able to find any evidence that this actually happened. Of course, given that both men and women continued to wear cloth dyed with an arsenic-based green dye even after finding out it was deadly, I wouldn't be surprised to find out this was true.)

Eventually, the demand for cotton grew to an extent that India couldn’t keep up, so merchants instead turned to the Americas, where most cotton was grown by slave labor. Thus, as Europe’s lust for cotton grew, so too did the slave trade. A dark side to the world’s favorite light fabric.