Lily Hope is one of the few remaining traditional Chilkat weavers. Read about the traditions she follows, and the techniques she uses to weave beautiful dancing blankets.

Lily at the loom weaving a raven blanket. PHOTOS BY SYDNEY AKAGI PHOTOGRAPHY

In the September/October 2020 issue of Handwoven, the Spotlight article writen by Sherry Taylor was about Lily Hope one of the few remaining traditional Chilkat weavers. I found this special type of weaving and weaver fascinating. I hope you do too! - Susan

Originating in the Pacific Northwest, Chilkat weaving is a complex finger-twined weaving style requiring a great deal of expertise, time, and dedication. A single Chilkat ceremonial robe—also called a dancing blanket—can take one to four years to weave. These magnificent dancing blankets are worn for ceremonial occasions by dignitaries and high-ranking tribal members of the Haida, Tsimshian, Tlingit, and other Northwest Coast indigenous peoples of Alaska and western Canada. They are symbols of wealth and endow clan leaders with great prestige. Chilkat blankets are sought by museums, art collectors, and cultural leaders alike.

Last summer, I took a trip to Juneau, Alaska, and while I was there, I had the opportunity to meet Lily Hope, one of the few remaining traditional Chilkat weavers. She graciously met me at the Juneau-Douglas City Museum with her loom and her charming, warm personality. She openly shared her love for her art, her techniques, and her spirit.

Growing up in Juneau, Lily Hope learned to weave in the traditional way, watching and learning from her mother, the late renowned weaver Clarissa Rizal(1956–2016). Lily is Tlingit Indian, of the Raven moiety. Her mother’s mother’s clan, the T’akdeintaan, originated from the Snail House in Hoonah, Alaska. Lily’s mother was one of the last living apprentices of the late master Chilkat weaver Jennie Thlunaut (1891–1986). Now Lily is one of fewer than a dozen Chilkat blanket weavers preserving the fidelity of this traditional heritage as she teaches both Ravenstail and Chilkat weaving nationally and internationally. Her weaving has won many awards. Lily’s work is collected at Sealaska Heritage Institute and the Portland Art Museum. In addition to teaching and weaving, she lectures on the spiritual commitments of being a weaver. 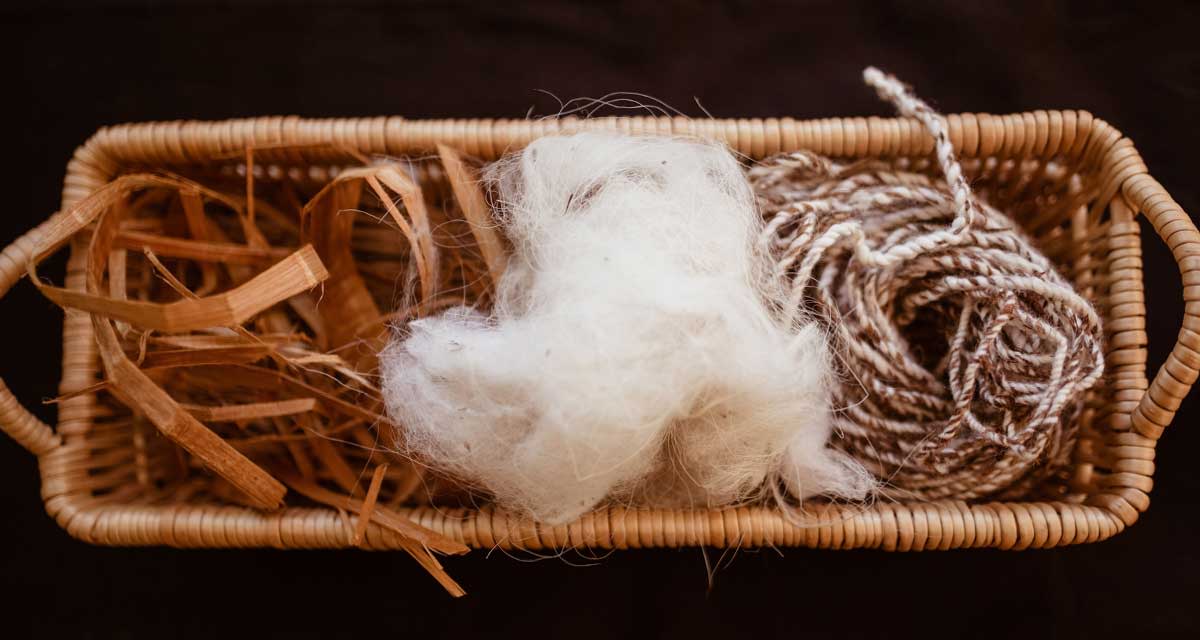 Some of the traditional materials Lily uses in her weaving.

Chilkat dancing blankets are woven on an upright wooden frame with no tools other than a tapestry needle to tuck in braids, and small design templates traditionally made of cedar bark and now printed on transparent papers. The warp is fastened only to the top of the vertical frame so that the bottom of the warp hangs free. The weaving proceeds by finger-twining small vertical sections, as opposed to moving horizontally from side to side as with a floor loom. This gives Chilkat weaving its unique personality. For example, it is the only textile tradition in the world in which a perfect circle can be woven. This construction allows for the beautiful representation of clan crests and animals of the area including whales, eagles, ravens, wolves, and frogs. Chilkat robes feature long fringe of thigh-spun wool and cedar that sways when the wearer dances. The woven fringe rows are vital to the life of a robe as they bind the long warps to keep them from tangling. Dance handles of soft spun leather are often sewn inside, so the fringe moves magically when the robe is danced.

Weaving a Chilkat blanket includes the gathering and preparation of traditional materials. Traditionally the division of labor was very clear in these weavings. Men provided the materials for the weavings and carved the pattern boards that were placed to one side of the weaving frame. Only the black color was shown on the pattern boards, as experienced weavers had artistic control for where to place the yellow and blue. Women prepared the materials, spinning mountain-goat hair and yellow cedar against their thighs to create the warp fiber. Merino wool replaces mountain-goat hair in many contemporary robes, as it takes upward of five fleeces to create a full-sized robe. Chilkat weaving is organized chaos, as a single 6-inch area of weaving can have four or more colors interlocking horizontally and up to 160 moving vertical braid strands.

Black, yellow, and blue/green are the dominant colors in the weavings, with sparing use of the natural color of the undyed wool. Traditional dyes include wolf moss lichens, oxidized copper, and urine-steeped hemlock bark. One of Lily Hope’s dreams is to travel to Teotitlán del Valle outside of Oaxaca, Mexico, to study the art of natural dyeing where it has been practiced for centuries.

Lily is deeply engaged in the spiritual aspects of weaving, such as fasting, daily gratitude prayers, and honoring her teacher’s advice by seeking balance in her work and family life. In her words, “The weaving of a Chilkat blanket takes a daily surrender from the artist to the will of what this being wants to become. It is much like birthing and raising a child with the first dancing of the robe like a toddler’s first steps.” Some Chilkat teachings don’t always seem rational, and her teachers are no longer alive for her to ask why. Still, Lily adheres to the teachings, such as “use red sparingly,” “cover your weaving when you’re not at the loom,” “don’t share photos of your in-progress work with the buyer as it takes the wind out of your sails,” and “never ever come to the loom angry.” 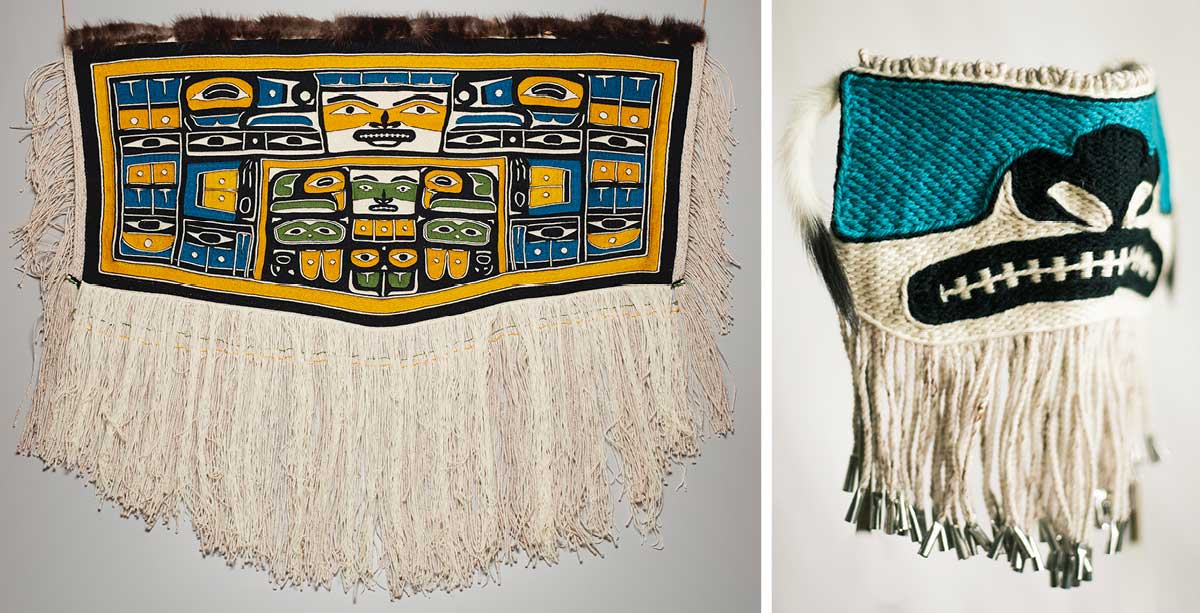 According to Lily, “When creating our Chilkat blankets, we are the closest to the spirit realm as they serve as a veil between our physical and ethereal realms. We weavers of the Chilkat blankets take this spiritual work quite seriously.” Several words describe the weaver’s journey in creation and the dancer at a Chilkat blanket completion: Profound. Moving. Transformative.