The Legacy of Bertha Gray Hayes

Today’s weavers owe much to the early 20th-century giants who revived handweaving. If you’ve ever woven a miniature overshot, you can probably thank Bertha Gray Hayes.

Today’s weavers owe much to the early 20th-century giants who revived handweaving in the American craft scene: Mary Meigs Atwater and the Shuttle-Craft Guild, Harriet Tidball, and Osma Gallinger Tod. But if you’ve ever woven a miniature overshot or a name draft, you may have to thank a lesser-known but passionate weaver named Bertha Gray Hayes.

Bertha Gray Hayes was born in Middleborough, Massachusetts, in 1878. Little is known of her early life, but she moved to Providence, Rhode Island in 1914, and from 1931 until her death in 1947, she worked as a clerk and bookkeeper at the Providence Gas Company. According to the book Weaving Designs by Bertha Gray Hayes: Miniature Overshot Patterns, former coworkers remembered her youthful appearance, poise, and tasteful dress, but their most profound memory was that “weaving was her life.” 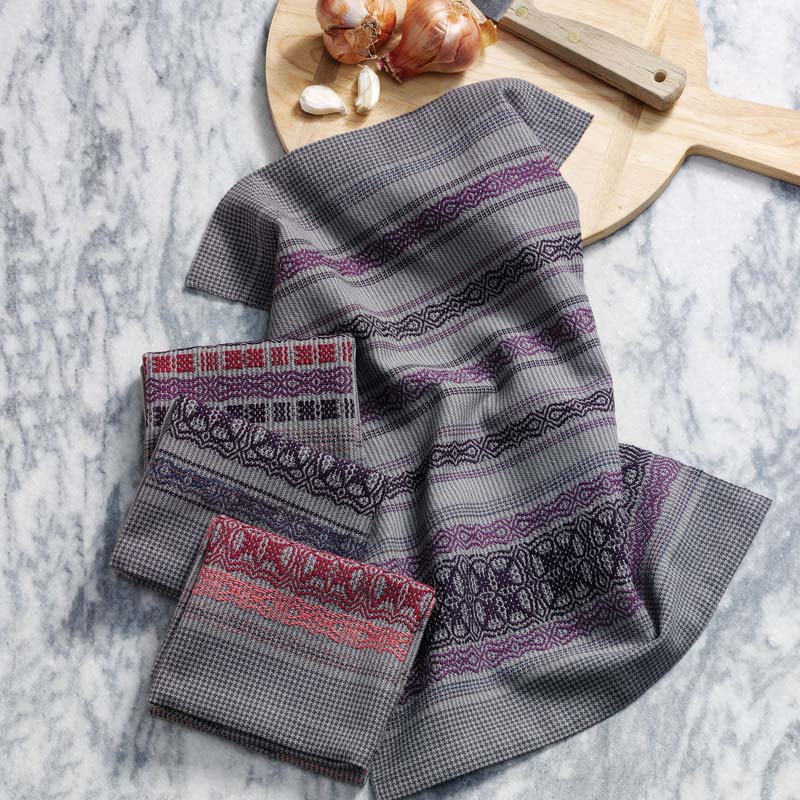 No one knows what started Bertha Hayes down the weaving path. Perhaps it was the rich textile heritage of her adopted home, Rhode Island. But in 1923, she became a charter subscriber to Mary Meigs Atwater’s correspondence course, the Shuttle-Craft Course in Weaving. She kept a scrapbook of lessons and ideas. At some point, she struck out on her own, taking traditional overshot in new directions.

For the full article, and to get the pattern for the Sweet Little Wedding Towels, please see: "Traditions: Sweet Little Overshot, THE LEGACY OF BERTHA GRAY HAYES" by Anita Osterhaug found in Handwoven November/December 2016, page 58