The Knitting War Spies of History

In the United States and abroad, wartime has long involved knitters.

In the United States and abroad, wartime has long involved knitters. Especially before women were involved in combat, they were encouraged to support troops from home by knitting necessary items for soldiers such as socks and hats. Since knitting was a very common sight, nobody would think of knitting as a suspicious activity. But knitting and espionage have a certain connection throughout history.

Let’s go way back to the Revolutionary War in the United States. As British troops took over the homes of colonials during the war, these people became less than pleased. One such dissatisfied rebel was Molly “Mom” Rinker of Philadelphia. Troops quartered themselves in her house and did not allow the men of the household into the dining area, but Molly was allowed in to serve the troops. It was here that she listened closely to their conversations. She would then write the information down on a small piece of paper, wrap it around a stone, and wrap yarn around the stone until she had a very normal-looking ball of yarn. She would take this yarn ball to a rock overlooking some woods. There she would sit and knit, dropping the ball of yarn off the rock and into the woods below without notice. One of George Washington’s men would ride by and grab the yarn to learn British military secrets. 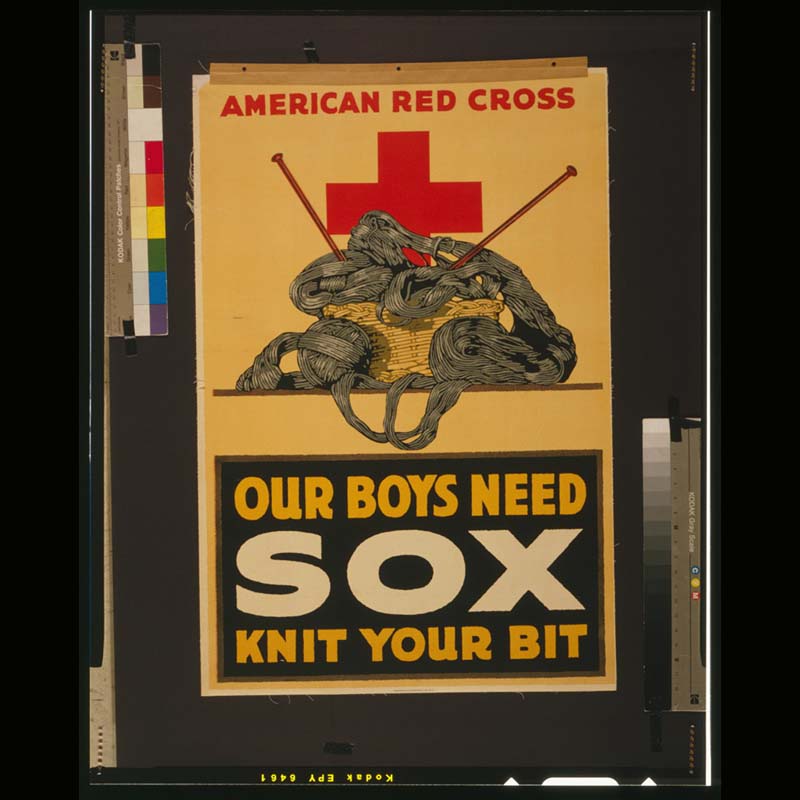 During World War I, another yarn-equipped informant helped the Allies. A Frenchwoman named Madame Levengle would sit in front of her window and knit. As she knitted, she would watch troop movements from the window and tap her feet on the floor to send codes to her children pretending to do schoolwork on the floor below. The children would write down the codes, and all went unnoticed by nearby German marshals the whole time.

In World War II, an infamous American spy named Elizabeth Bentley used knitting to disguise her espionage as well. She ran two spy rings that sent damaging information about the United States to the Soviet Union, and she would sneak documents to the Soviets in her knitting bag.

Phyllis Latour Doyle was a secret agent for Britain during WWII. She parachuted into Normandy in 1944 and chatted with German soldiers, acting as a friendly helper. But then she knitted messages to the British, which they translated using Morse Code. Knitting coded messages is a form of steganography, which is a way to physically hide messages. A specific combination of knit and purl stitches could be translated into messages.

While knitting coded messages was less common than using knitting to disguise suspicious activity, codes in knitting were still a threat. The Belgian Resistance during World War II recruited women who had windows overlooking railway yards. They were to note the German train movements with their knitting: Purl one for one type of train, drop one for another. During World War II, the Office of Censorship in the United States banned people from posting knitting patterns abroad, since the instructions could in fact disguise military secrets.

Next time you suspect someone might not give knitters the respect they deserve, make sure to set them straight with the radical history of wartime knitters!