The last of the Sweet Orange Huck Towels, off the loom, hemmed, and pressed. Photo by Susan E. Horton

All my weaving life, I’ve often heard people say that weavers are either patient by nature or learned patience through weaving. In my opinion, it may be neither. I’ve been weaving for a long time, and I’m not particularly patient standing in a long line to check out when someone in front of me has what appears to be 5,000 coupons, or waiting at a stoplight for the light to finally cycle around to me and then turn yellow two seconds later, before I’ve gotten to the intersection.

I’ll admit to being patient about warping, threading, and sleying large numbers of ends, but I don’t feel that patient with myself when I need to make string heddles because of an error right smack in the middle of the warp, or when I tie on to the front beam on a rigid-heddle loom before moving the ends from the slots to the holes.

I think it’s another P word, perseverance. Why else would we continue to weave on a warp that we’ve lost all interest in? Lots of weavers will admit that within a half hour of starting to weave a project, they’ve often already moved on in their mind and would rather be starting the next one. I’m in that group, so why did I put on a 15-yard warp to weave 15 “Sweet Orange Huck” dish towels when I could have done less than half that number for the HGA towel exchange? I thought that blending two overshot drafts with huck lace for a set of towels would make my interest last a bit longer, and maybe it did, but eventually, I was just going through the motions to finish off the warp. At the start, I was experimenting with colors and the different pattern possibilities, and it was fun, but the novelty wore off somewhere around the sixth towel. 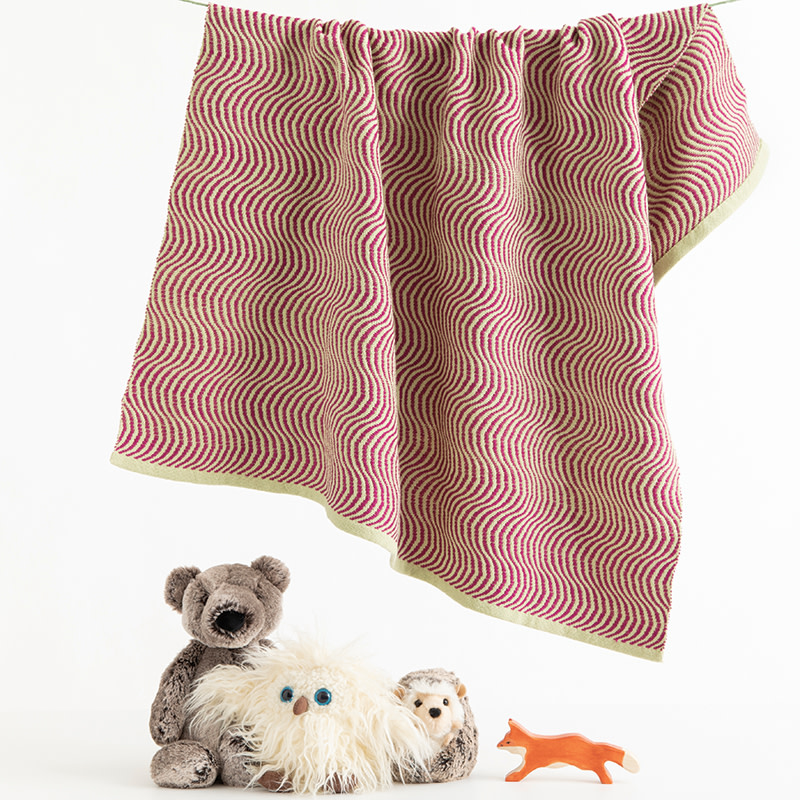 In the introduction to his Baby Blanket and Towel project in Handwoven May/June 2019, Tom Knisely wrote about a time when he thought he would like to be a production rag-rug weaver and put on a 50-yard natural-colored warp. He lost interest in his warp somewhere around the fifth rug, with 40 more yards left to weave. As he succinctly put it, “I was bored out of my gourd.” Of course, he kept going and eventually finished weaving off the warp having learned a great deal about himself, probably mostly centered on knowing that he would never be a production weaver. He might also have learned that he was perseverant because I’m pretty sure he wasn’t feeling super-patient by rug number 25. I can just imagine him cutting his rags thicker and thicker as he went along, hoping to speed up the process!

I’m not sorry to have woven the last 7 towels (if you omit the one on the far left in the top image that I wove with a hand-dyed weft that ran. Grrrr!). We missed a couple of weddings last year that have been rescheduled for this year, and two more weddings have been added to the list. Whether we will be able to go to them isn’t certain, but I have a towel for each couple. I also have a towel for a supportive non-weaver friend with a red kitchen, and two for my sister and niece. And now I have none, unless you count the wrecked one mentioned above that belongs in the rag box. Maybe I should put on a towel warp. . .