Weave up a beautiful iridescent table mat in polychrome doubleweave on an echo weave threading or turned taquete with this project by Marian Stubenitsky.

Marian Stubenitsky a month ago

Marian Stubenitsky's Iridescent Echoes Table Mat can be woven in either polychrome doubleweave or turned taquete.

During the years before I actually wrote my book Weaving with Echo and Iris, I did a lot of research and sampling on echo weave. In my experiments, I tried weaving more “echoes.” By serendipity I discovered that an 8-shaft echo weave threading with four parallel lines that was woven using a 3/1/1/3 tie-up produced both woven iridescence and sections of pocket weave. By changing the treadling order, I could make a polychrome, block doubleweave, with pocket weave in one block and integrated doubleweave in the other.

The same threading can also weave a structure similar to turned taqueté by weaving the twill tie-up as pattern picks, alternated with two ground picks acting as a sort of tabby. (Because of the way echo weave is threaded, true plain weave cannot be woven.) 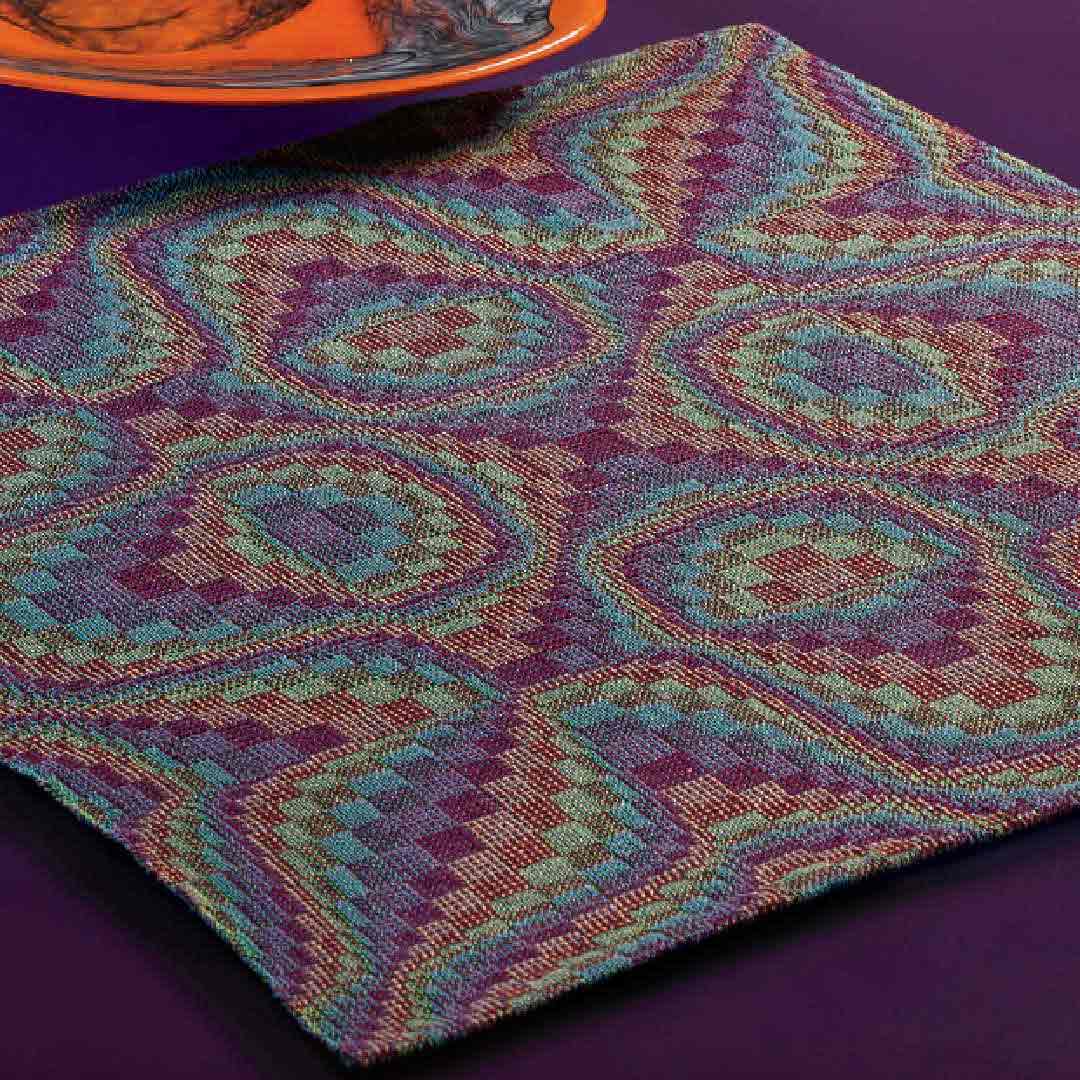 Here I present two table mats in two structures with four parallel lines in the threading. Both are woven on the same threading and tie-up. The warp is long enough to weave two table squares.

You can thread one warp and weave both structures, or weave two of the same structure. And if you are interested in learning to design echo weave patterns, the resources at right can start you on your own experiments.