How Do You Know Unless You Try?

John Mullarkey has a curiosity about weaving that makes him a great teacher and designer. He is always ready to see what will happen if he tries something new.

John Mullarkey is a master of "what if," that ceaseless curiousity that makes for a lifetime of happy weaving adventures. The same curiousity makes him an outstanding teacher because he has a deep understanding of his chosen weave structures and encourages students to experiment and see what they can achieve. I recently had the pleasure of working with him on his new tablet-weaving videos,Tablet Weaving Made Easy and Double-Faced Tablet Weaving, and I came to appreciate John's creativity even more. Here he is to tell you about some of his recent weaving experiments. ––Anita 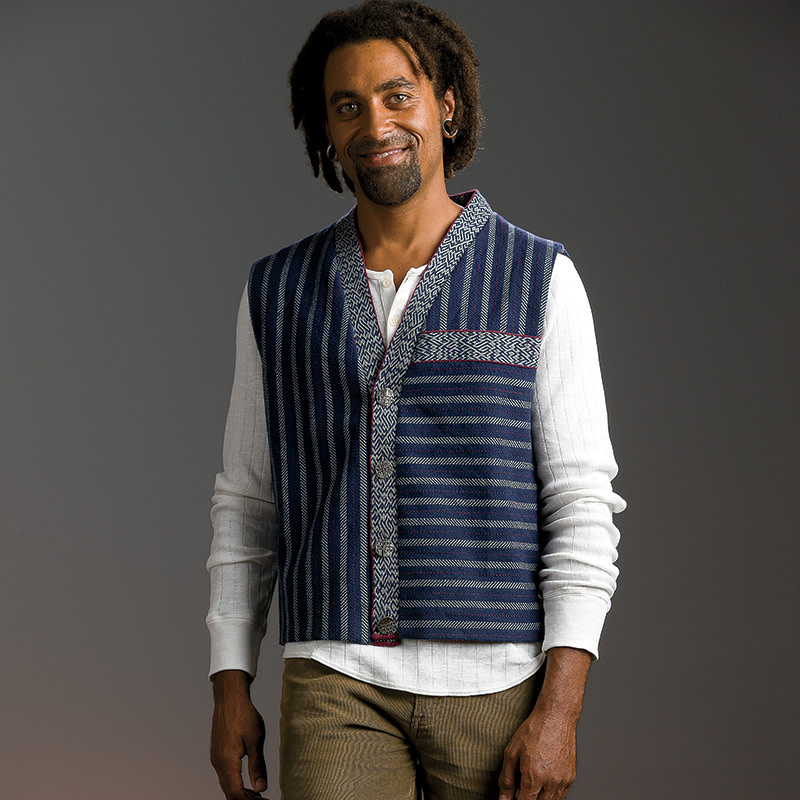 I not only enjoy teaching workshops, I really enjoy attending them. I don’t get as much time to attend them as I used to because when teaching at a conference I don’t have time to also sign up for seminars and workshops. I miss that. Thankfully there are other opportunities for learning that weren’t always available: DVDs, the internet, etc.

Even though I am primarily a band weaver, exploring different weave structures and techniques inspires me to try those things in my card weaving. A recent example was woven shibori. My best fiber friend, Amy, said “You should try this. We’re all getting together for a dye day, and you should put something in the pot.” I said: “It won’t work with card weaving.” She: “How do you know unless you try?” Me: “Because the structure of tablet weaving isn’t conducive to weaving in ties.” And back and forth we went.

We’ve had this argument before. Previously it was with iridescence. She won that argument. You can create iridescence with card weaving if you open up the weave to allow for the weft to show. I won the argument this time. The weave is just too dense to allow for ties woven into the band. Because she had pushed me, I learned that you can get some very interesting dye effects from simply tie dying the entire band. It is faster than weaving the ties in and much more effective in the long run. Adding tied resists to a finished band adds a really interesting element to a black and white band.

The iridescence experiment was also very instructional. As I suspected, you can’t really get iridescence from a traditional card-woven band, but you can get iridescence if you use a reed to expose the weft between the card-threaded warp. The fabric is very different but still very fun and interesting.

My point is that exploring things that don't immediately look interesting or related to your own weaving is still really beneficial to creativity. There is almost always some element of the new technique which you can apply to what you like doing most; one more example.

I read an article about the Theo Moormon technique. This is a quick tapestry technique that uses a floor loom to create the base cloth with some shafts threaded with a fine tie-down thread that holds an inlaid pattern. Now how can this be applied to card weaving? Well, what if you used bands for the inlay? This is something I really want to try that I haven’t yet had time to explore. Create a series of bands that might tell a story, and then bind them all together on a piece of cloth using the Theo-Moormon technique!