Our next issue of Handwoven, the January/February 2021, features two projects woven with hemp. Read how hemp has fallen in and out of favor over the ages.

Hemp is a bast fiber, similar to linen. It’s often confused for marijuana, and while the two are the same species of plant (Cannabis sativa) hemp contains little to no tetrahydrocannabinol (better known as THC), the psychotropic compound marijuana is known for. PHOTO BY RICK PROCTOR ON UNSPLASH

In the past few years, hemp has had quite the revival, from anything and everything enhanced by cannabidiol (CBD) oil, to the 2018 Farm Bill making it legal to once again grow hemp in the United States. Hemp and its by-products have taken the United States by storm. While hemp might seem like a new phenomenon, there was a time when hemp was far from illegal. During the Colonial period, hemp was one of the most important crops in America.

Though hemp was a vital part of the economy of the original 13 colonies, hemp is indigenous to Asia. The earliest known surviving example of hemp fabric comes from the Mesopotamia region of Iraq/Iran and dates to 8000 BCE, while 10,000-year-old pottery shards found in Taiwan bear the impression of hemp fiber. Hemp is a bast fiber and makes a strong, durable cloth that stands up to hard use—an important trait in the ancient world. 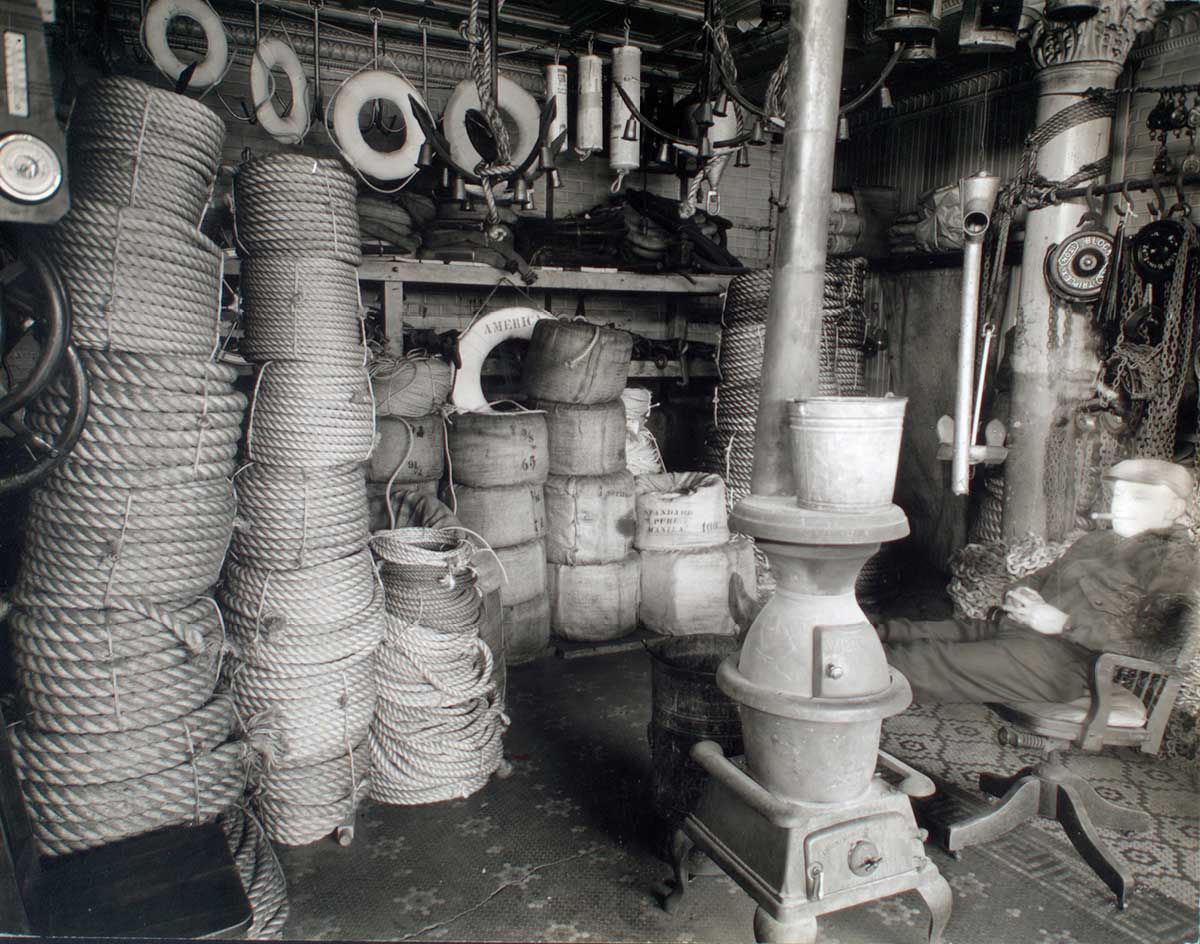 A rope store in Manhattan featuring coils of rope most likely made of hemp. PHOTO COURTESY OF THE NEW YORK PUBLIC LIBRARY

From Asia, the plant traveled trade routes and was cultivated all over Asia, Africa, and Europe, where it was used for textiles, paper, medicine, canvas, and rope. When European settlers moved to the Americas, they brought hemp along with them in the sails and rigging of their ships as well as in the form of seeds that would later be planted. Once the first hemp crops took off and proved their usefulness in the English colony of Jamestown, King James I made it law in 1619 that every property owner had to grow at least one hundred plants of hemp for export. Later, similar laws were passed in other colonies to provide the British with much-needed hemp goods. 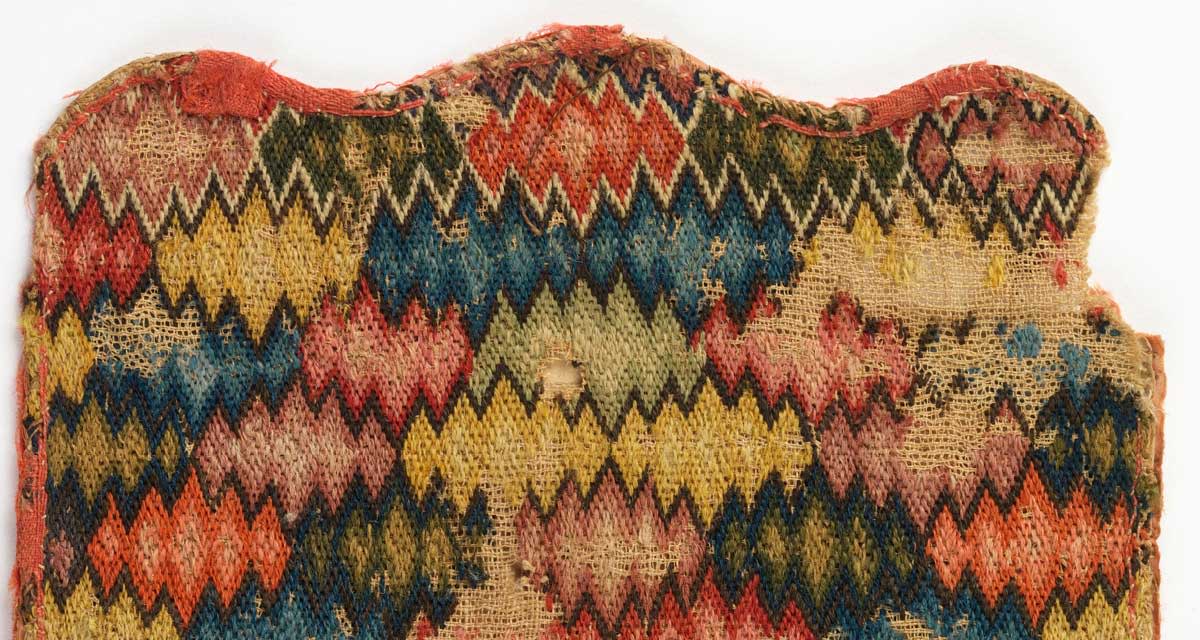 An eighteenth-century “envelope” style bag. The bag is made from woven hemp as a base for the brightly colored wool embroidery. PHOTO COURTESY OF COOPER HEWITT, SMITHSONIAN DESIGN MUSEUM

The hemp that stayed in the Americas played an important role in the day-to-day life of colonists and was seen as an easy-to-grow, durable, utilitarian fiber. Several of the Founding Fathers grew hemp on their farms and plantations. George Washington, Thomas Jefferson, and John Adams were all proponents of hemp. In fact, Thomas Jefferson was such a proponent of hemp he not only invented a more efficient hemp brake (a tool used to separate the fibers from the stalk) and refused to patent it, he also used hemp paper for his draft of the Declaration of Independence. Hemp played another important role in U.S. history: it was probably used for the first American flags because it was the only fiber at the time durable enough for such a job.

Eventually cotton became the preferred plant fiber in the Americas, and after more than a few smear campaigns, hemp production was banned in 1937. It’s only in the last few years that legally grown American hemp has found its way into our stores and, for many of us, into our yarn stashes as well.