There are a lot of “ifs” in weaving, but in this issue we looked at “what ifs” and “as ifs.”

To design his Hybrid Table Runner, John Wendel posed the question “what if I combined elements of doubleweave and deflected doubleweave in one draft?” Photo by Matt Graves

As I gathered together a mess of loose heddles in my loom bench last weekend, I was reminded of Tom Knisely’s “Notes From the Fell” in Handwoven November/December 2022. The title was “Heddle Management,” and as much as I would have liked to think I knew all there was to know about heddles, I was wrong. 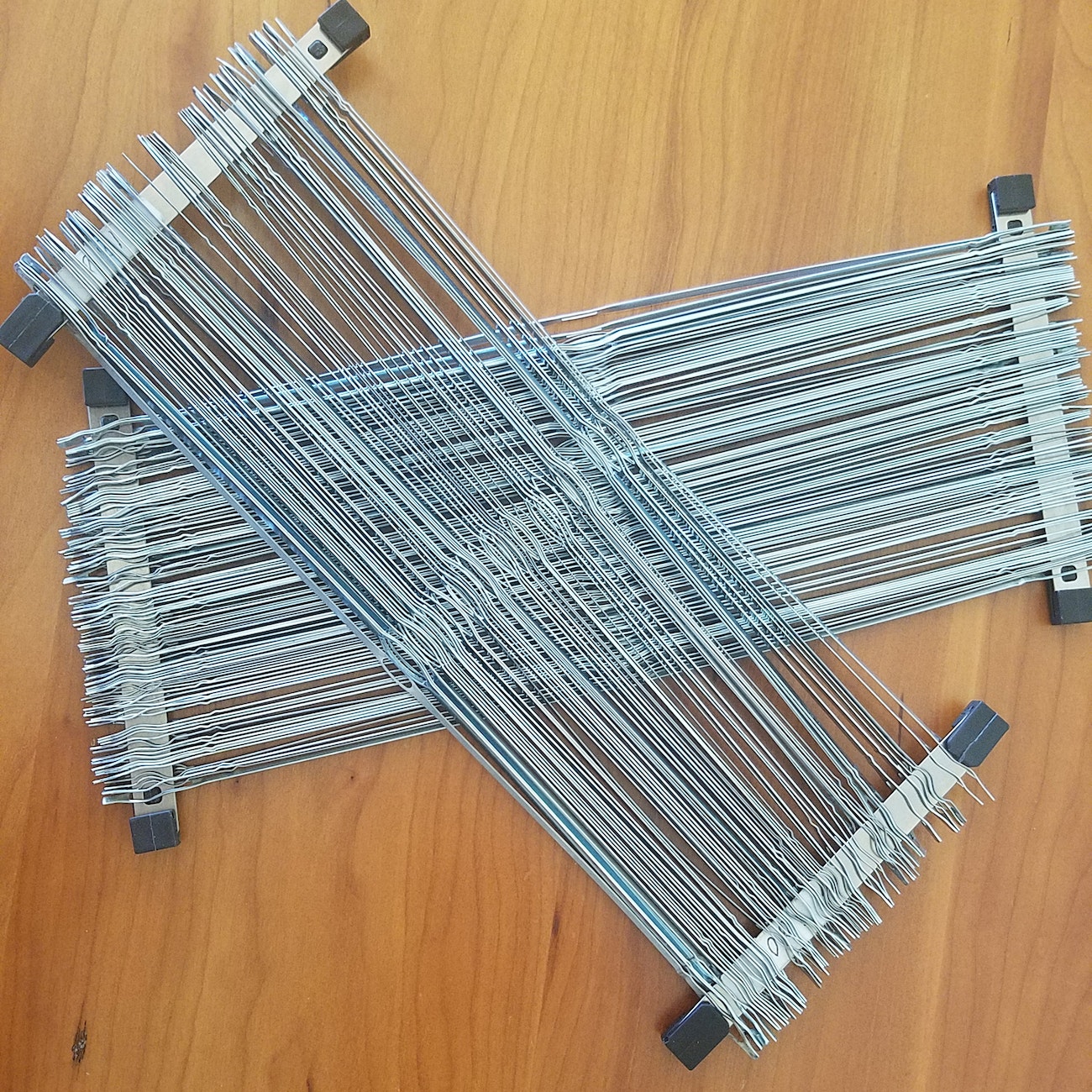 I oriented the heddles in the same way before threading them on the heddle holders they came on. Photo by Susan E. Horton

I can’t remember what caused me to abruptly remove heddles from one or more of my shafts, but I certainly didn’t do it correctly and ended up with a disorganized pile. If I had used Tom’s method of distributing heddles on my loom’s shafts, or if I had tried his more adult-like way of taking heddles off so that they stayed in order, I wouldn’t have spent an hour or so putting 150-ish heddles back onto the holders they came on. I’m telling you this just to demonstrate that even Tom’s article fit the theme of the November/December issue, one I have been calling “The Ifs Issue” for more than a year now. 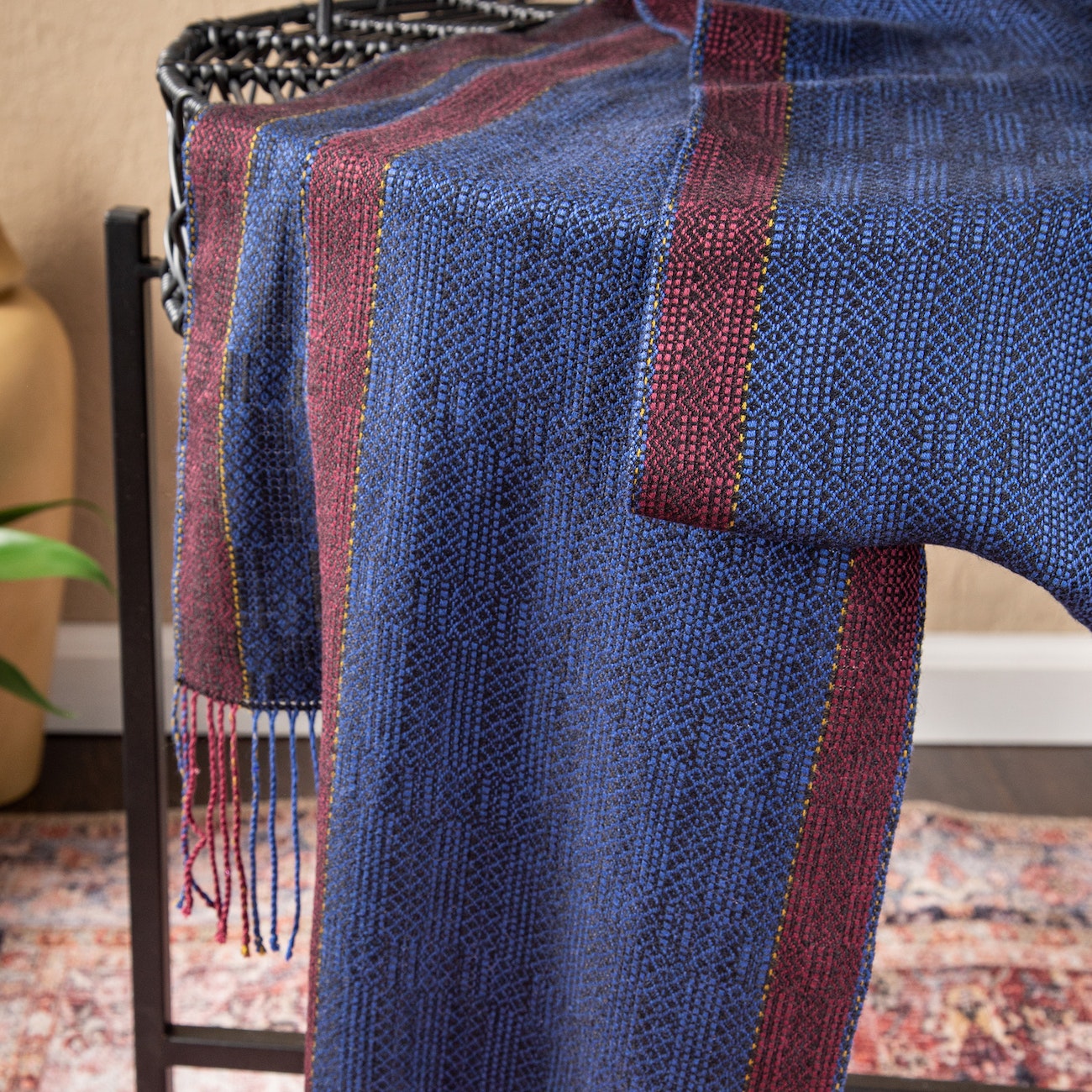 Kate Lange McKibben threaded three types of twill and treadled with another for her Treadling Twist Twills scarf. Photo by Matt Graves

There are many ifs in weaving, including “If I cut this misconceived project off my loom now will I regret it later?”, but we focused on two that are (perhaps) more weaverly in nature: “What ifs?” and “As ifs.” Several of the designers used “what if” as a springboard for their designs. For instance, Rebecca Morris based her cowl on weather maps and Jennifer Sargent pushed herself to try an asymmetrical arrangement of stripes in her scarf rather than a more conservative design. Kate Lange McKibben threaded three types of twills and then wove using another twill treadling to see how the combinations looked in her Treadling Twist Twills scarf. 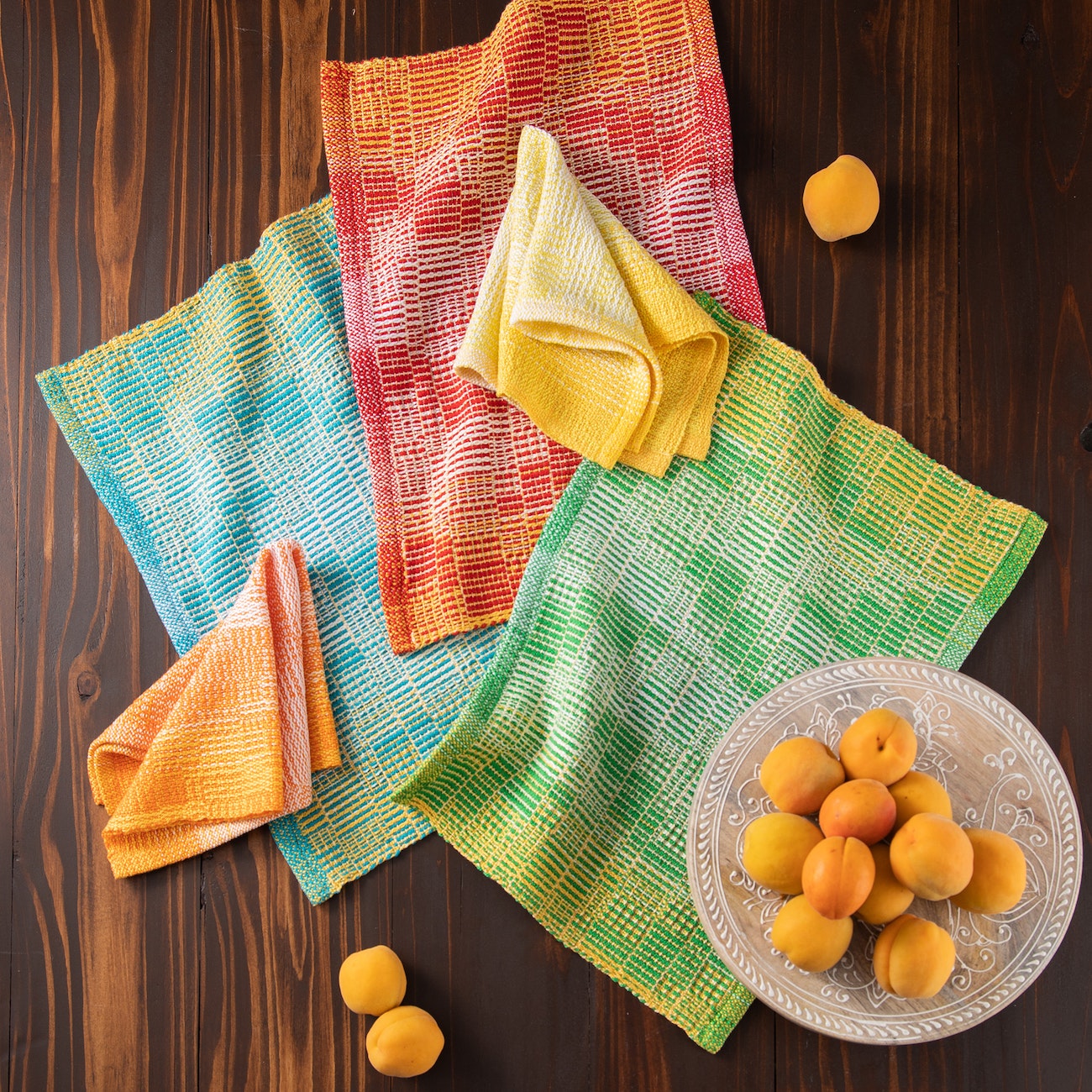 In case you need a refresher, “as if” in weaving isn’t just the sarcastic retort of the 1990s popularized by the movie Clueless, but rather refers to times when a weaver threads for one type of weave structure but treadles for another. A great example from the issue is Robin Monogue’s Crackle Table Linens. She threaded for crackle and wove crackle placemats before resleying her warp for napkins that she treadled as twill with a single weft thereby creating a perfectly coordinated set. A brain-twisty draft for the Hybrid Table Runner by John Wendel (see photo at top) combines doubleweave and deflected doubleweave in an interesting fabric that retains some of both structures’ key features.

It’s kind of crazy to to think I’ve been weaving for more than 25 years and still feel like I haven’t scratched the surface of what I should know, as evidenced by what I learned from Tom’s article. It’s as if the weaving world is expanding faster than the universe. Hmmmm, what if?

Check out this latest issue of Handwoven, November/December 2022. Go ahead, call it “The Ifs Issue.”