Weaver’s choice refers to the times a weaver gets to choose between or among options as they work on a project.

Deb Essen’s Surprise! Shadow Weave Towels are equally pretty on both sides. It would be worth it to weave 4 just to get all of the different looks. All photos by Matt Graves.

Last night when I couldn’t sleep and was mulling over the past few months, I realized sadly that we had missed the opportunity to use the term “weaver’s choice” on the cover of Handwoven. Our November/December 2020 issue was all about two-sided weaving, and none of the projects had a bad side, so it was weaver’s choice as to which one was really the front. For most of the projects, you didn’t even have to choose; you could use either side throughout the lifespan of the project.

If you are unfamiliar with the term, weaver’s choice refers to those times when a weaver can choose between or among options. Most often I hear it used when someone has a piece off the loom and is deciding which is the front or back for hemming. Many weavers seem to feel they are obligated to hem so that the side facing up on the loom is the front, but I’m fairly certain that isn’t a rule. In my best practices book, you can pick the side you like most. In fact, if you are hemming something such as towels or napkins that are essentially all the same, I encourage you to hem them both ways so that they look good together but aren’t identical. Weaver’s choice: hem them all the same or switch it up.

We usually try to show the front of projects in the photos, but for November/December 2020, they were hard to keep track of. I pinned the fronts based on the articles and drafts before sending the projects to Fort Collins for photography, but during the photo shoot when pieces were getting steamed and prepped, some of those pins got lost. I’ll apologize now for any mistakes we made because I know it can be confusing for a beginning weaver when the fabric on their loom doesn’t look like the photos. Many of us learned that the hard way, the first time we used a draft from A Handweaver’s Pattern Book by Marguerite Porter Davison. It’s a great book, but all the drafts were written for looms with sinking sheds. If you weave on a jack loom with rising sheds, your fabric will weave upside down. Weaver’s choice: live with it or switch the tie-up around. 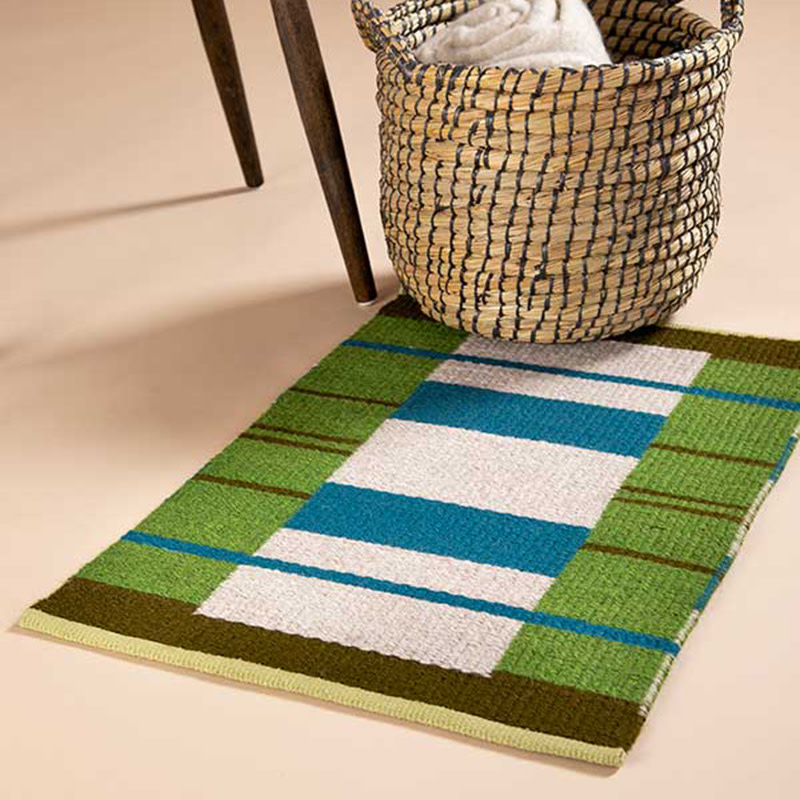 Patricia Crane’s Two-for-One Taqueté Rug has an interesting design on both sides. By hemming it carefully, she was able to make it reversible.

Check out this latest issue of Handwoven. There are 10 projects, but with the duality, it feels like more. I’ll leave it to you to decide which is the front of Patricia Crane’s Two-for-One Taqueté Rug, Marlene Lloyd’s Glowing Embers Scarf, and Annette Norviel’s Doublecheck Scarf. All of them are equally beautiful on both sides. 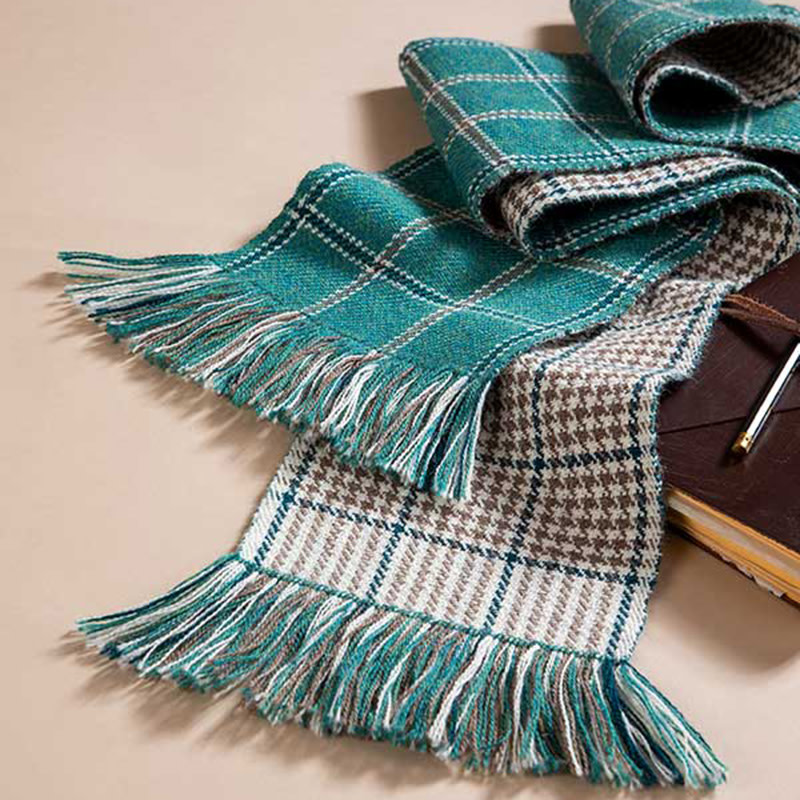 And, although we missed the chance to use “weaver’s choice” on the cover, we did manage to use “Both Sides Now,” which made me happy. (You can thank me later for that earworm.)