Why publish two projects based on the same tree? While both designers cite the birch tree as their inspiration, the different ways they each interpreted bark as cloth is absolutely fascinating.

A Tale of Two Trees

For our March/April 2020 Flora and Fauna issue, we received many amazing submissions from weavers inspired by all manner of animals and plants. We have a quail-call scarf and pillows inspired by the 2019 California superbloom, and yet, somehow, we ended up with one overlap in the issue: two projects inspired by the bark of the birch tree. Given the breadth of the topic and the incredible range of proposals we received, why would we publish two projects based on the same tree? While both designers cite the birch tree as their inspiration, the different ways they each interpreted bark as cloth is absolutely fascinating. 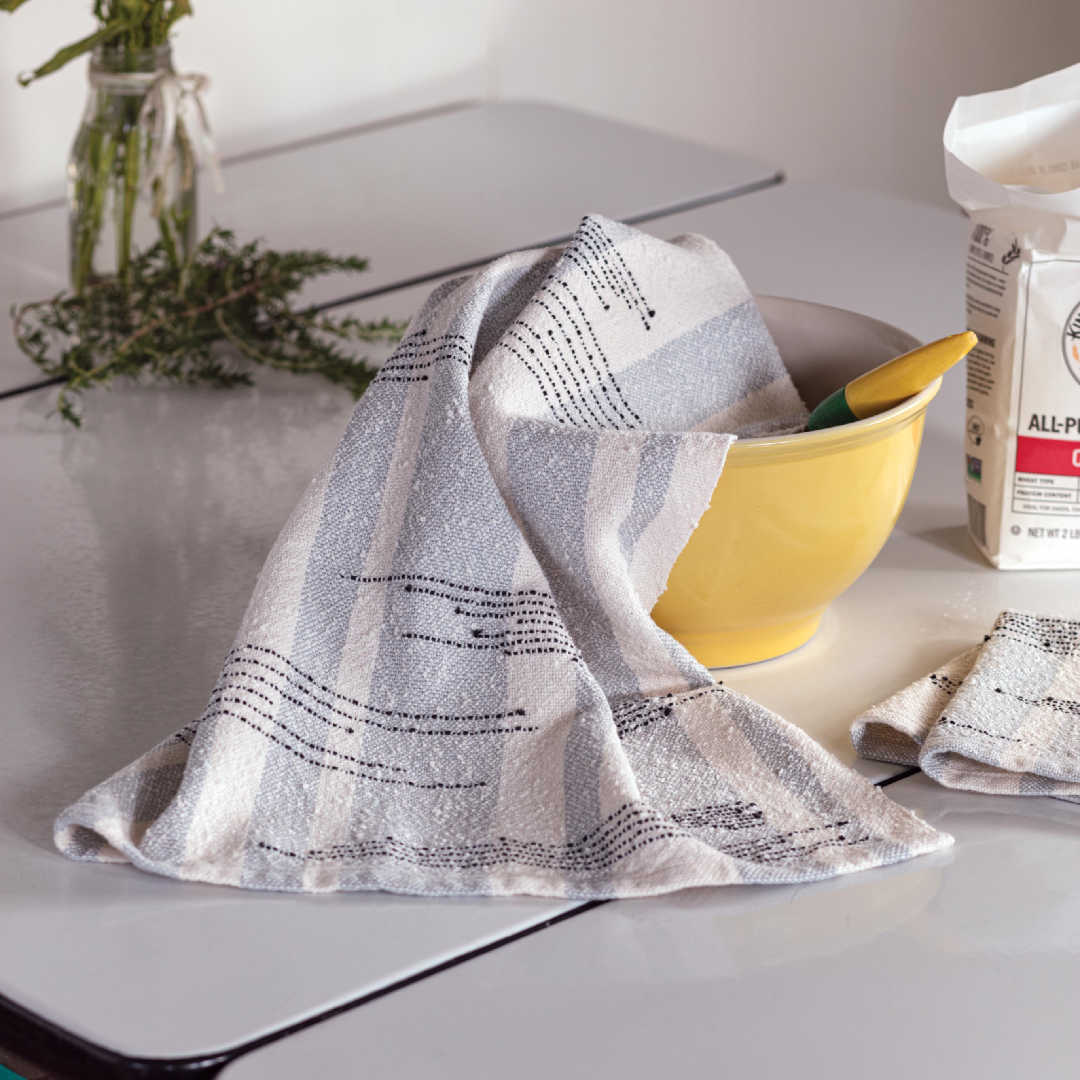 First you have Nicolle McKenna’s 2-shaft Birch Bark Tea Towels and Dishcloths. For her design, Nicolle chose to weave a design inspired by the elegant simplicity of the birch tree. Delicate blue and white stripes in the warp create the illusion of shadows while white bouclé and random bits of black inlay in the weft give the piece a hint of birch-like texture. Looking at these towels, you can’t possibly see anything but birch bark. They’re so beautiful and yet so simple to weave. 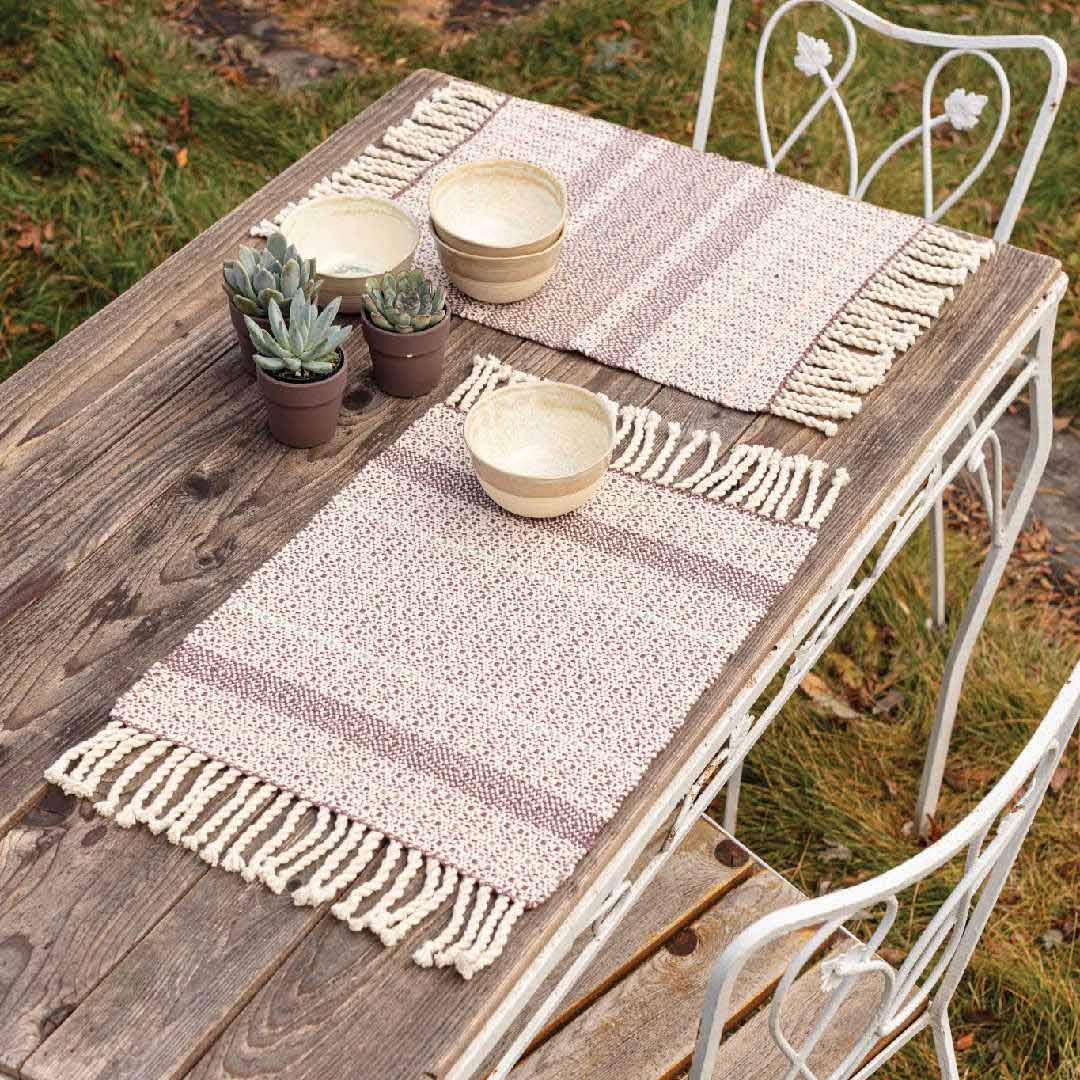 The second project is Brittany Wells’s 4-shaft Birches of North Sasketchewan Placemats. Unlike Nicolle, who went for a literal interpretation of birch in her cloth, Brittany chose to focus on the irregularity of the birch. She wanted to create cloth that gave the impression of the random knots and bits of lichen you see on birch trees. The result is a set of beautifully textured placemats that just call out to be touched. It might not look precisely like birch bark, but looking at it evokes the same feelings as looking at actual birch bark.

What I love most about these two projects is how they really showcase how two weavers can look at the same tree and find two very different ways to bring it to life on the loom. Both projects are wonderfully birch-like, but there’s no way you could ever mistake one for the other. They’re also a prime example of why I love weaving: It’s been around practically forever but as long as weavers approach old topics in new and different ways, it will always be inspiring and exciting.