Challenge Yourself with the “Draft” Issue of Handwoven.

Most weavers enjoy a good challenge, and the May/June 2020 issue of Handwoven is chock full of projects resulting from weaving challenges.

Kay’s Manifold Towels by Deanna Deeds. For these towels, Deanna took an overshot draft and converted it into a fabulous manifold twill. Photos: Matt Graves

I’m sure I’m not alone in loving a good weaving challenge—I rarely weave anything as written and enjoy playing games of “what if.” If you’re like me, I think you’ll love the May/June 2020 issue of Handwoven because it is all about playing with drafts. There are projects in which weavers challenged themselves to take a draft from a project they loved and turn it into something new and projects in which weavers followed a path of “what if” just to see what would happen.

My favorite story of how a particular project in the issue developed is the cover project by Tom Knisely. Of all places, his inspiration came from plain white plates—square plates to be precise. When his wife decided to replace their old dishes with the new, more modern-looking plain ones, Tom decided to weave a fun set of napkins to go with them. I think you’ll agree that the result is simply fabulous—he combined huck lace and color-and-weave to create a design that’s equally beautiful on either side of the cloth. Every time I look at them, I see something new: flowers, stars, etc., and all on just 4 shafts! 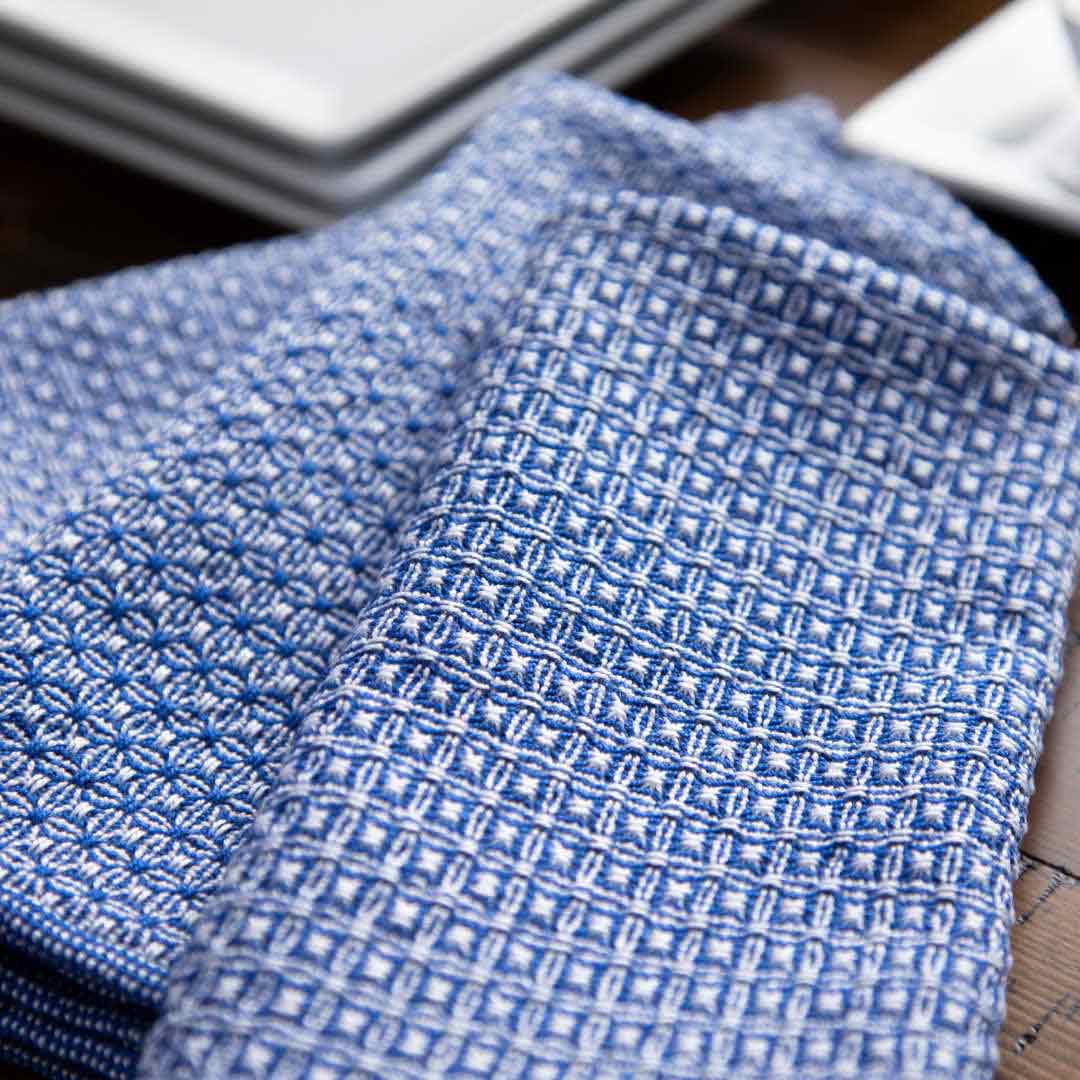 These napkins were the result of Tom being challenged to design and weave a set of napkins to match his new square, white plates.

Now of course, there’s Deanna Deeds and her Kay’s Manifold Towels, shown at top. After reading an article about turning an overshot pattern into twill, Deanna had to give it a try. Using Kay’s Design from Davison, she created a fabulous manifold twill pattern in her bright and cheery towels. The pattern looks precisely like overshot and twill got married and had a beautiful baby draft in all the best ways possible. 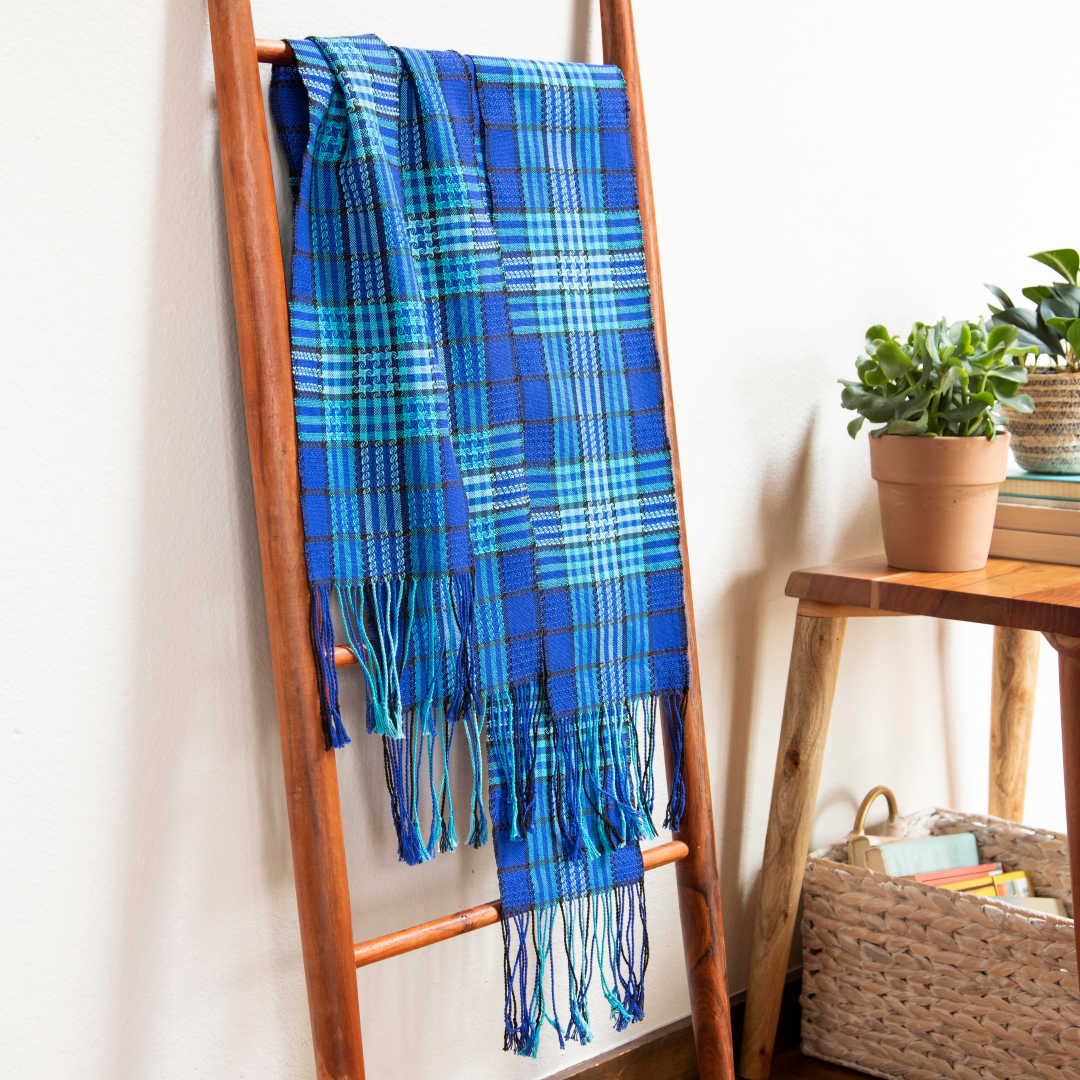 Sheila O’Hara’s Playful Pinwheel scarves. The one on the left was woven 14 shafts, and the one on the right used just 8.

The challenge for Sheila O’Hara’s Playful Pinwheel Plaid Scarves came after Susan wondered whether she could take a 14-shaft draft and reduce it to 8 shafts. Both scarves are equally beautiful, and it honestly took me a minute to realize the difference between the two. They’re a great example of how fewer shafts doesn’t mean you have to compromise on beauty. Similarly, Sally Gelbaugh took the 8-shaft draft for Anu Bhatia’s Salt-n-Pepper scarf and found a way to weave a set of similar scarves using just 4 shafts in her Salt-n-Pepper, Coarse Grind project. 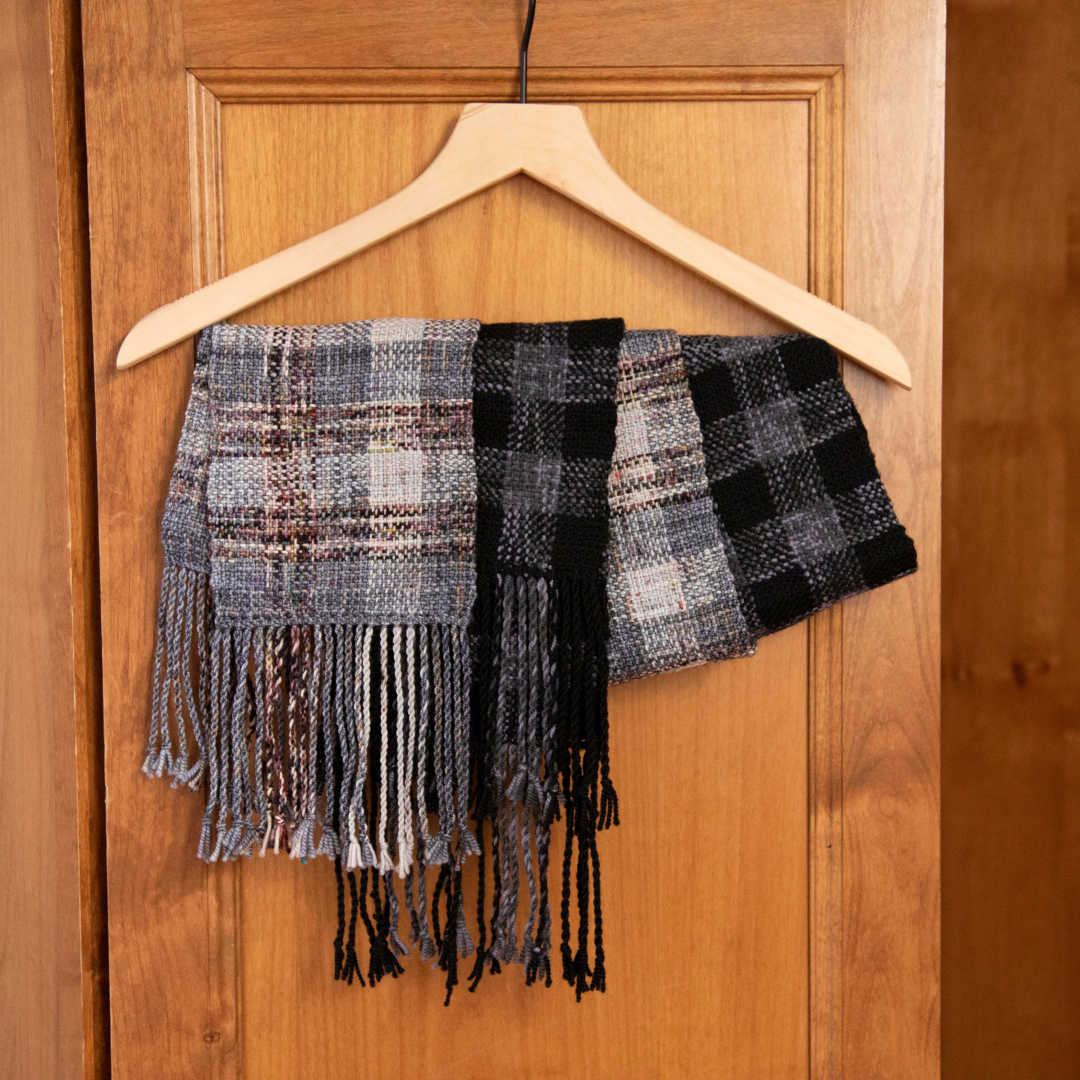 I could go on and on—there are blended drafts, experiments in twill, and so much more! When I look at the projects in the May/June Handwoven, I want to challenge myself the way the designers in the issue did. Take a draft and play with it until it’s something new. Find a 16-shaft draft I love and see if I can make something similar on 8. I hope you enjoy this new issue and feel similarly inspired.