BeWeave It: A Brief History of Harvesting Spider Silk

If you've ever looked at a spider's web and wondered what it would be like to weave with that beautiful, fine thread, you're not alone!

For thousands of years humans have associated spiders with spinning and weaving—just look at the Diné stories of Spider Woman or the ancient Greek myth of Arachne. Personally, I love spiders and any time I can stop to watch a spider build their web I am delighted. I’d like to think it’s because I feel an affinity with the spider—we’re both weavers, after all, and I do so appreciate handspun fibers and good craftsmanship. I also can’t help but wonder what it would be like to weave with delicate, ethereal spider silk.

I’ve of course read the articles and heard all the stories about how spider silk is one of the strongest materials on the planet. I once saw a giant carpenter bee fight to get out of a black widow’s web and witnessed firsthand how durable those tiny threads are. As it turns out, I’m hardly the first person to wonder about weaving with spider silk.

The first large-scale weaving with spider silk that I could find was done in the late 1800s and was the brainchild of a French Jesuit priest named Jacob Paul Camboué. Camboué was sent to Madagascar, home of the golden orb spider, as part of his work as a missionary. He was also an entomologist and became fascinated with the idea of harvesting spider silk, perhaps to compete with the Chinese silk industry. Camboué along with a colleague, M. Nogue, designed and built a device that could extract the silk from 25 spiders at once without harming them. They collected the silk and had it woven into a set of bedhangings that were then displayed at the Exposition Universells in Paris in 1900. The fabric was an absolute sensation, but spider silk was deemed too labor intensive and the original pieces have since been lost to time. (While I couldn’t find an image of the spider silk extractor in the public domain, you can see an image of it here.) 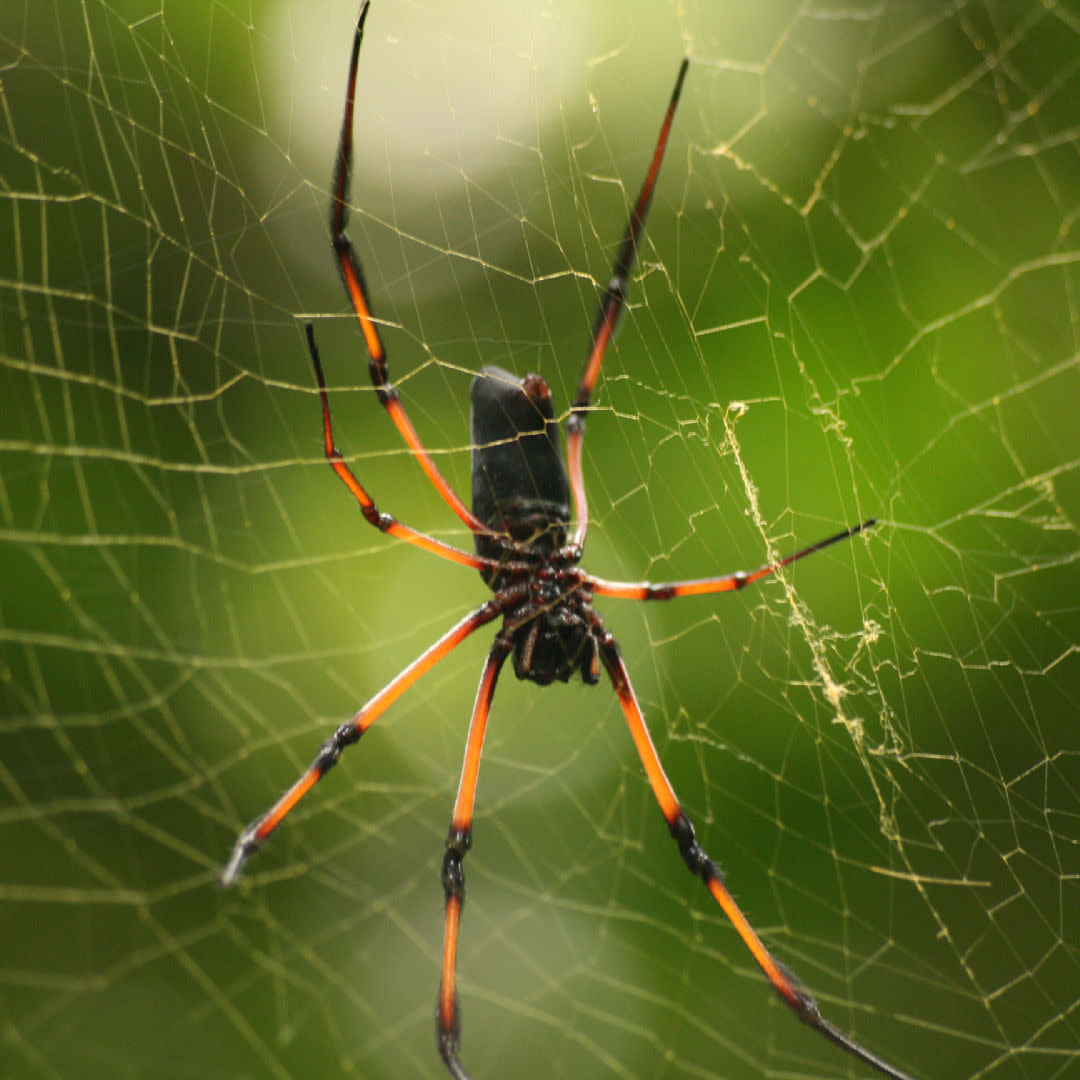 Another photo of a golden orb spider. In this one you can see the naturally gold color of the spider silk.

Over a century later Simon Peers and Nicholas Godley learned about Camboué and his project and decided to try their hands at creating spider-silk fabric. Over a period of five years, the two Madagascar residents got together a team of 80 locals to collect and harvest spider silk from over a million golden orb spiders to spin into a usable yarn. The yarn was then woven into a beautiful fabric that was finished in 2008. It’s a lovely golden yellow and unimaginably fine—while the piece measures 11’ x 4’, it weighs only 2.6 pounds. The fabric travelled to museums around the world but, if like me you missed out, here's a video about the creation of the cloth.