Red lanterns put up for good luck during a Chinese New Year celebration. Photo by Arisa Chattasa on Unsplash.

It's almost the new year—the Chinese New Year, that is. Friday, January 24 is The Chinese New Year’s Eve, which makes today the first day of the Year of the Rat. If you're lucky enough to go to a celebration, you'll probably notice a lot of red: red lanterns, red outfits, and maybe even children being given red envelopes. This is because red is considered good luck in China, and what better way to start the year off than decked out in the luckiest of lucky colors?

One of the stories attributed to red’s status as the go-to color for good luck features a particularly nasty creature called Nian, which also happens to be the Chinese word for “year.” According to some versions of the tale, Nian lived in the sea; in other versions, it lived in the mountains. But in all of them, Nian was a terrible beast that would come out on the first day of the Chinese New Year to feast on livestock, crops, and children. Also, Nian was terrible to look at and is described in some stories as looking like a lion with a flat face, large teeth, and the body of a dog. 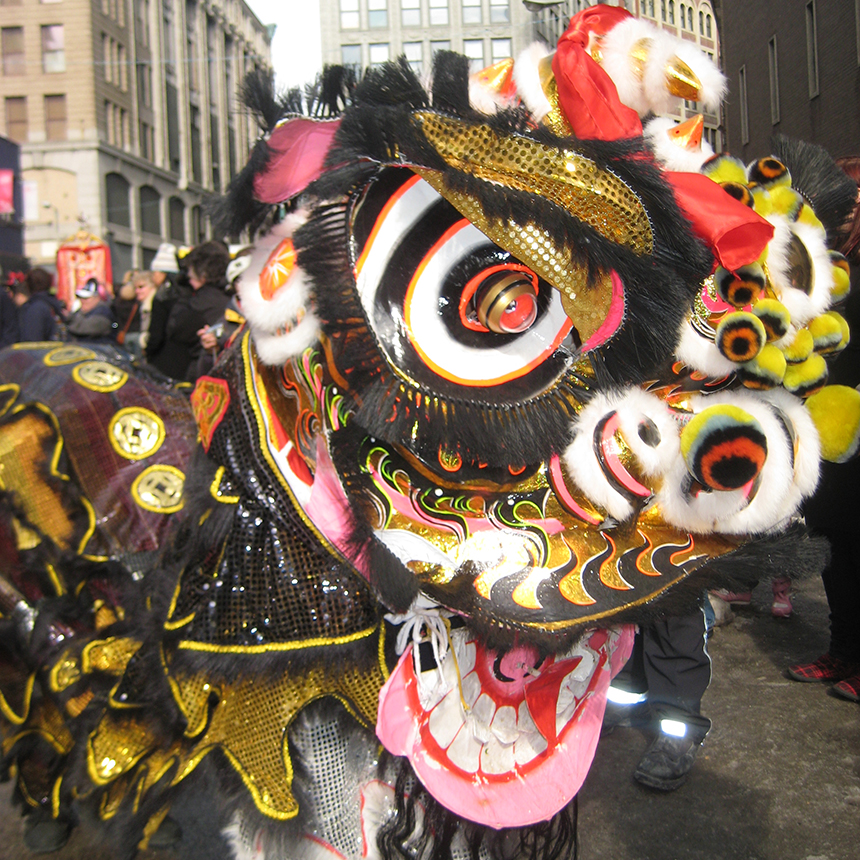 According to some people, the legend of Nian is the original inspiration for the traditional lion dance. Photo by John Stephen Dwyer

The story is a good one, but it should be taken with a grain of salt. The earliest written accounts of Nian are from the twentieth century, so most folks are not certain whether this is an ancient tale of the oral tradition or a modern tale masquerading as something much older. It’s still a lot of fun.

Another important note regarding red and the Chinese New Year has to do with the Chinese zodiac, which assigns one of 12 animals to each year based on a regular cycle. This “Year of the Rat” will be followed by the “Year of the Ox,” and so on. Your birth year’s animal is your symbol or benming nian.

You might think that it would be good luck whenever your benming nian pops up again, but the opposite is true. So, this year, if you were born in the Year of the Rat, it’s expected that you’ll have a very unlucky year—unless, that is, you wear red. Your apparel can be full-on red outfits or red accessories such as a bracelet or scarf. In fact, red underwear is considered a very hot gift during the weeks leading up to the Chinese New Year.

So, there you have it, a brief primer on red and the Chinese New Year, and as good a reason as any to pick up that gorgeous skein of red silk that you saw the other day.