Ask Madelyn: Which Direction Do I Thread?

How do you read a threading draft? Does it matter whether you’re warping front-to-back or back-to-front? Madelyn has the answers.

I am weaving the Bauhaus Weaver Hand Towels from the March/April 2021 issue, pages 50–52. Using the Warp Color Order in Figure 1, page 52, I wound and beamed the warp (planning to warp from back to front). I read the Warp Color Order from right to left, but if I read the Draft in Figure 2 from right to left, I think I’ll be threading it backwards. How do I get the towels as shown? 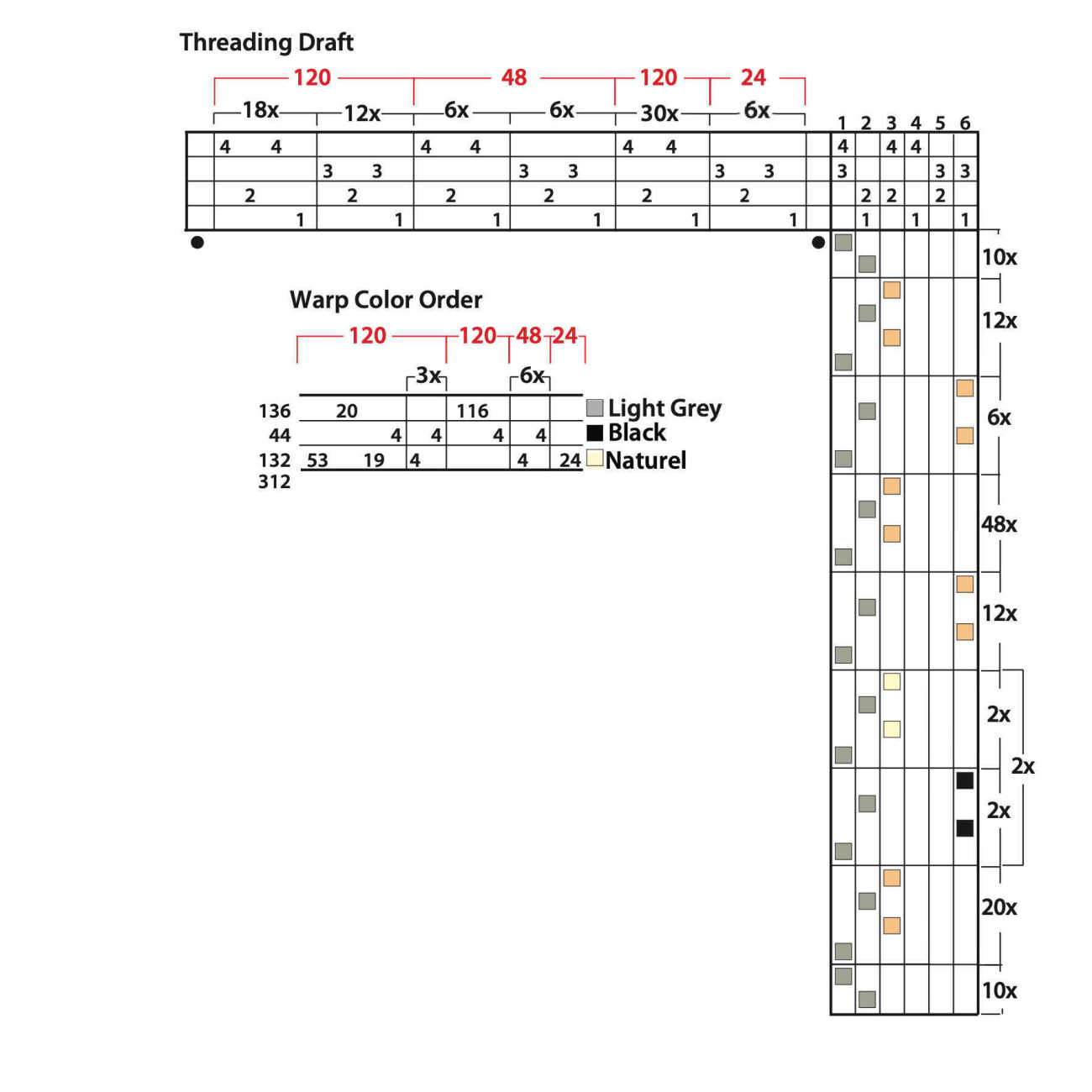 Many warp color orders and threading drafts are symmetrical, in which case, they can both be read in either direction. If you examine the photograph of the towels on page 50 (and above), however, you can see that neither the color order nor the threading draft is symmetrical. This means that both of them need to be followed from the same direction. 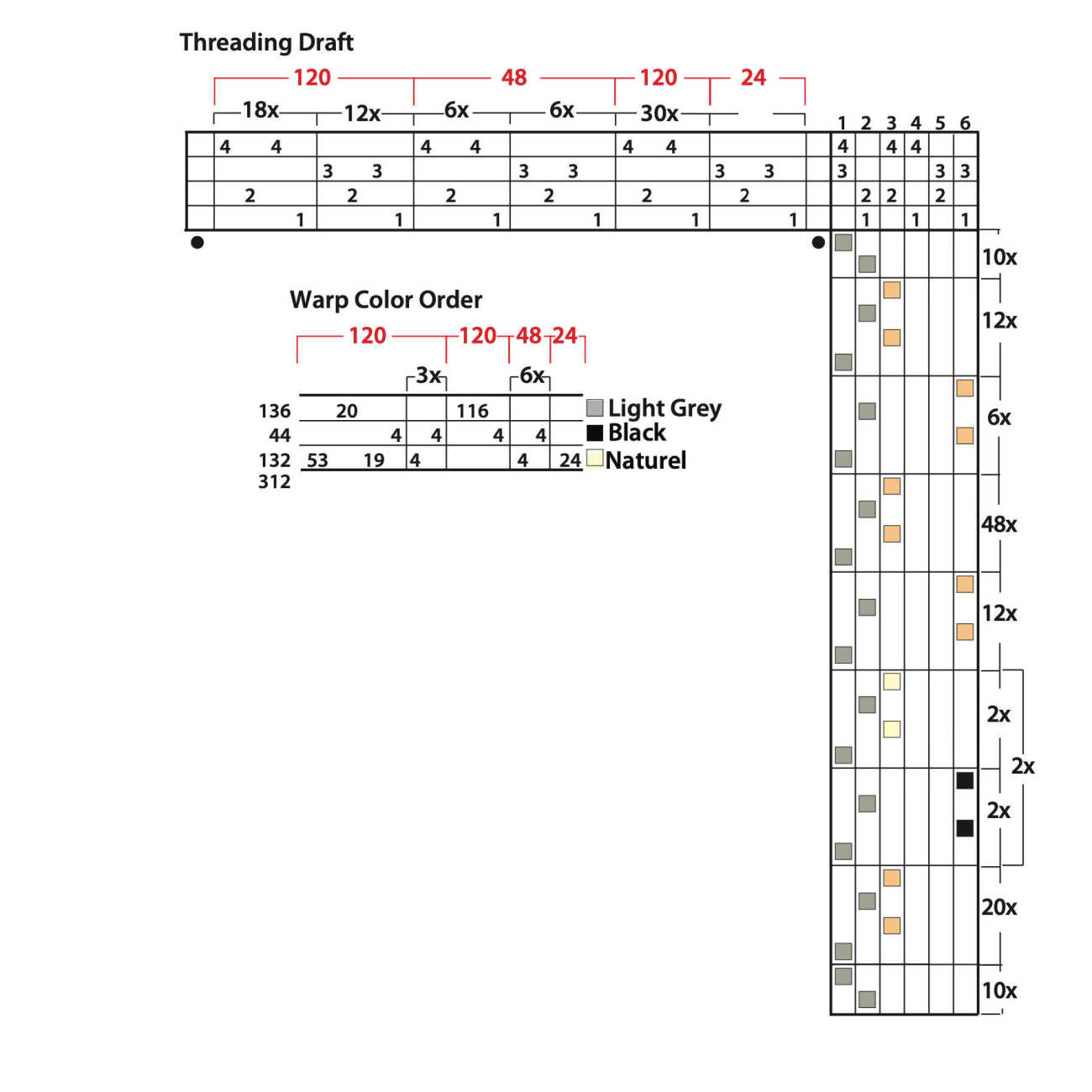 It actually doesn’t matter which direction you beam and thread the warp ends, but they do have to be both beamed and threaded from the same direction. If you are sitting at the loom ready to thread and you see the 24 Naturel ends on the right, start threading from right to left, 1-3-2-3 6x. For these towels, the threading draft and the color orders shift at different but carefully planned places—the towels would probably not be as effective if you threaded in the opposite direction from the warp color order.

This issue can be a big problem for front-to-back warpers. When you are sitting at the back of the loom, if you read the threading draft from right to left and thread in that direction, you will be starting from what is actually the left side of the loom. It is always important to determine the connection between the color order and the threading draft and make sure that they are both beamed and threaded in the same direction, even if both go from left to right instead of right to left. I’ve marked the threading and color orders in the Bauhaus towels to show how you can recognize the connections between the blocks in the threading and the color order.