Ask Madelyn: When Do You Need a Floating Selvedge?

When is it okay to forgo a floating selvedge? Madelyn has the answers!

I have been weaving only a couple of years, but I have never seen this technique before, and I would like to do this more often. My question is this: When can, or should, this be used, and are there any drawbacks?

Thanks for your help! 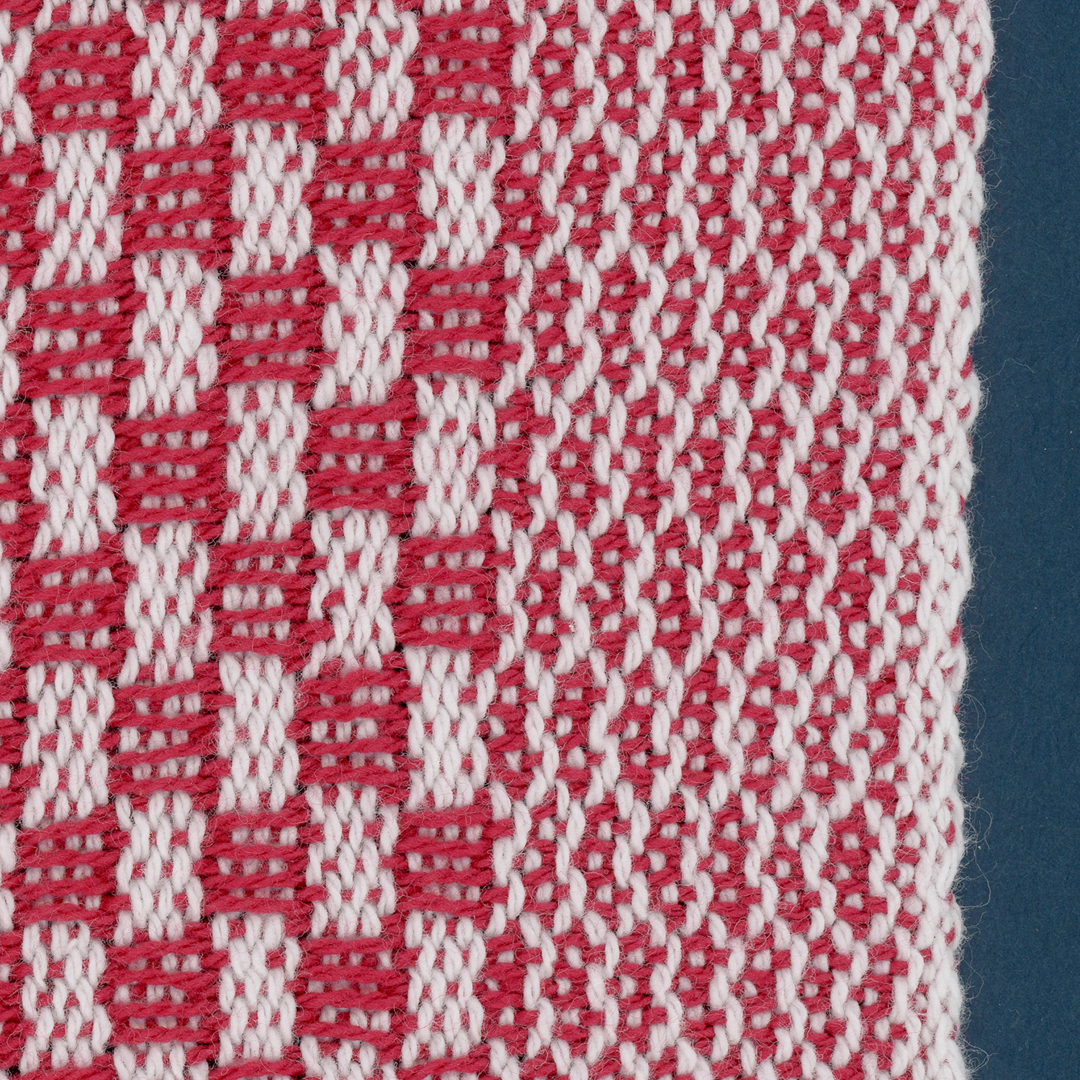 A close-up on the selvedges of the Keep it Simple Towels. Photo by Madelyn van der Hoogt

Floating selvedges are not required when the threads on the edges weave plain weave or when twill treadling orders can be derived so that the weft always passes under/over the last thread on each side. In the Keep It Simple towels, the weft does not always turn around the edge thread. The closer sleying draws the edge threads closer together, minimizing the effect of the warp floats. I think it works for this project (and creates a firm edge), but it probably wouldn’t work for twills or for supplementary pattern wefts. For those, floating selvedges are almost always recommended.

You can see how the warp threads are compressed in the selvedges of the Keep It Simple towels. The absence of red at the selvedges is evidence that the weft did not weave to the edge in every pick. (This towel is woven by Jane Patrick.)