Learn all about the mythical swan motif seen in textiles and art throughout India.

1. A stylized bird resting with its beak tucked into a wing. 2. Close-up motif of the border on a cotton saree from South India. 3. A pair of small antique brass lamps in the form of annapakshi. 4. The end or pallav portion of the saree where the border can be seen. The swan motif is Jacquard-woven at the end of the saree and throughout the entire border. PHOTOS BY CHITRA BALASUBRAMANIAM

Birds, animals, insects, and flowers all form part of the inspiration for textile motifs around the world, be it in embroidery, weaving, or other techniques. In India, the handloom, as we call multishaft looms, is used in large measure to weave sarees. A saree is a 6-yard unstitched fabric that is draped around the body and worn with a blouse. It is highly ornamented—it is not unusual for a saree to be covered in motifs on the body and around the border. Traditional Indian motifs are inspired by mythology, ancient literature, and folktales. One such motif is the annapakshi, a mythical swan.

The swan is a beautiful bird and has been depicted in countless fairy tales and drawings, not just in India but around the world. The annapakshi is not a swan in its truest sense. Its beak and contours are similar to those of a swan, but the wings have a more ethereal look, marking it as something more divine. It is the vehicle of the goddess of learning, Saraswati, who is often depicted as sitting atop a swan while playing a musical instrument. 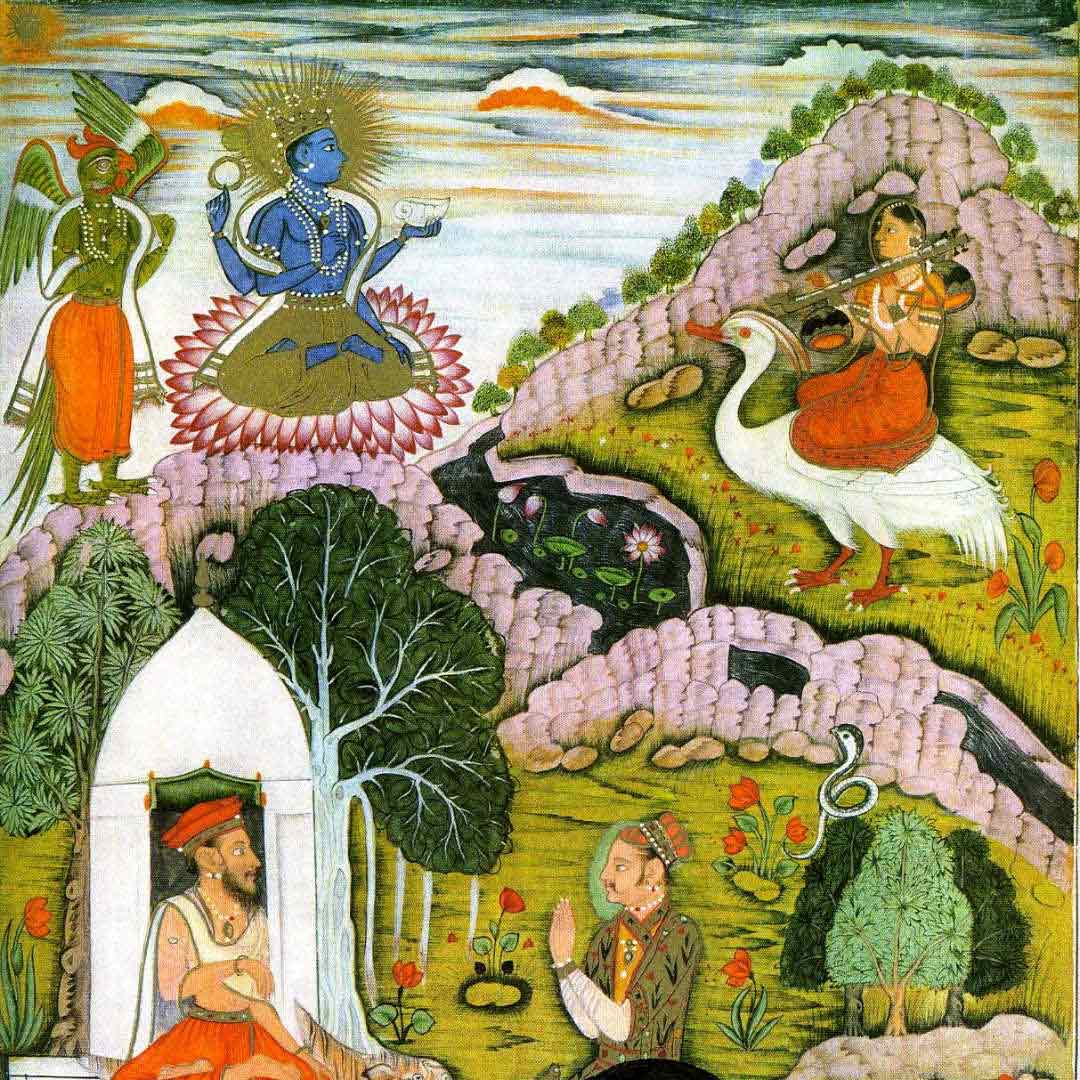 Sometimes referred to as hamsa, the annapakshi has countless tales spun about it. In the love story of Nala and Damayanti, the swan plays a pivotal role in getting the two main characters to fall in love.

Another story describes these birds enjoying the summers in the cool environs of Mansarovar deep in the Himalayas. Indian mythology says the swan is bestowed with magical qualities, including the ability to separate out and consume the milk from a mixture of milk and water. The swan has caught the imagination of painters and poets alike, and stylized versions of it can be seen as woven motifs, carved on wood, and cast in metal lamps.

The annapakshi when drawn to perfection has a beautiful beak, stately wings, and a regal posture. The bird can be seen in different forms: stylized with a crown and floral feathers holding a leaf, proudly sitting with glorious wings, or standing upright. It is rarely woven with its wings spread out or in flight; rather, it is always sitting or swimming in an upright posture.

This same pose is seen in the tradition of kalamkari (handpainted or block-printed textiles) and woven on the borders of silk sarees. Sarees with annapakshi borders are considered especially auspicious and are bought for weddings and other important occasions. Weavers in Kanchipuram who weave elaborate sarees known as kanjeevaram make prolific use of the swan motif.

When woven in silk, the annapakshi is usually embroidered in a gold thread known as zari, giving the saree a regal look. Silken sarees in India are known for the use of contrast colors, and the swan motif in zari adds to the elegance of the border. For sarees woven in cotton, the swan motifs are also embroidered in cotton.

Whether woven into ancient stories or elaborate silk sarees, the divine annapakshi swan remains one of the most beloved traditional Indian motifs.