What makes a weaving “modern?” In Barbara Mitchell’s overshot scarf it’s taking a very traditional structure and turning it on its head.

When Susan Horton and I first came up with the theme “Thoroughly Modern Weaving” for the September/October 2020 issue of Handwoven, we weren’t quite sure what we would get. In fact, we left the description somewhat vague, asking weavers to send us projects using their own interpretation of modern. Well, I’m happy to say the resulting issue has many wonderful projects, each with its own interpretation of what makes it a modern weaving.

While I love all the projects in the issue, the one that stuck out to me the most is Barbara Mitchell’s Overshot Redux Scarf. I’ve written before about my love of overshot and its rich history in the Americas. Though I wove my Ancient Rose Overshot Scarf using a variegated-pattern weft and Tencel, it’s still very much a traditional use of overshot; one look and any weaver will recognize it for what it is. Barbara Mitchell, however, takes traditional 4-shaft overshot and plays with it to create a twenty-first-century scarf. 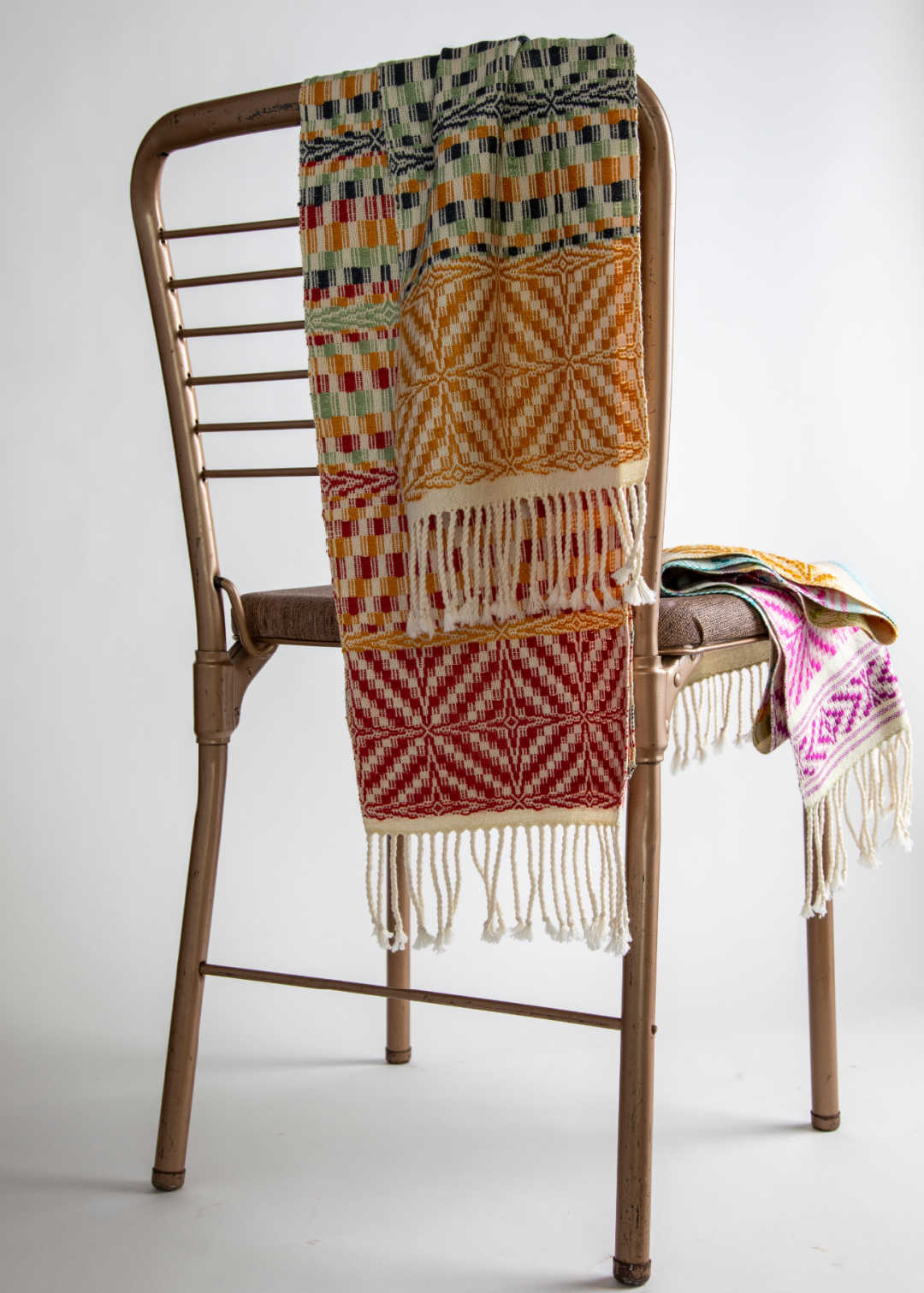 Barbara Mitchell’s Overshot Redux Scarf plays with traditional overshot and turns it into something thoroughly modern.

What first stands out to me in this scarf is the color palette. While it’s not uncommon to have more than one color used as the pattern weft in an overshot piece, typically color changes are done at the end of specific treadling sequences so as to better showcase the different patterns. Barbara, on the other hand, takes a joyful approach to color changes as she weaves half a treadling repeat with a green-pattern weft and the other half she stripes. Sometimes the striped areas have 2 colors; sometimes they have 3 or 4. There is no way you would mistake this scarf for an antique.

Then there’s the pattern itself. In some areas, she keeps the stars mostly symmetrical, and in others she slowly elongates them. It’s instantly recognizable as overshot, and yet it’s so different from the norm. It’s the kind of piece where you just have to keep looking, which is no small reason why it’s also our cover project for the issue. 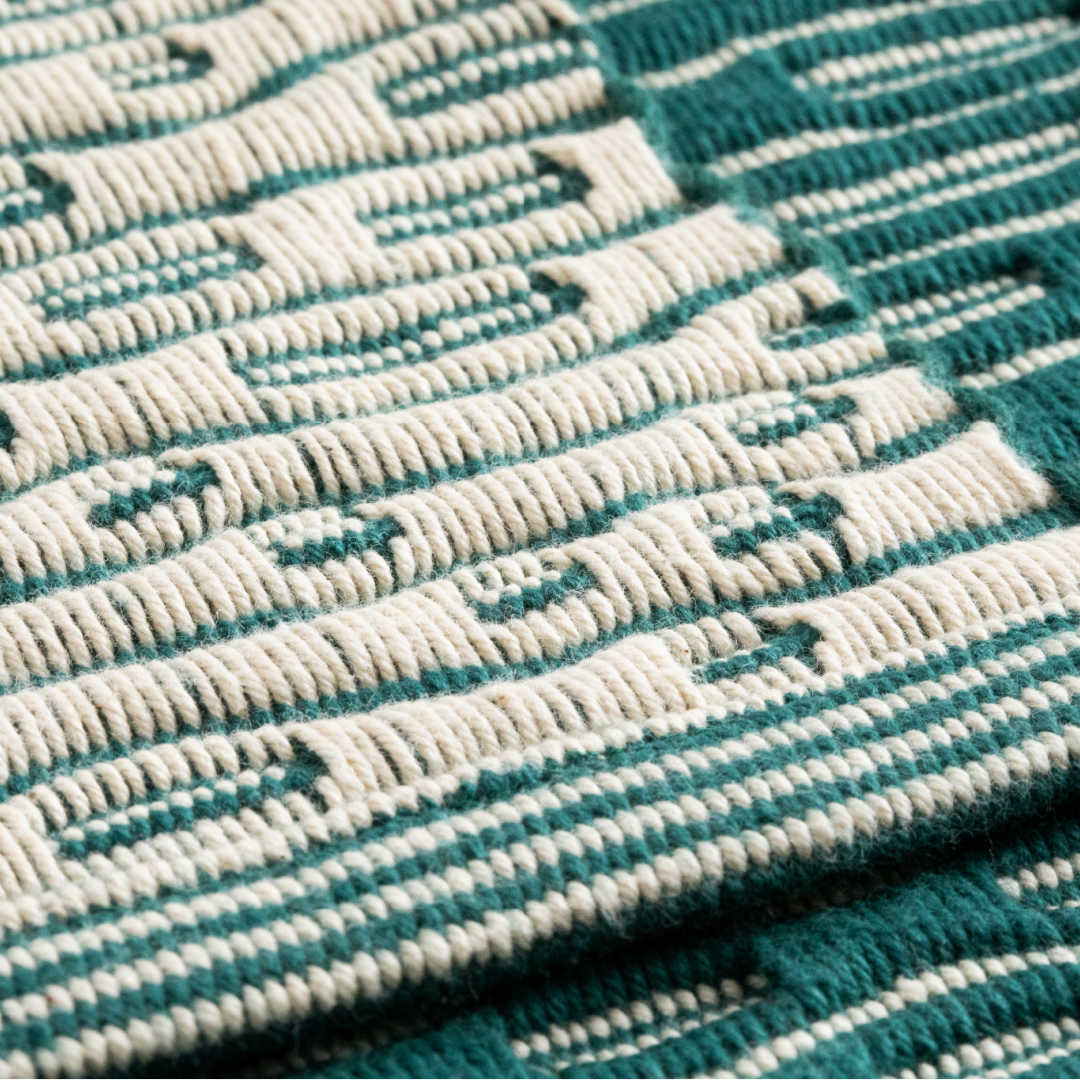 Of course, the issue has much, much more to offer than just this one scarf. There are bamboo shadow-weave napkins, a rep runner that features ripples and curves instead of the usual straight lines and right angles, and a set of lovely hemp towels. (Hemp, of course, is far from modern, but only recently has it been easy for American weavers to get their hands on hemp, much less hemp in colors other than bleached and natural.)

For those who are more interested in the way modern weavers keep traditions alive, there’s also a fabulous article about Lily Hope, a Tlinglit weaver who specializes in Chilkat weaving. Lily weaves using traditional materials and the methods she learned from weavers past to create gorgeous pieces that honor her heritage. After all, no matter how advanced our gadgets might be or how new-fangled our yarns, when we sit down at our looms and throw our first picks, we are deeply connected to all those who came and threw shuttles before us.