All About the Teasel Hand

One of the lesser-known contributions of the natural world is the teasel, or, more specifically, the teasel seed pod from the aptly named fuller’s teasel. These spiny seed pods may look uninviting, but they used to served an important purpose.

Close-up of a teasel hand with bits of wool fiber still attached. PHOTOS BY CHRISTINA G

Throughout time, weavers have taken advantage of what they could in the natural world. They have used plants, animals, and, yes, even bugs to help them create their perfect yarn and finished cloth, and many of these are still used today. One of the lesser-known contributions of the natural world is the teasel, or, more specifically, the teasel seed pod from the aptly named fuller’s teasel.

These spiny seed pods may look uninviting, but they used to serve an important purpose. Weavers of old would attach them to a wooden frame and handle to create what’s known as a teasel hand or teasel cross. This tool was used to brush woven cloth to raise the nap of the wool. Workers would carefully brush the woolen cloth with the teasel hand, and then the nap would be trimmed evenly and close to the cloth to give it an even texture. (I discovered some of these tools while touring La Purisima Mission State Historic Park in Lompoc, California, a Spanish Colonial which featured a weaving room set up with traditional Spanish Colonial looms and tools.) Later, the teasel gig was invented. The machine, which was like a large grindstone with teasel pods covering much of the surface, would spin over the cloth and do the work of many hand-brushers. 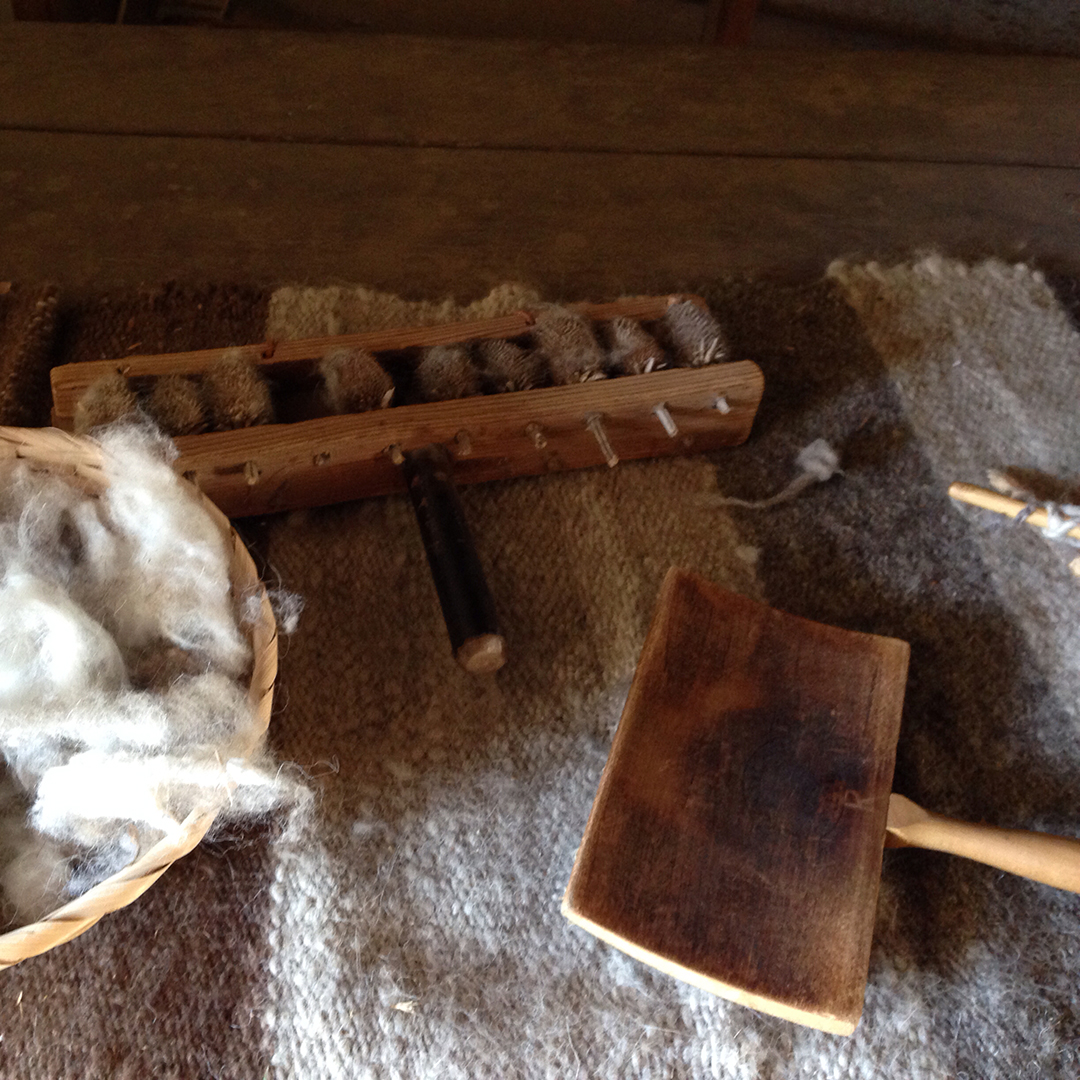 A teasel hand sits near a handcard in the weaving room of La Purisima Mission State Historic Park. Both tools were used by Spanish Colonial weavers.

There is some debate over whether the teasel was used for handcarding wool to prepare it for spinning. Part of the confusion comes from the fact that sources such as the Oxford English Dictionary make no distinction between handcards used for unspun wool and handcards used for woven wool. From what little I can gather, teasels were used on woven wool, while handcards similar to the ones we know today were used on loose wool.

What of teasel hand today? Generally, metal brushes are used to raise the nap on woolens most of the time, although there are still weavers around the world who use the teasel. Some say metal brushes can’t match the fine work of the teasel. Also, metal tools can potentially rip or otherwise damage fabric, but when the teasel hits a snag, it will simply break.