If you like mid-century modern design, then you’ll absolutely love the March/April 2021 issue of Handwoven.

From left, Diane Pigg’s Mid-Century Shadows and Yvonne Ellsworth’s Mid-Mod Coasters. Both are from the March/April 2021 issue of Handwoven, and both would look great in Christina’s house. Photos by Matt Graves

When picking out projects for the March/April 2021 Mid-century Modern issue, I remember being disappointed. Not in the projects, but in the fact that because of my early October due date, I’d be out on maternity leave while everyone else got to work on what would no doubt be a stunning issue. Even though I was sad not to work on this particular issue, the silver lining was being able to do something I haven’t done in almost a decade: open a brand-new issue of Handwoven with no idea what I’d find inside.

When the issue finally arrived, I opened it as I held a sleeping baby and almost woke him up as I oohed and aahed over everything. As I expected, it was a truly gorgeous issue of Handwoven—the projects, the styling, the color palette—everything absolutely shouted mid-century modern. If I saw any of these projects sitting in one of Frank Lloyd Wright’s houses, I wouldn’t even blink an eye. And honestly, I would love to have each and every one of these projects in my not even remotely mid-century modern adobe farmhouse. 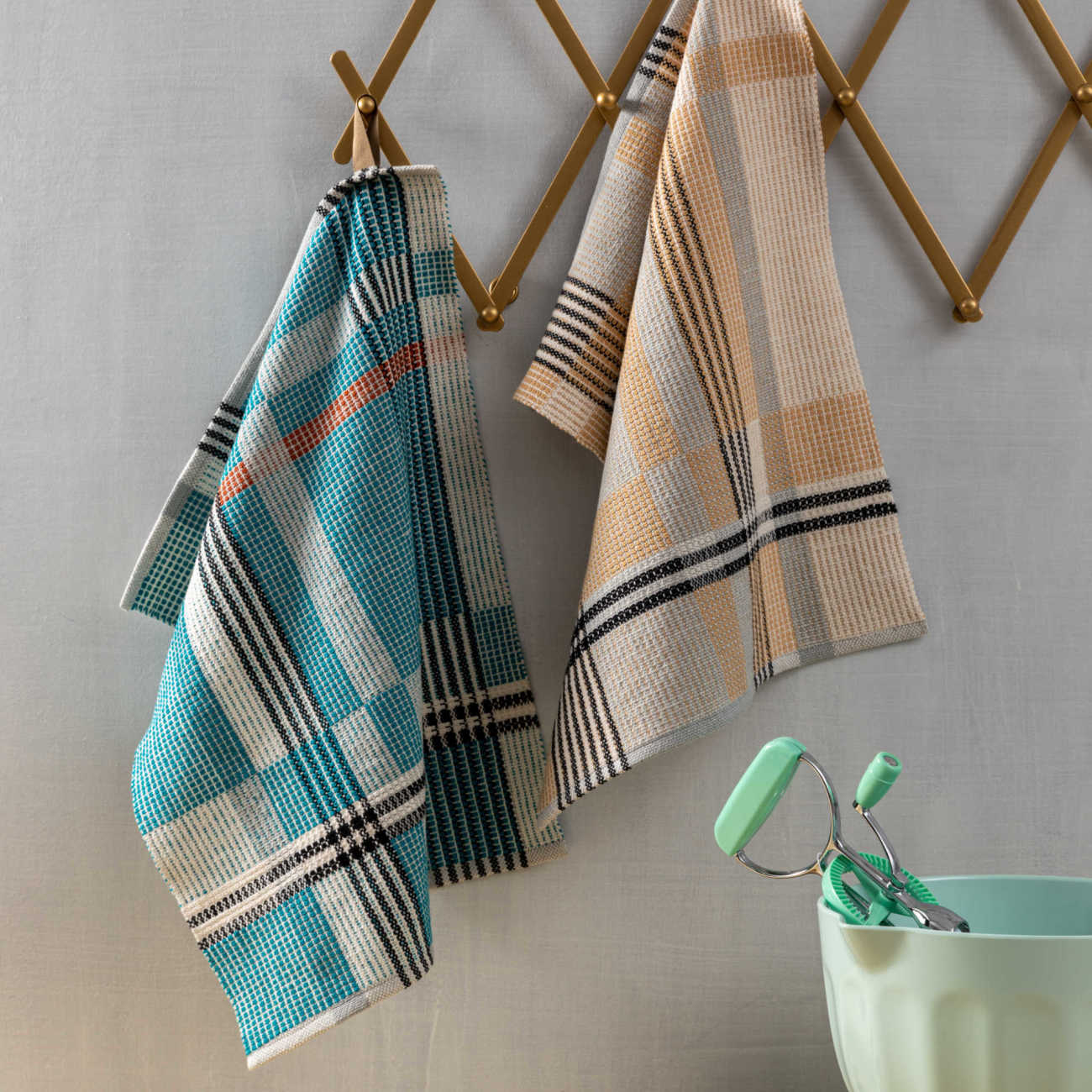 At the moment I feel drawn toward Diane Pigg’s Mid-Century Shadows, probably because the turquoise and sunburnt orange-red wouldn’t look out of place in my Southwestern home. Then again, Yvonne Ellsworth’s Mid-Mod Coasters also have a similar palette done in Krokbragd on a rigid-heddle loom, and I could absolutely imagining how gorgeous a set of those would look on my table during a post-COVID-19 cocktail party.

Or, of course, there are Christine Novotny’s Bauhaus Weaver Hand Towels, one in blues with a strip of bright red and one in a subdued, neutral palette. Either one would look fabulous in my kitchen or casually tossed on my shoulder as I whip up some canapes or perhaps an aspic. Really and truly, I am obsessed with all the projects in the March/April 2021 Handwoven, and I think you will be, too.