Weave Krokbragd on an Inkle Loom (it's easy and delightful)

Joan Sheridan shows how to weave adorable sheep and a traditional graphic pattern with turned krokbragd. Photo by Matt Graves

Looking at the sweet little sheep and multicolored diamond patterns of Joan Sheridan's bands, it's easy to think that they must be tablet woven or involve some fiddly pickup technique. But really, it's just a clever technique for weaving a three-shaft pattern on an inkle loom.

Besides the irresistible results of the turned krokbragd, Joan Sheridan has a few tricks up her sleeve. The longtime owner of Heritage Spinning & Weaving, Joan has learned to help her students avoid and recover from mistakes. Whether it's a well-placed bag clip, some painter's tape, or a stack of hair elastics, I picked up so many inkle-weaving tips watching her new course, Weave Turned Krokbragd on an Inkle Loom. And her method for making a continuous string heddle is definitely going into rotation for my rigid-heddle weaving. 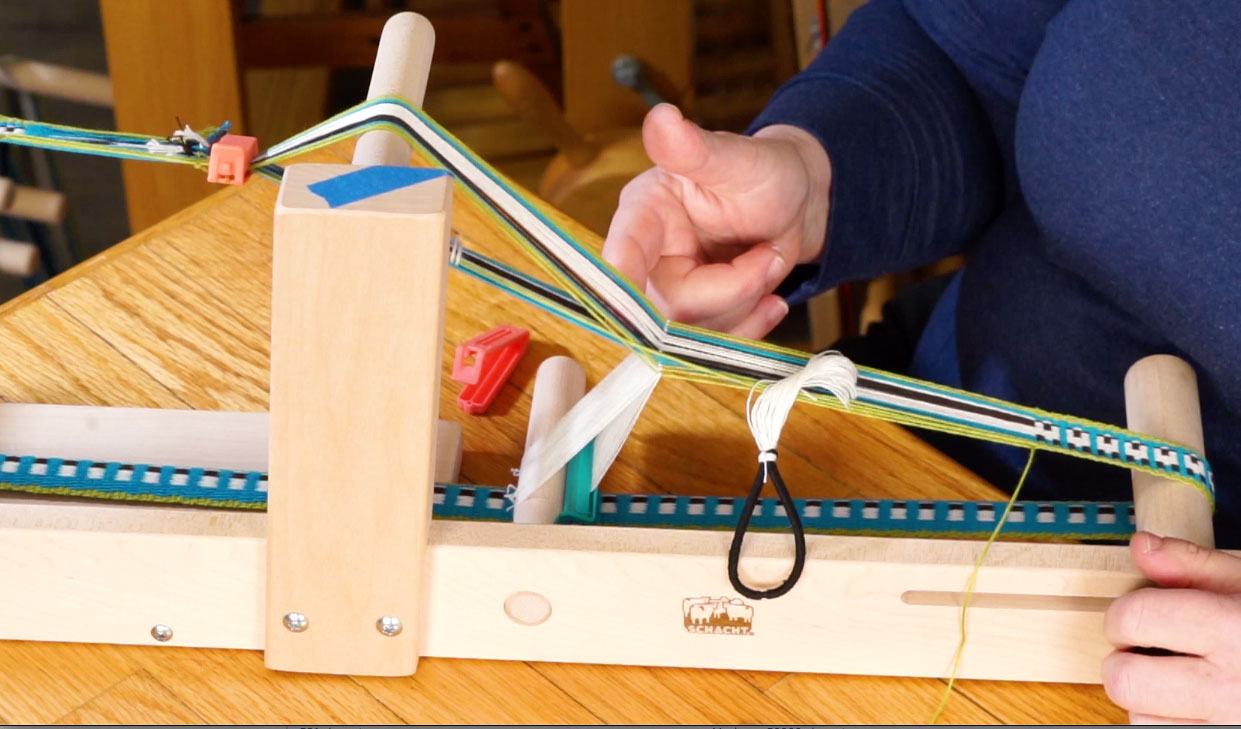 With a few tweaks, you can create a third "shaft" on an inkle loom.

Along with the instructional video, the Weave Turned Krokbragd course includes pattern PDFs, warping plans, and diagrams to understand the weave structure. It took me a few tries to understand the mechanics of setting up the loom and warping it correctly, so referring to the diagrams often was a must for me.

Not everyone falls in love with band weaving right away. It can take some imagination to find uses for the miles and miles or ribbon that a prolific inkle weaver can create. But between the loveliness of the designs and the portable, habit-forming nature of the weaving, turned krokbragd won me over.